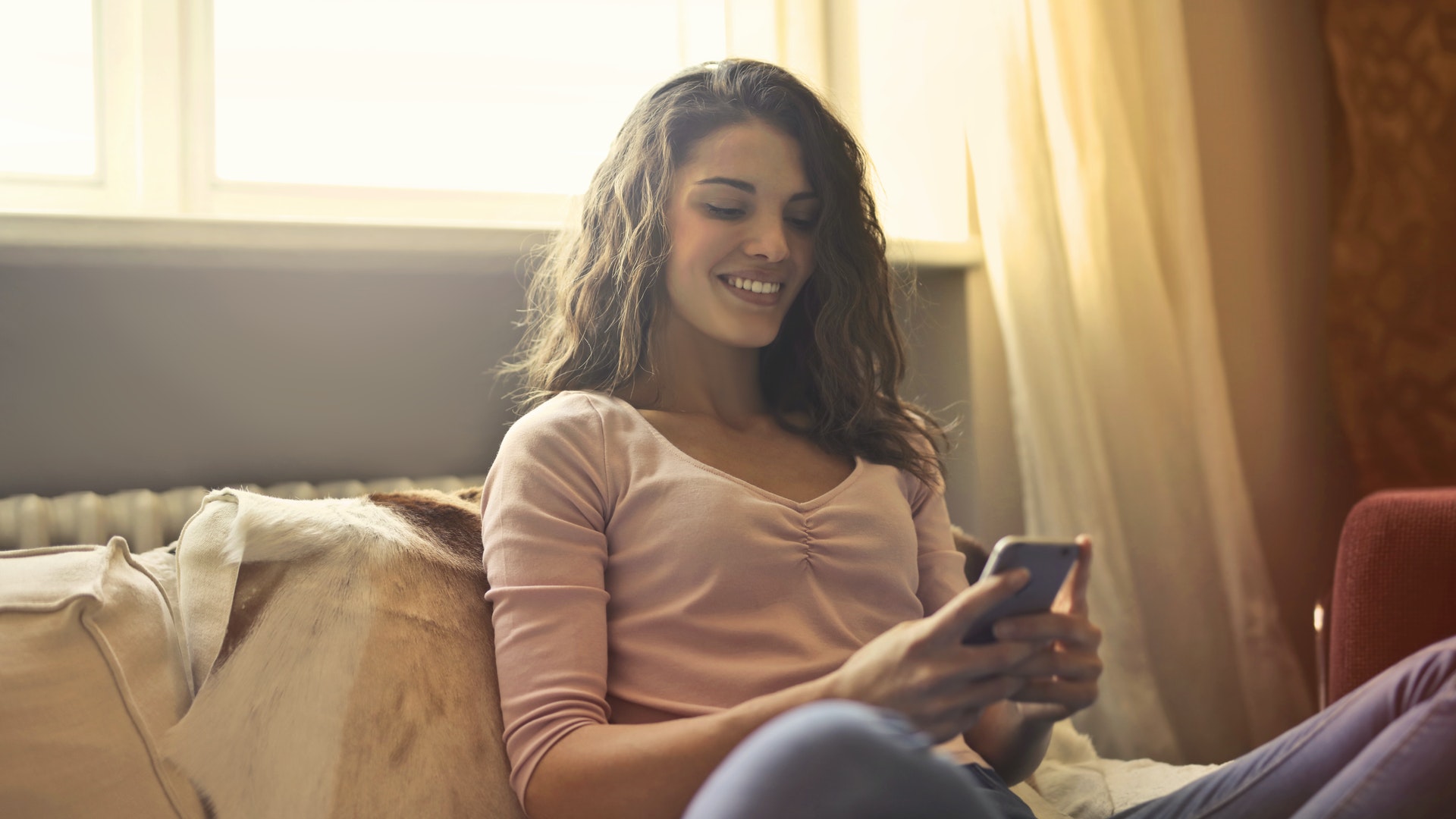 Are you constantly getting ghosted by the women you want? Most likely, you need to learn how to text your crush without being boring.

The key to texting your crush without being boring is to avoid the same “getting to know you”  messages that every other guy sends. It’s better to share fun and interesting messages that show her something unique about your personality.

This is the basic rule to remember at all times, but keep reading. Below, you’ll find an in-depth guide to texting your crush without boring her to tears.

You’d be shocked at the amount of messages that women get from men trying to date them. Find a female friend and ask to see for yourself.

Even plain-looking women are overwhelmed with messages on dating apps, social media websites and messaging apps like WhatsApp. Then, on top of that, she’s probably getting notifications from YouTube, Netflix, ASOS and whatever other apps she’s using.

As a man, it’s crucial to be more fun and original than every other guy on her phone. You’re competing for her attention with all of them!

Sure, if you’re a male model with 16-inch arms and a million dollars in the bank, maybe you don’t have to worry about sending exciting text messages. Your crush will probably be excited to hang out with that guy, no matter what he texts her.

For the rest of us, it’s crucial to be more interesting than the other men competing for her attention.

4 Types Of Text Messages That Bore Women To Tears

When learning how to text women in a fun and exciting way, we should first explore some examples of text messages that bore women to tears.

The good news is: these are the types of messages that most guys send. That’s part of the reason why they’re boring. So, just by avoiding these awful texting habits, we can do a lot to appear more interesting than every other guy.

The amount of guys who try to start a conversation with some version of ‘Hi’ or ‘How Are You?’ is ASTOUNDING.

In a recent study of online dating openers conducted by BeyondAges, it was found that 23% of men opened with a variant of “Hi” and a further 15% just asked “How Are You?”.

By doing this, you’re putting the onus on the woman to make the conversation interesting. Most women will have no motive to do that unless they’re already incredibly attracted to you.

In the BeyondAges study, a further 31% of guys opened by complimenting a woman’s appearance. More than half of these were generic compliments like “you are beautiful” or “you are hot”.

It’s not inherently awful to compliment a woman, but the problem is: she hears this all the time.

If you were told that you were “handsome” several times per day, the compliment would lose its impact pretty quickly, right? Well, that’s what’s happening to these “beautiful” women.

If you’re going to compliment a woman, make it unique and interesting. Pick something specific that you like about her that you couldn’t potentially send to every other woman on a dating app.

Maybe you tell her that her eyes remind you of the clear blue oceans surrounding Bali, for example.

Compliments also bore women because they make them feel like they’ve already won you over. There’s no space left for them to chase you, and that’s what they like to do.

But hopefully, you can see how comparing her eyes to a specific ocean is more interesting than “you are beautiful”.

Asking The Same Boring “Getting To Know You” Questions

It makes sense that you would want to try and get to know a woman before you ask her out – and the most obvious way to do that is to ask her a question. For sure, this is a better strategy than opening with “Hi” or “You’re beautiful”.

The problem is: most guys ask the same boring “getting to know you” questions that she’s heard a million times before.

“What do you do for a living?”

“What are you looking for on Tinder?”

“How was your weekend?”

I almost fell asleep typing these out.

Generally, it’s better to take a guess about the answer rather than ask her a question (as you’ll see below). But if you do ask a question, make it an amusing one she’s never heard before.

Anything That Isn’t About You, Her Or The Both Of You

This can be defined as “smalltalk”.

Smalltalk won’t lead you any closer to going on a date with this woman.

Plus, if it’s a topic she doesn’t care about, you can almost guarantee that you’ll be left on read.

Now, you know what NOT to do, let’s take a look at some examples of text messages that actually get replies.

As humans, we are all inherently selfish. The most interesting conversation topic in the world to all of us is ourselves. While we know deep down that we shouldn’t care what other people think of us, we can’t help but wonder.

That’s why assumptions are so powerful when messaging a woman.

Let’s imagine you told a woman: “You look like the type of girl who pretends to be innocent but has a hidden naughty side.”

This woman will not be able to help but wonder what led you to make that assumption about her. The only way she’ll find out is by texting you back to ask you.

Why do we love movies and TV shows so much? It’s because they allow us to escape from the monotony of everyday life and immerse ourselves in an exciting adventure instead. With roleplay texts, you encourage a woman to do that with you.

“On our first date, we’re going to rob a bank. I’ll bring the balaclavas. You let me know how you want to spend the cash afterwards.”

A ‘ping text’ is essentially a fun update from your life. You don’t have to ask her anything about herself. If she likes you and the update is interesting enough, she’ll reply.

Ping texts are especially engaging if they include a cool photo or video of you. Bonus points if you know the activity relates to her in some way.

“I’m in East London and surrounded by hipsters. The gin is way better than in Amsterdam though”.

If she’s from East London or The Netherlands, if she loves gin or hates hipsters, she’ll surely appreciate this text.

As a rule, it’s far more engaging for her to learn about you than to tell you about herself. This allows you to stand out as a great catch more easily.

There’s undoubtedly a lot of value in this post that will help make sure that the women you want are excited to text you back.

But, if you want to go deeper, I’d recommend you buy Ice White’s book The Message Game on Amazon today.

This book is absolutely packed with examples of successful Tinder openers, strategies to ask a woman out on a date, how to get her to come straight to your house and a lot more. These strategies are backed up with screenshots of chats that the author has actually had during his Tinder adventures, so you can be sure that his advice is legitimate.

The truth is: every text message I send to women has been inspired by this book. It has turned my online dating experience from frustrating to successful, and I know it can do the same for you too.

A lot of guys struggle to get a text back from women these days, mainly because they’re competing with so many other guys for attention.

Thankfully, it remains true that most guys are incredibly boring when sending messages to their crush.

The strategies in this guide should therefore help you to stand out and become that guy that she’s excited to reply to and hopefully meet for a date.