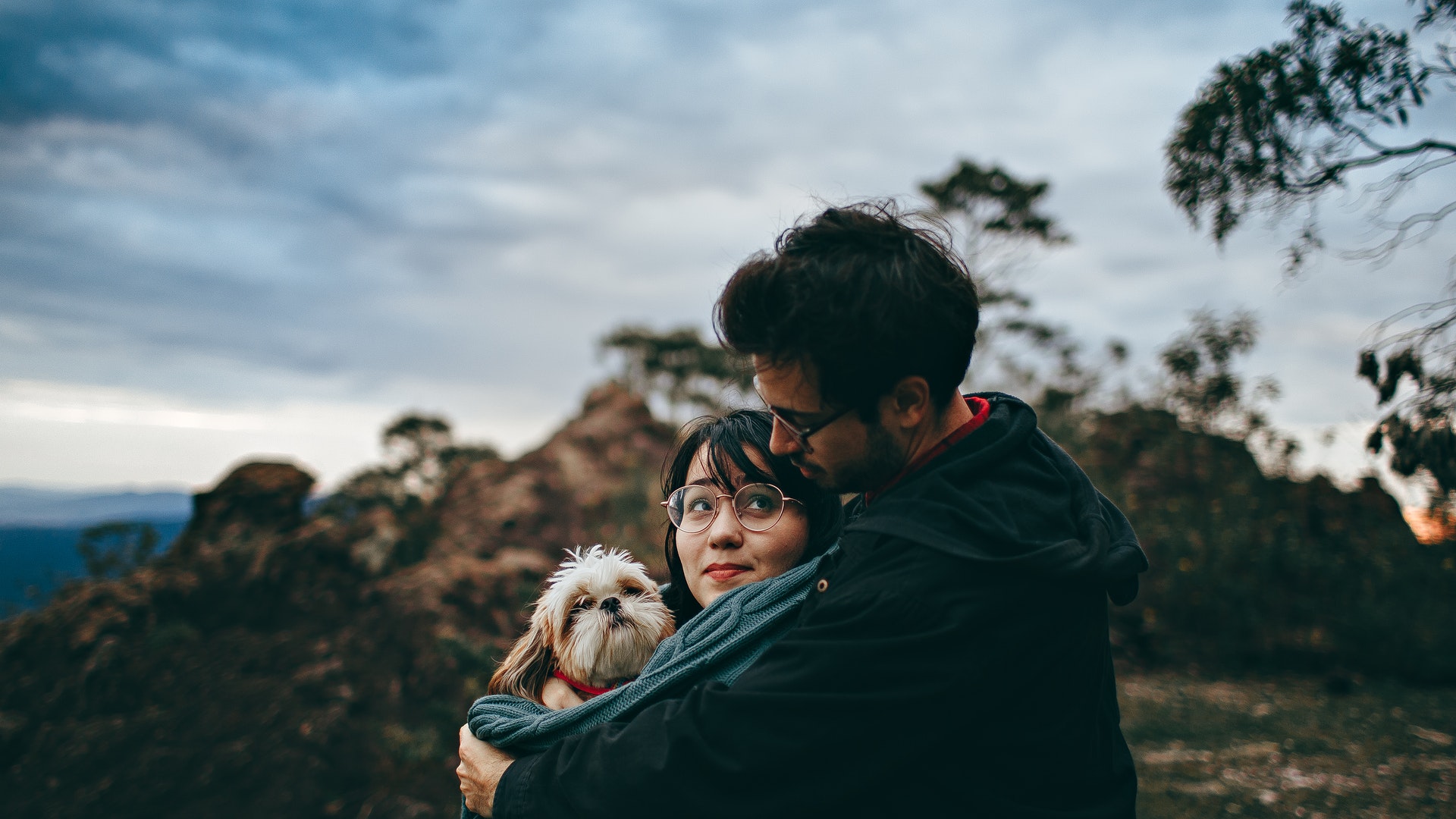 Are you wondering what it means when a guy hugs you from behind? It could mean a lot of things…

When a guy hugs you from behind, it’s often a way of showing that he’s here to protect and never wants to let you go. He could also be communicating to the outside world that you’re his woman and no-one else should step up to talk to you.

We’ll take a look at these reasons and a few more in greater depth below.

Here are 8 of the most common reasons why men like to hug the special women in their life from behind.

He Wants to Protect You

When a guy hugs you from behind, he completely covers your back with his body, protecting a vulnerable part that is your back. It is an unconscious way most of the time to show that he protects you from the surrounding environment. And what a cute way to show it!

By nature, the man will look for a way to show that he is your companion. On top of that, a hug from behind is a way to send the message to the guys around them that he is with you and is capable enough to protect you. Do not be surprised that some guys avoid approaching you in his presence.

If you notice a guy always hugs you from behind at nightclubs or parties, it could be taken as a sign that he’s a somewhat jealous and controlling guy. Everything will depend on the situation and the feeling that he transmits to you at the moment of hugging you, since you will surely feel invaded and uncomfortable in these moments.

Undoubtedly, the act of breaking physical limits and having a more personal contact is the clearest sign of trust, since both parties allow this contact and strengthen the emotional bond they are creating.

This is the clearest sign that a guy is willing to be with you in the good times and in the not so pleasant ones. A hug from behind with his hands intertwined with yours and resting lightly on his chest, is a tender show of support and accompaniment in those difficult or vulnerable moments.

Gesture of Love and Tenderness

Guys are sometimes shy or proud to show their affection, or they just have no idea how to do it. By hugging you from behind, they don’t have direct eye contact with you, which makes them feel safer. Evem so, whether he’s hugging you at home or in the park as you watch the sunset, there’s no reason not to enjoy these spontaneous gestures.

He’s Trying To Seduce You

Sometimes, guys feel safer and more comfortable showing their affection in private. In these moments, they act more confident and could show more than you imagine. A seductive hug from behind, stopping their hands with yours at your waist could certainly be an intense sign of his affection and interest in you.

He Wants To Whisper Sweet Nothings In Your Ear

By having close body-to-body physical contact, it will be the perfect means to show you a little more by hugging you from behind and whispering a nice compliment. He could even give it a more romantic touch if you accompany it with a delicate kiss on the cheek.

He Doesn’t Want To Let You Go

Without a doubt, when a guy enjoys your company, he will not hesitate to show you his affection by spontaneously hugging you from behind. Whether you’re enjoying a nice walk or in more intimate moments, he could be subconsciously communicating that he doesn’t ever want to let you go.

Hugging from behind is the most usual way in which affection and protection are shown, in which guys want their girl to feel safe and protected with them.

You don’t have to doubt that this guy is crazy about you, if he constantly hugs you from behind and caresses you tenderly.

If you want to learn more about the behaviors of men and how they differ from women, I’d recommend you read the classic text Men Are From Mars, Women Are From Venus by John Gray. This book will help you understand how to communicate with the opposite gender, as well as why they do what they do.

Now you know the reasons why guys hug you from behind, I hope you’ll be able to enjoy this embrace even more.

As you may have noticed, these reasons are all born out of love. So, make sure to treasure these moments with your special guy.

And don’t hesitate to show him just as much affection in return.