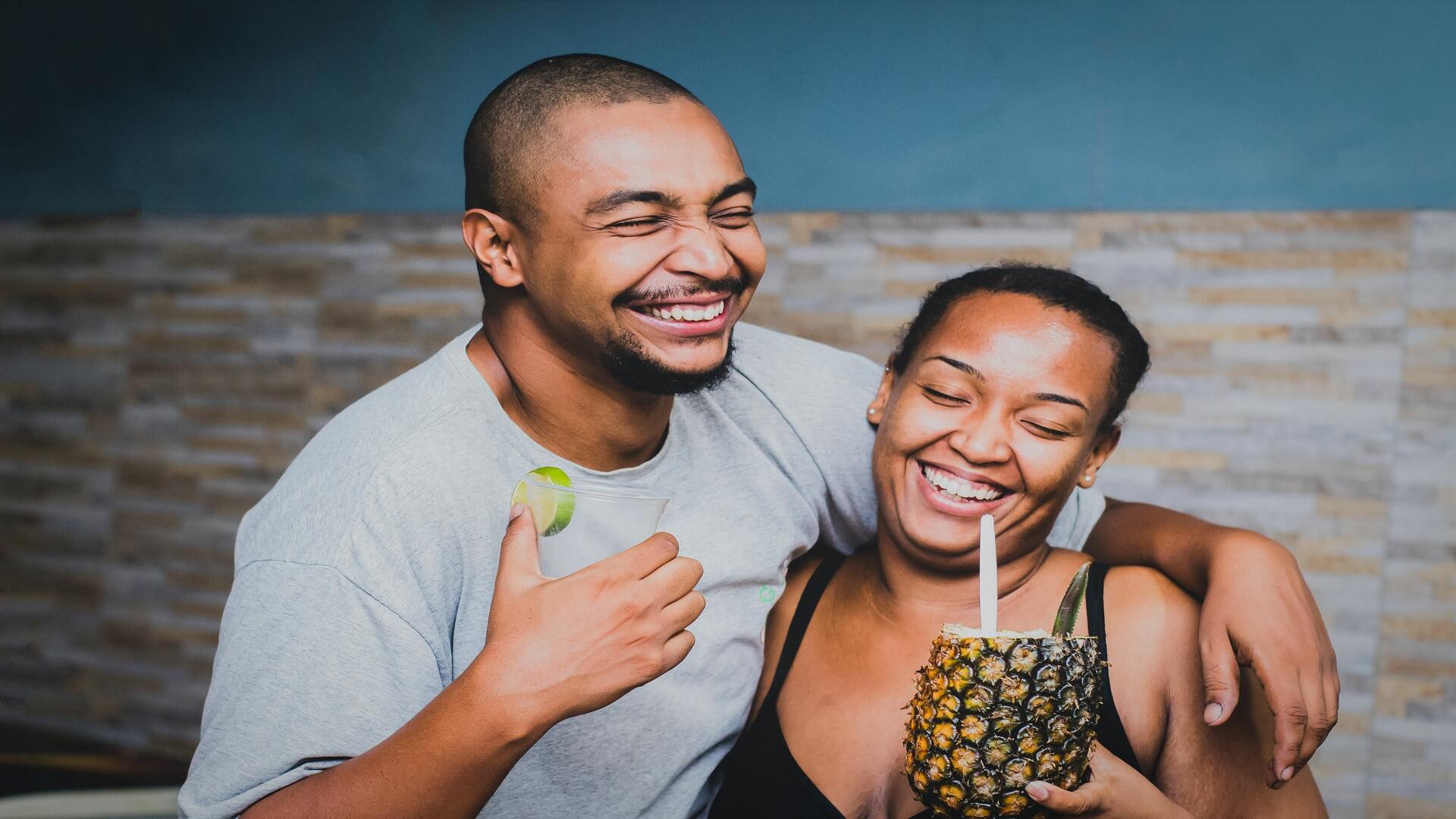 You’re about to learn a foolproof strategy for how to not be awkward around girls. Keep reading to learn more.

The solution to not being awkward around girls is committing to whatever you decide to do or say around women. Own it! When you behave as if your words and actions are truly awesome, people tend to believe it too and you will come across as confident rather than awkward.

In this guide, you’re going to learn how to own your words and actions, why this stops you from coming across as awkward, and why this is such a power move that’ll make women more attracted to you.

Where Does Awkwardness Come From?

Awkwardness comes from a misalignment in your thoughts, intentions, and actions.

Let’s look at some examples.

The Shy Guy Asking Out His Crush

Joe is shy, but he’s desperate to ask Stephanie on a date.

These thoughts cause him to hesitate, speak too quietly, and constantly look around to see if anyone is listening. She feels his nervousness and that makes her nervous. The whole thing is way bumpier and awkward than it could have been if Joe just focused on his intention.

Making Smalltalk When You Want Something

Let’s say Joe is more confident, but decides to go for an ‘indirect opener’ and talk about the weather first.

Here, Stephanie will feel that Joe is hiding something. It’ll show in his body language and his voice. Maybe you’ve experienced this awkward sensation when a homeless person (or a stripper) tries to make smalltalk, even though you know they really just want your money. Perhaps your little sister has been overly nice to you, when she really just wants to borrow your car.

Trying To Play A Prank Someone

Now, let’s say that Joe is only asking Stephanie out for a bet.

Unless he’s an incredible liar, Stephanie will usually be able to sense that something is wrong. Indeed, when someone is being dishonest, it will always show in their body and voice.

In all of these scenarios, the other person immediately senses something is ’off’. It’s like a tricycle with a wonky wheel. They might not know exactly what is wrong, but they’ll feel that something isn’t right. This creates tension or ‘awkwardness’.

Whenever your thoughts, intentions, and actions are aligned, everything feels right and there’s never any awkwardness at all.

How to Own Your Actions – and Never Be Awkward Again

As you may see from these examples, a big part of not being awkward around girls is to be honest, proud, and direct about what you want.

There’s nothing to be ashamed of, so you shouldn’t act as if there is.

Of course, if you currently feel ashamed or embarrassed to flirt with women, this advice isn’t terribly useful.

So, now let’s take a closer look at how you can be more proud and confident when flirting.

Work On Your Self-Esteem

If you’re ashamed or embarrassed to ask a woman out, it’s probably because you don’t think it’s a good deal for her.

But here are some of the more highly recommended ones.

When you act quickly to perform a brave act, you can bypass the stage of talking yourself out of it. Once you see a woman, count backwards from five and walk towards her before you hit zero. There’s no such thing as the ‘perfect moment’ to talk to a girl. The only perfect moment is as soon as you see her.

Stick To The Basics

There are plenty of clever pick-up lines and routines to be found online. But, unless you believe in these lines with all of your heart, they’ll probably come across as corny and inauthentic.

You’re better off saying whatever pops in your head. And if you can’t think of anything to say, stick to explaining what you want.

Be honest, proud, and direct.

Remember, making smalltalk when you want something completely different is inherently awkward.

When All Else Fails, Use Radical Honesty

If you’re really nervous to ask out a woman, you can tell her you’re nervous. If you do that with no shame or fear in your voice, you’re owning how you feel. That’s strength, not weakness. Most women will be impressed by this honest vulnerability.

Most likely, she’ll tell you it’s fine and that you don’t need to be nervous, and this should help to calm you down.

This form of radical honesty is usually a better move than pretending you’re not nervous, when your legs are shaking and you’re stumbling over your words.

It’s possible to make everyone around you feel awkward without feeling awkward yourself, if you don’t know how to read social cues. Most probably, you don’t want this to happen, so let’s explore how to read them.

Honestly, you should pick up most social cues naturally from socializing a lot.

Here are some basic examples:

There are hundreds more. For each of them, there’s always some smart-ass who can mention an exception to the rule. Still, these are good rules of thumb to follow.

If you’re not great at reading social cues (or even if you think you are), it’s great to double-check that a woman is comfortable with what you’re doing.

Again, if you do this without shame or fear, it’s not a weak move. In fact, it shows that you’re socially savvy. More importantly, it completely removes any awkwardness that would have arisen had you done it without asking.

Yes, there are some intimate moves that are more powerful – and less awkward – if you don’t ask. Holding hands. The first kiss. Removing her clothes.

As much as society preaches about consent, most women want a man who knows when to ‘just go for it’.

Thankfully, there’s a happy middle ground that’ll stop you from ever getting this wrong.

If you feel a woman’s body tense up when you’re getting physical, STOP. You’re making her uncomfortable.

If you keep plowing forward, that’s going to get really awkward! In fact, she’s probably not going to want to hang out anymore.

However, if you make a big deal out of apologizing, that can kill the sexual tension.

So, the best move is to STOP, smile, then go back to talking as if it was no big deal. You can then continue flirting at a pace she’s comfortable with.

That’s also the best move when you make a verbal faux pas. Stop, smile, amend your behavior, then continue to have a good time.

If you’re lucky enough to have been on a lot of dates, this might be second nature to you. If you’re not that fortunate, take extra care to watch how a woman reacts to your words and your actions, then respond accordingly.

This guide is split into two main ideas.

First, be proud of your thoughts, intentions, and actions. Commit to them! Own them! Secondly, read the woman and alter your behavior if you’re making her uncomfortable.

If you can balance these two ideas well, you’ll never have to worry about being awkward again.