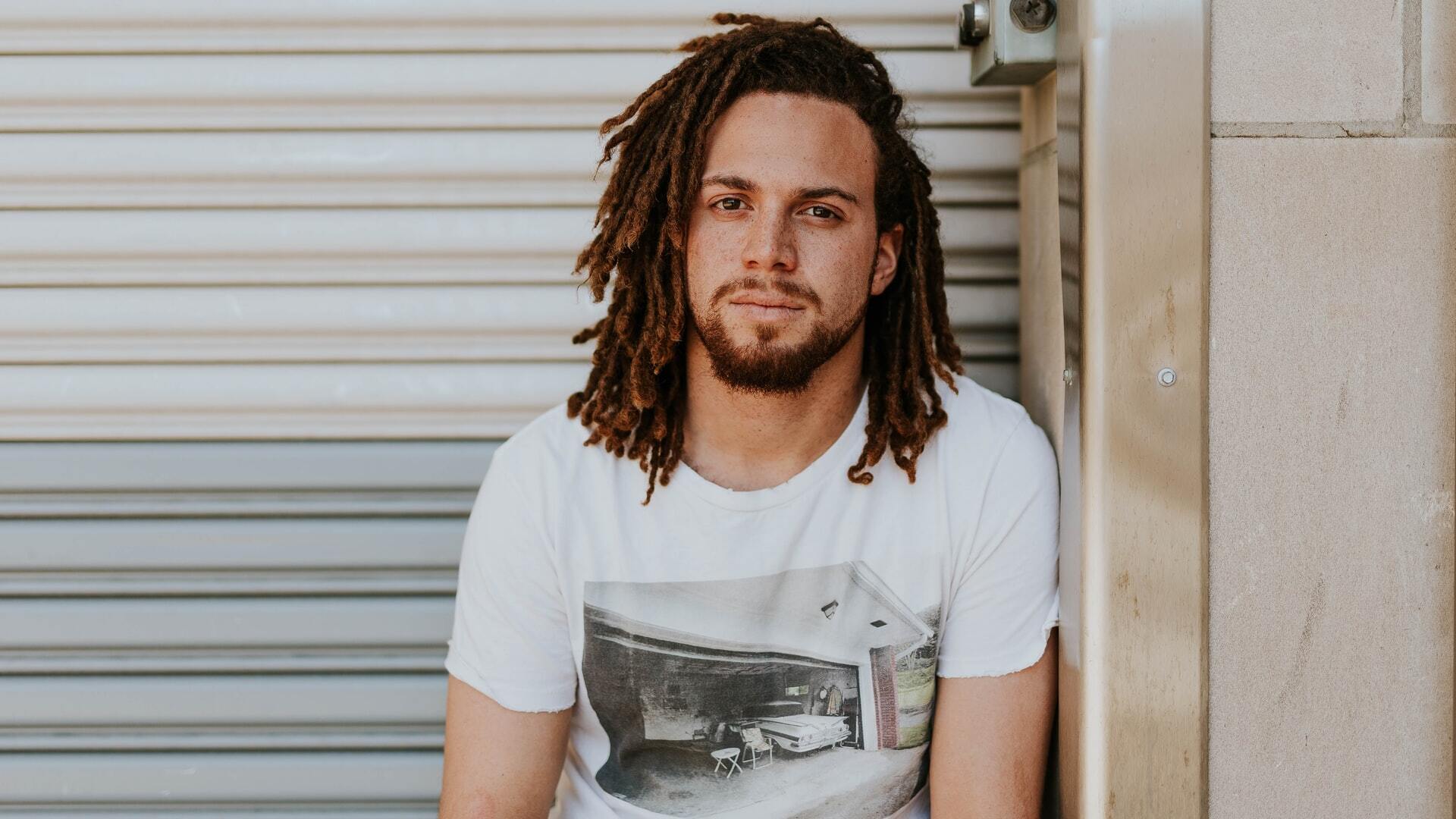 Do looks really matter in a relationship?

In this guide, we’ll dive deeper into why looks matter, but also why some personality traits matter more.

Why Do Looks Matter?

There are some online communities, most notably ‘the pick-up artist’ community for men, which suggest that looks don’t matter at all. This is complete nonsense.

With that said, there are also online communities, most notably ‘incels’ and ‘femcels’, who believe that looks are the only thing that matters when we select romantic partners. This is also nonsense.

We’ll explore why throughout the rest of this article.

How Much Do Looks Matter To Women?

On top of that, women only entered the workforce in great numbers in the 1960s. Even now, most women are expecting men to earn more than them.

Women are built to be followers. Feminine energy makes them that way, regardless of what society says the modern woman should be.

That’s why women are far more drawn to a man’s personality traits than his looks.

Now, being tall and strong is a physical sign that a man is able to do that. But a pretty face is not. A full head of hair is not. Biologically, these are irrelevant to a woman, and so it often proves in real life. The last thing she needs is a pretty boy, who is weak and unable to take care of anyone. A tall muscular man who can’t stand up for himself is also of little use to her.

An attractive woman will choose a man who is both handsome and has a strong personality.

An unattractive or emotionally damaged woman may choose a man who only has one or neither of these qualities, especially if she fears that time is running out to find someone to father her children.

Still, to the majority of women, the strength to look after her and her family is the most important factor to consider.

A final point to note: feminine women tend to make decisions emotionally, rather than logically. She may see a tall, strong, handsome man and logically decide: “Hell Yes! I want this man.”

But if another plain-looking dude can boldly approach her with a seductive personality and tickle her emotions the right way, he can prevail and be chosen. This is especially true when you consider that men are still expected to make the first move. If the traditionally good-looking man doesn’t have it in him to approach her, he’s unlikely to even be considered.

How Much Do Looks Matter To Men?

Throughout history, men have been the protectors and hunter-gatherers (now breadwinners). Men are built to be leaders. Masculine energy makes them this way, regardless of what society says the modern man should be.

A masculine man doesn’t need a woman to be emotionally strong to raise a healthy child.

That’s why a woman’s looks are the most important factor to him.

Now, there are plenty of personality traits that would make a woman a good partner and mother.

Loyalty. Obedience. Femininity. Kindness. These are qualities that help him de-stress after a hard day being a breadwinner. The last thing he needs is a drama queen that brings more stress into his life.

A strong man will only choose a woman who has both the physical and qualities to be his life partner.

A weak or emotionally damaged man may choose to settle with a woman who has only one or neither of these qualities, because he fears he won’t be chosen by a woman who has both.

Still, to the majority of men, a woman’s looks are the most important factor to consider.

A final point to note: masculine men tend to make decisions logically, rather than emotionally. In a romantic context, a man will see a young woman with huge boobs and a tiny waist, and logically decide: “Hell yes! I want this woman.”

A fat old woman could approach him with the most seductive personality, but if the young pretty woman is available, logic will prevail and he’ll choose her.

Do Looks Matter For A Serious Relationship?

In a serious relationship, men and women are looking for a partner who they can grow old with. Our looks fade as we grow older, so it makes sense that they should be less important when searching for our happily-ever-after.

Indeed, many older singles do tend to focus more on personality than young adults.

However, there is also a trend of the richest and most famous men getting into relationships with beautiful women aged 20-30 years younger than them. That’s a clever way to circumvent Father Time – and it’s clear proof of looks remaining very important to men in a serious relationship.

Yes, there are cases of old, rich female celebrities settling down with toyboys, but not as many. Indeed, younger men are less emotionally developed, and less likely to be fit to look after a powerful and successful woman.

Do Looks Matter For Hook-Ups Or Casual Relationships?

Hook-ups or casual relationships are primarily focused on short-term physical pleasure. As such, personality is nowhere near as important.

Both parties are looking to enjoy a sexy time with someone who looks and feels great.

With that said, women aren’t as turned on by weak men. Also, the man needs to be strong enough to approach the woman, charm her and lead the interaction to the bedroom in a way that doesn’t make her feel guilty or promiscuous. If you’re a good-looking guy without the ability to do that, you’ll find it tougher to get into hook-ups or casual relationships.

In fact, an ugly man who has learned to master the art of approaching and seducing women might have way more luck in this department.

The pick-up artist (PUA) community was formed mostly by nerds who weren’t traditionally good-looking. Together, they perfected pick-up lines and routines designed to simulate the actions of strong confident men…and it worked! Hence, the ‘looks don’t matter’ slogan was born. Their biggest problem was that women eventually saw through these routines, meaning PUAs would often struggle to form long-term relationships. The self always shines through.

Nowadays, the coaches in this community focus on helping men make permanent changes to their personalities that make them more attractive, rather than faking it. Many of these coaches now help students to improve their style and physique, conceding that looks do actually matter a little bit.

Interestingly enough, all marketing in this industry focuses on helping men meet ‘beautiful’ women. There appears to be no coaches in this scene encouraging men to meet plain women with a great personality.

Your Looks Give Away Clues About Your Personality

Hopefully, you’re starting to see why looks and personality are important.

The final point to understand is: your appearance gives away plenty of clues about your personality.

When you dress and groom yourself well, it shows you have the means and ability to look after yourself. It also indicates you have the self-respect to make yourself look as presentable as possible.

When you have a strong, athletic body, it shows you’re active, disciplined and care about your health. When you’re out of shape, that’s a clear sign you’re lazy, mentally weak and have no self-respect. (Yes, there are exceptions, but no one cares about your excuses).

It’s these clues that inspire people to have good first impressions of well-presented people, as much as the physical improvements to their appearance.

It’s no secret that your photos are the most important part of your online dating profile,

So, in the world of virtual dating, looks are even more important, even for women.

This is because it’s nearly impossible to make an emotional impact on a woman with photos and words on a screen.

A woman makes all her swiping decisions logically, meaning the most handsome man with the best photos wins.

It takes no strength, bravery, or charisma for him to write her a message on these apps, after all.

Meanwhile, the normal-looking dude, who could have won over this woman over with his personality, is swiped left before he even has the chance.

The best advice this guy could receive would be to post pictures which display his personality; perhaps he could show off his cool hobbies, impressive achievements, and cool lifestyle. But even if he did, he would still be better off approaching women in real life

It’s true that your looks have a huge impact when it comes to attracting a partner.

However, your personality also plays a huge role, especially if you’re a man.

Whether you’re male or female, the smartest thing you could do would be to max yourself out on both, focusing primarily on looks if you’re a woman and personality if you’re a man.