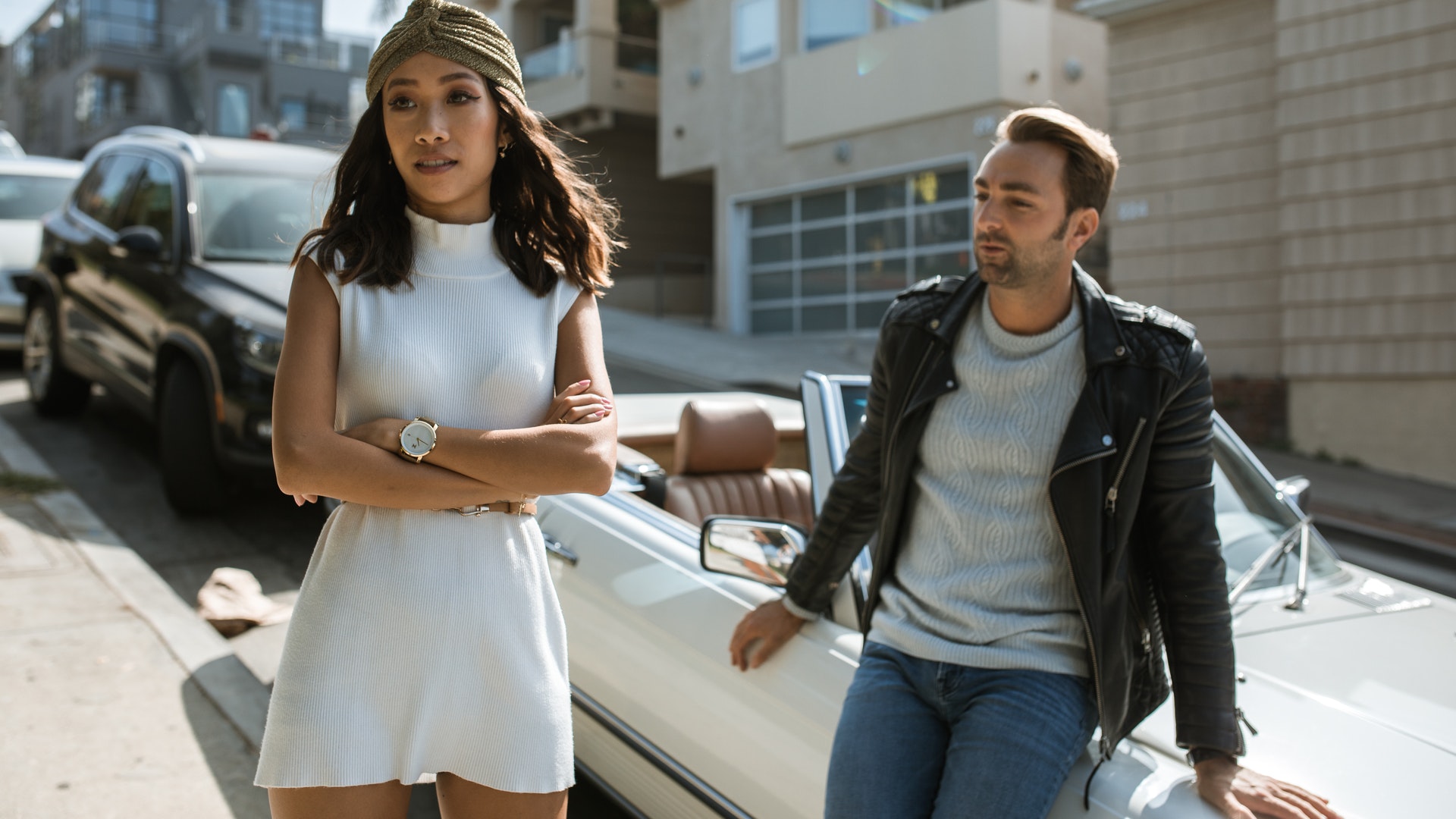 The most common reason your girlfriend would always be mad at you is because you’re not meeting her expectations of a partner. However, it might run deeper. Maybe she’s angry at herself, maybe she has an avoidant attachment style or perhaps she’s even poison-dripping to keep you in the relationship.

We’ll explore these reasons and a few more in greater depth below.

Here are the most common reasons why a woman would constantly be angry in her relationship.

1. You’re Not Meeting Her Expectations of a Partner

The most common reason why a girlfriend would always be angry at you is because you’re not meeting her expectations of what a good boyfriend should be.

You keep messing up, in her eyes at least. She expresses her disappointment through anger.

You might think that you’re a great boyfriend, and that might be the case in your eyes. Still, she expects better and that’s why she’s mad all the time.

So why doesn’t she leave if you’re not meeting her expectations? Well, the most heartening reason is that she still believes you have what it takes to satisfy her. She hopes that by getting mad at you when you mess up, she can teach you how to treat her the way that she desires. Are you listening to what she says she wants from you when she gets angry? By changing your behavior, you could put an end to this constant anger.

There are darker reasons why she stays even though she’s unsatisfied though. It could be that she doesn’t believe she deserves or could get any better. Maybe she’s relying on you for financial support. Or it might be that she stays to satisfy other people, such as your children (if you have any) or maybe even people that look up to her for having a boyfriend like you. Let’s hope it’s not any of these reasons though, as this really is a tough place to turn your relationship around from.

2. There’s Something Else Upsetting Her Outside the Relationship

If you’re really confused about why your girlfriend is always mad and this constant anger is a relatively new development, there’s every chance that there’s something else going in her life that’s making her act this way. Perhaps she’s hiding it from you because she doesn’t want you to worry, or because she thinks you’ll be mad.

Either way, when we have the constant stress of a rough life situation in our minds, it becomes easier to lose our temper at every misfortune that comes our way. Perhaps you have become the scapegoat for tough times that are forming outside your relationship.

If you think there might be something going on that she’s not telling you, the best thing to do is comfort her and remind her that she can tell you anything and you won’t judge her.

3. She Has a Short Temper

There might not be anything particularly bad going in her life at this moment and you might not be doing anything so bad to trigger her outbursts at you; it might just be that your girlfriend has a short temper.

With that said, a short temper usually stems from deep-seated trauma or insecurities. Short of encouraging her to see a therapist, there’s little you can do to change this.

It’s no secret that women love the ups and downs of romantic courtship. It excites them to wonder whether you will or won’t get together. That’s why they get bored of the ‘nice guys’ who do nothing but supplicate and are drawn to the ‘bad boy’ instead.

Often, when men get into an official relationship with women, the emotional intensity of that initial courtship dies down. For men, that’s great! Men typically want a peaceful drama-free relationship.

However, there are some women who crave the highs and lows of relationship drama. If you’re not going to create any, she’ll find a way to do it herself. This might be the reason she’s always getting mad at you.

As a man with a logical mind, this might sound crazy. But women have minds driven more by emotion. They need a relationship with emotional intensity to feel excited, to feel wanted, to feel ALIVE.

If you’re in a relationship with a woman like this, your best bet is to create positive emotional intensity with fun surprises and romantic gestures.

5. She Has An Avoidant Attachment Style

There are three attachment styles: healthy, anxious and avoidant. Those with an avoidant style are uncomfortable with intimacy, usually due to being let down by a loved one in the past. When someone gets close to them romantically, they react by pushing them away. They might go cold on their love interest or even get aggressive.

The best strategy for winning over a woman with an avoidant attachment style is to give them plenty of space. Slowly but surely show them they can trust you without coming on too strong.

Poison-dripping is a toxic and manipulative behavior that codependent people use to try and keep their partner tied into a relationship.

A codependent woman, believing that they’re not good enough for their partner, will often try to bring down his confidence through a series of verbal jabs.

The poison-drippers goal is to ruin your confidence to the point where you’re not confident enough to leave them.

Make no mistake about it, this is toxic behavior. Your girlfriend would be best advised to see a therapist if this is the reason why she’s always mad at you.

It’s a classic strategy of a guilty person to get angry at the person they wronged. They might do this consciously as a way of trying to hide the fact that they have messed you around. It might also happen subconsciously as the guilty partner tries to convince themselves that you deserve to be mistreated.

If you’re struggling to deal with the conflicts in your relationship and you’d like to understand your partner’s side of the story better, I’d recommend you read John Gray’s classic book Men Are From Mars, Women Are From Venus. This book would be great for either gender to understand the other and learn how to communicate with their partner in a more productive manner.

Now you’ve read this list of reasons why your girlfriend always gets mad, I hope it has become clearer what the problem might be.

Either way, the best way to find out the truth about what’s triggering her angry behavior is to sit down and talk about it without malice or judgment.

If you can learn to do that, you have a great chance of building a stronger relationship based on honesty and trust.