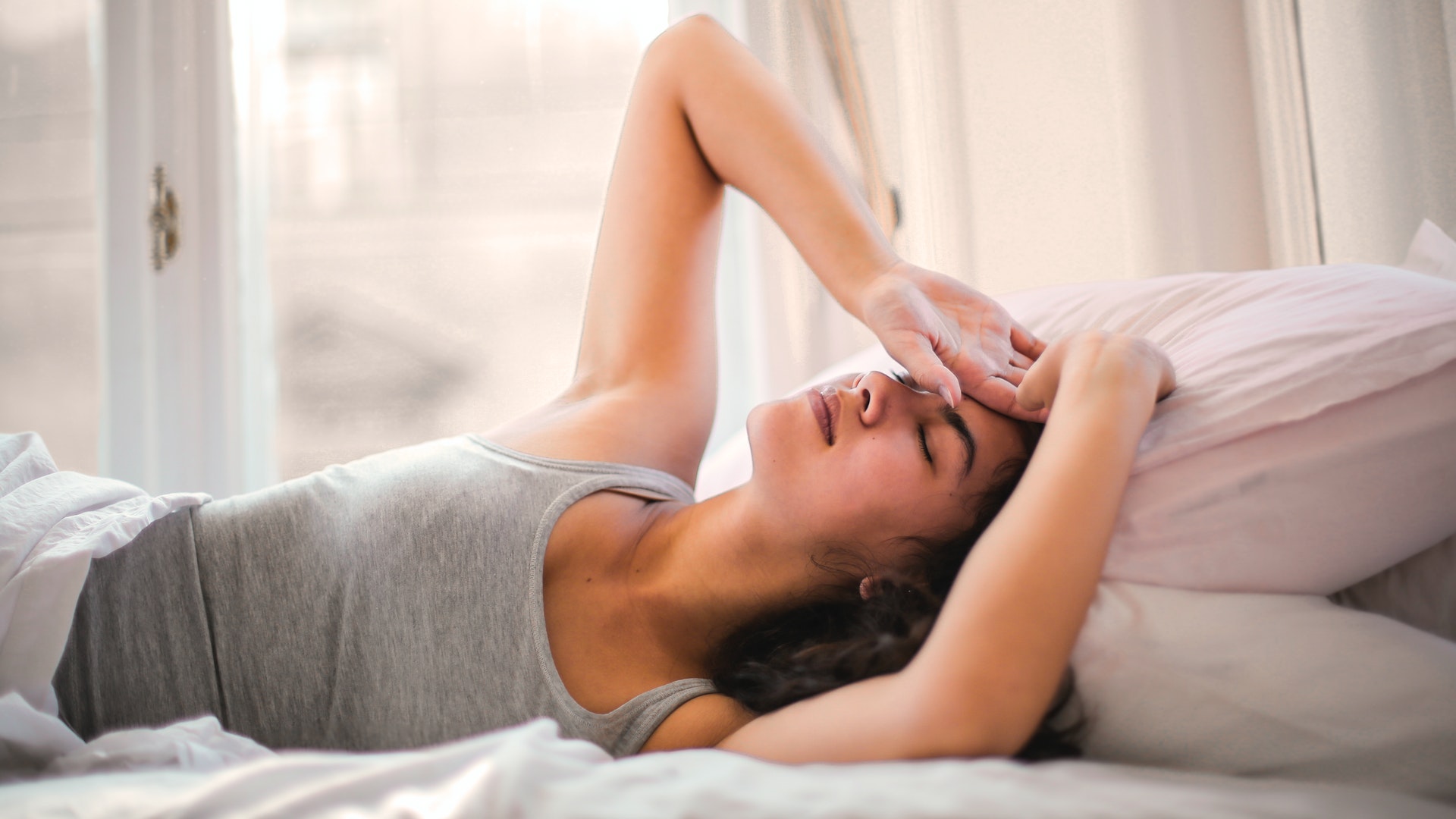 Are you wondering why your girlfriend sleeps so much?

These are the most common reasons. We’ll explore these and a few more in greater depth below.

Why Does My Girlfriend Sleep A Lot?

Below, you’ll find the 9 most common reasons to why your girl might sleep a lot. Hopefully, one stands out as the reason why your girlfriend wants to sleep so often. Perhaps you can show her this list and ask which reason she thinks it is.

Her Life Is Exhausting

Our bodies need more sleep, the more strain we put it under. If she has a physically or mentally exhausting job, she’ll need to sleep more to recover from that.

Of course, it’s not just our jobs that physically and mentally tire us. If she’s a mother to a small child, you can bet this woman is exhausted all the time. Injuries or chronic pain can drain your energy. So can mental health issues like stress, fear or anxiety.

The more unfit she is, the less energy she starts her day with, and the more she’ll need to sleep to recover her energy. When you exercise regularly, your body builds more strength and you’ll begin to wake up with a higher baseline of energy throughout the day.

Sugary foods give you a sharp burst of energy, but you’ll often find yourself tiring faster later on. Carbohydrates count as sugars, by the way. She might find she gains more energy throughout the day by cutting sugar and consuming more fruits, vegetables, nuts, whole grains and meats.

The primary function of the human brain is to keep us alive and save energy. That’s why we have to consciously FIGHT to find the motivation or discipline to do something productive with our lives.

If you have nothing to look forward to, this fight is even more difficult. Notice how much harder it is to get out of bed when you know you have to work all day, compared to when you have planned a day of fun. You’re probably a lot more motivated to take a nap during your work days, compared to your leisure days too.

In an oversimplified kind of way, depression is an extreme version of having nothing to look forward to. Depressed people can’t help but only see the negative sides of life. Depression tends to drain people’s energy throughout the day too.

Here’s another somewhat oversimplified analogy; laziness is nothing but a lack of motivation or discipline to achieve something productive. This is something that’s up to every person to find for themselves.

My book 4 Weeks To Unstoppable Confidence is packed with challenges that aim to help you skyrocket your motivation for life, your self-belief and your natural energy levels, as well as your charisma and social skills.

It has 28 daily challenges that are super-easy to begin with and become more difficult over time, allowing even the laziest, most timid person to build momentum and become UNSTOPPABLY confident within four weeks. The book is available to buy in e-book or paperback format on Amazon.

If she doesn’t sleep well at night, she’s going to recover less energy and be more prone to wanting a nap during the day.

Men and women tend to sleep badly if they’re under a lot of stress, if they drink a lot of alcohol, take recreational substances or if they eat a lot of sugary food. General bad health can disturb your sleep, as can a health condition called “sleep apnea”.

Of course, it might not be that complicated. Maybe she has a small child, loud neighbors or traffic outside her home waking her up throughout the night. Perhaps you snore and she hasn’t found the courage to tell you – or maybe she simply doesn’t have the discipline to go to bed early when she has to wake up early.

She’s Avoiding Doing Something With You

The final two reasons in this list signal a lack of satisfaction in your relationship.

Maybe you’re always inviting her to do something she doesn’t like. If so, she might pretend to be too tired as an excuse to get out of that activity. She might even be doing this to get out of spending time in general. Hopefully not, though.

She’s Cheating On You

There’s an internet meme doing the rounds suggesting that if your girlfriend didn’t text you back because she “fell asleep”, it means she’s probably cheating. This is exaggerated for humor, but every joke has an element of truth in it. This is a possibility to bear in mind, rather than a fact to worry about.

Girlfriends are more fun when they’re awake, so it’s understandable to be frustrated if yours always wants to sleep.

Still, once you understand why your girlfriend sleeps so much, it becomes easier to fix the problem.

Hopefully, it’s something that’s possible to fix quickly, like a lack of motivation or a bad diet, rather than a screaming child or crippling depression.