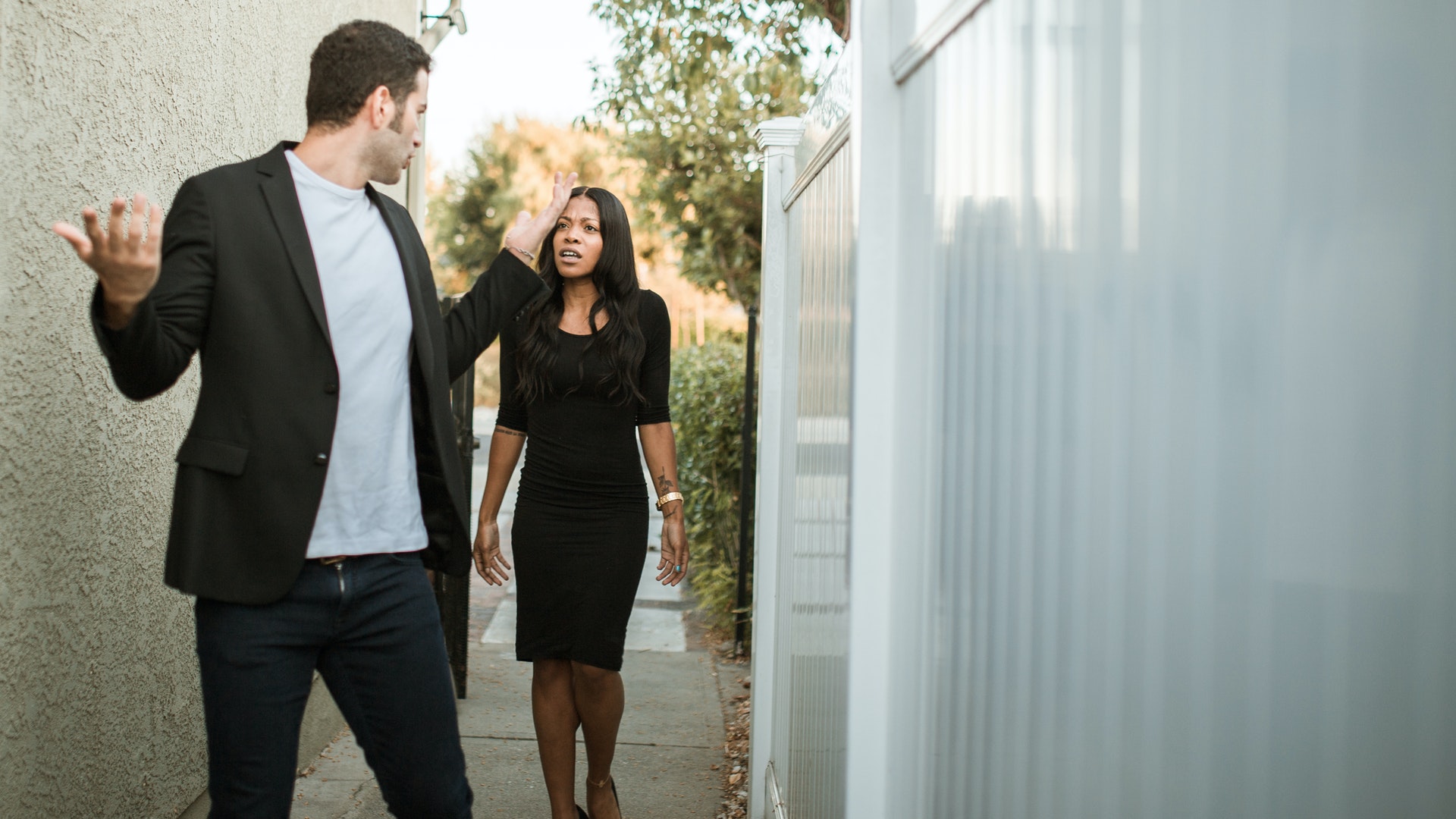 Are you wondering why your boyfriend hates you?

If your boyfriend does hate you, it’s usually because of something you did. In other rarer cases, he could be jealous of you or full of resentment for women and the world in general. It’s more common though that women are mistaken when they think their boyfriend hates them.

In the guide below, we’ll explore how to tell whether your boyfriend truly hates you, why that might be and what you should do in this situation.

Why Your Boyfriend Hates You

Now you’ve explored the signs that your boyfriend hates you, let’s take a look at the most common reasons why his hatred for you burns so brightly.

The most common reason for your boyfriend to hate you is that you did something to make him hate you.

In any case, a lot of men and women struggle to take accountability for their actions, especially in romantic relationships. They blame their partner and look what that person did wrong, rather than explore how they may have contributed to the conflict themselves. If you want to turn this hateful relationship back into a loving one, you’re going to need to accept responsibility for what you did.

Extreme jealousy can cause hatred, for sure.

Perhaps you just got promoted to your dream job. Maybe you were extremely popular in college and he wasn’t. Maybe you have lots of friends now and he doesn’t! Could it be that the kids love you and not him!

This is entirely on him, and it’s him that needs to get a hold of his emotions.

3. He’s Feels Tremendous Resentment Towards You

Resentment can be a strong enough negative feeling to cause hatred too.

Of course, in all of these situations, he surely played a key role. You surely couldn’t have forced him into any of these things. But that might not be the way he sees it.

He might blame you for this life situation, and this can lead to resentment strong enough to become hatred.

Believe it or not, there are some misogynists in relationships. Yes, there are guys who hate women while actively dating one.

These are usually men who were rejected by all the women they liked when they were younger. These guys might still get into a relationship with the only woman who would accept him. A guy like this might not even like his girlfriend very much, but felt like she was all he could get.

It can often be the case that a guy like this takes his resentment of women out on his girlfriend. A very hateful thing to do, indeed.

5. He’s Resentful To The World

Could he be a guy who is depressed or resentful about the hand dealt to him by the universe? This would be another archetype who takes his resentment out on his girlfriend via hateful actions.

6. He Doesn’t Hate You. He’s Just An Awful Boyfriend

There are some guys out there who are such bad boyfriends that it would lead you to conclude that they hated you. That’s not always the case. Some guys are just trash. In this case, the problem is them, not you.

What To Do If Your Boyfriend Hates You

The easy answer would be to just leave him. You deserve better than a boyfriend who hates you, right?

But what if you love him? What if he used to be a fantastic boyfriend? And what if he hates you because of something you did? Perhaps then it’s possible – and best for you in the long term – to patch things up.

The first thing to do is find out and make him realize why he’s acting in such a hateful manner to you? Does he want to be in a relationship like this? Does he want to patch things up and be in a happy relationship? For him to change, he has to accept his behavior is wrong and want to change.

If he wants to change, perhaps he’ll accept help from a therapist. If you’re part of the problem, perhaps you’ll agree to see a couples therapist. Therapy is more affordable and easier to access than ever before thanks to apps like Betterhelp, and there’s no reason why these services can’t help you as much as traditional face-to-face therapy.

John Gray’s classic book Men Are From Mars, Women Are From Venus can be a useful aid too. Despite being published back in the 1990s, there’s still no better text to help you understand the key differences between men and women, including how they tend to express themselves and what they want from a romantic relationship.

Provided you’re both committed to changing, there’s no reason why your relationship can’t grow and become better than ever after you get past this hurdle.  You will both have to commit to changing though. If one of you isn’t prepared to do that, you’re better off walking away from the relationship now.

How to Actually Tell Whether Your Boyfriend Hates You

Hate is a strong emotion. It’s rare for a man to stay in a relationship with a woman he hates. That’s why I mentioned that women are often mistaken in believing their boyfriend hates them.

Still, there are a few signs to look out for that will help to indicate whether your boyfriend hates you or not.

While none of these signs on their own are proof that he hates you, the more of these you spot, the more sure you can be that you’re in a relationship with someone who hates you.

1. He Tells You He Hates You

Most guys realize hate is a strong word, and will therefore only say it in extreme circumstances, or as a joke. If this guy looks you in the eyes and tells you he hates you without a hint of doubt in his voice, there’s a good chance he means it.

There are a few things that good men would only do to someone they hated. Physically abusing a woman is surely one of these things.

3. He Tries To Ruin Your Life

A guy might try to make someone’s life more difficult if he simply disliked them. Maybe a bad guy would try to break or steal one of your possessions. But if he tries to ruin your life forever, that can only be a sign of hatred.

Physical abuse could certainly ruin one’s life forever. Revealing an awful secret could potentially do the same. Publishing indecent images of someone online is a new trend among hateful exes. Spoiling one’s reputation in any way or form could potentially have life-ruining consequences too.

It’s often said that only a miserable person could hate someone who is not evil. A happy person would do their best to move on without their enemy taking up valuable space in their mind.

It’s a horrible position to be in when you feel as if your boyfriend hates you.

Hopefully, after reading this article, you now understand why this is the case and what you can do to patch things up.

Relationships can suffer terrible ups and downs, but couples who truly love each other can get through tough times and end up stronger. If you’re ready to fight, you can do the same. Good luck!