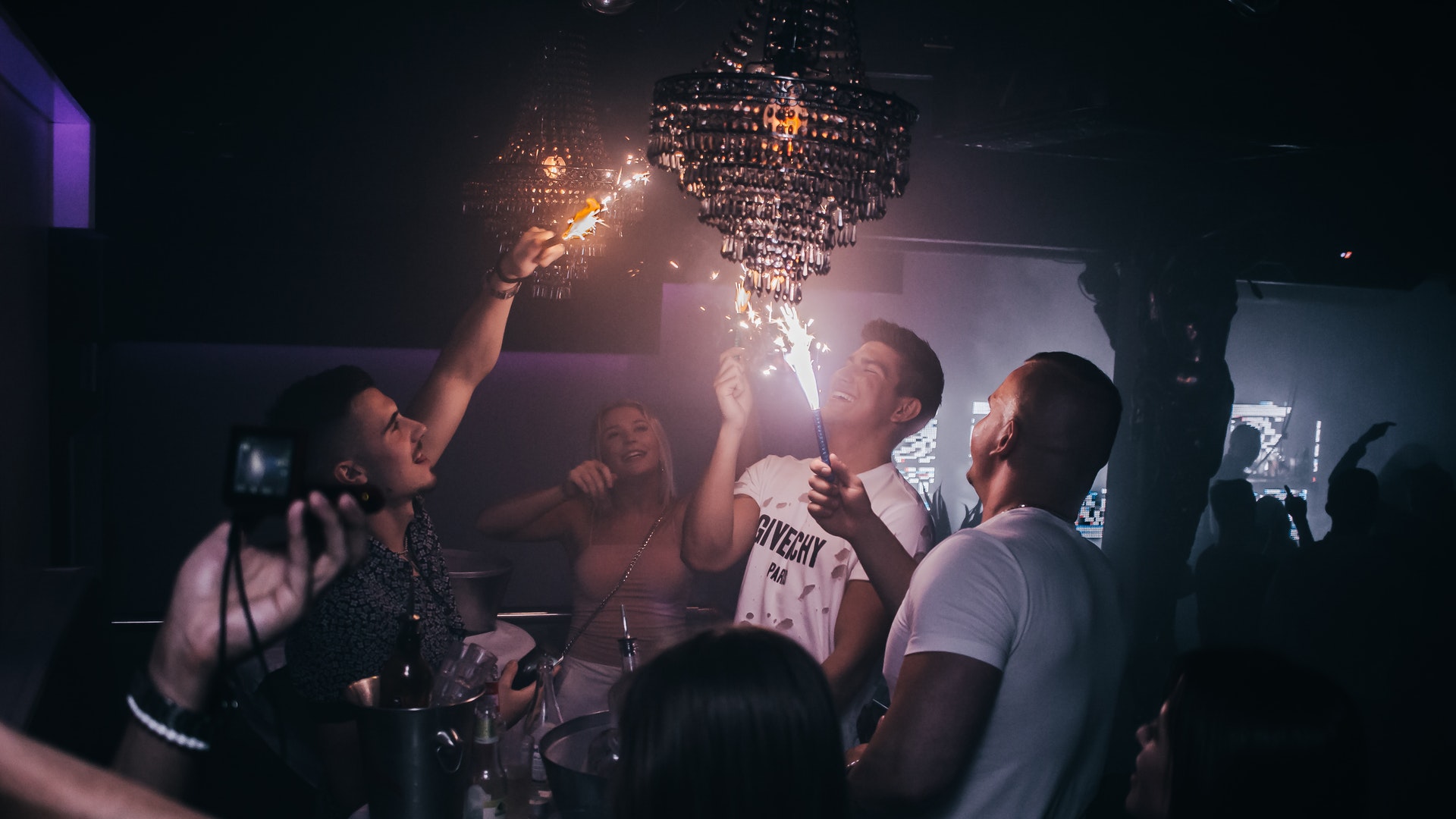 Are you wondering why guys in relationships go to clubs? Perhaps you have a boyfriend who still wants to go clubbing and you’re not sure why.

A guy in a relationship might still want to go to a nightclub because he’s craving attention from other women. With that said, it could also just be that he enjoys drinking or dancing, or perhaps his friends all enjoy clubbing and he wants to hang out with them.

Read on for our full list of six reasons why men who have girlfriends still like to go clubbing.

6 Reasons Why Guys In Relationships Go To Clubs

Here are the most common reasons why guys in relationships go to nightclubs. Hopefully, this list will open your mind regarding the reason why your boyfriend is so keen to do so.

1. He Wants Attention From The Opposite Sex

I’m sorry to say it, but the main reason men go to nightclubs is to meet women.

Some guys won’t admit it, because it sounds a little bit seedy. But why else would men queue up for so long and pay so much extra for drinks in a venue where you can barely hear each other?

There are some other potential reasons listed below, but you’re certainly not being silly for worrying about this guy wanting to mingle with other women.

If he’s a confident good-looking guy and you’re not around, there’s every chance he’ll have a little flirt with another woman, even if it goes no further. The attention from other women can make him feel good, even when he has no intention of being unfaithful to his partner.

If he’s a shy guy who you suspect would be too nervous to approach a hottie he’d never met before, you can perhaps rest a little bit more easily. In that case, he might be going to the club for one of the other reasons on this list.

2. His Friends Are Going Clubbing

If he’s a younger lad and most of his friends are single, there’s a good chance that they routinely like to hit the club together every weekend. That’s a strong part of lad culture, in most Western countries at least.

This guy might feel he has to go clubbing if he wants to remain in the friendship group. Maybe he doesn’t have any other friends to hang out with on the weekend.

Also, what if there’s a birthday party? Or some other type of special event? If everyone has decided to go to the club to celebrate, can you really expect him to not go just because he has a girlfriend? Most likely, if he makes that decision, he’s going to get a lot of hassle and ridicule from his male friends.

3. He Wants To Get Drunk

If a guy has had a tough week at work, it’s normal in most cultures for him to want to grab some drinks and let off some steam with his friends. If you want to get drunk and dance around like an idiot, there really is no suitable place to do that other than a nightclub.

For all you know, the night might have started off in a quiet pub. Then, after a few drinks everyone decided it would be AWESOME to head to the club and your boyfriend got peer-pressured into it. It might have seemed like an awesome idea to him too after five beers, two vodkas and a Jagerbomb.

4. He Likes The Music and Wants to Dance

Honestly, this is rare among men. But there are certain guys out there who really adore a certain genre of music. These guys might go clubbing just to dance to their favorite tunes. If he’s going to clubs with specialist DJs playing his favorite genre, that might be the reason why.

But if he’s just heading to some run-down club with an unknown DJ spinning chart hits, he can’t get away with this excuse.

5. He Wants Some Time Away From You

When a man is living with his partner – or spending a lot of time with her – he may accept any invite that comes his way if it means getting some time apart from her. Of course, that’s only if things aren’t going so well in the relationship.

If you’re looking for advice to make your boyfriend more obsessed and excited to hang out with you than ever before, I’d recommend reading Suzanne Venker’s book Women Who Win At Love. This book reveals all the proven truths about what men want. These are the tips you need to know, but the feminist-driven mainstream media are too afraid to talk about.

6. His Girlfriend Convinced Him To Go There

This is the final reason worth mentioning. Maybe it’s his girlfriend’s best friend’s birthday and she told him he has to come. In such a case, he could be there out of obligation.

If you’re his girlfriend and you never invite him to the club, forget about this option.

Here’s something to bear in mind though…

If you invite him to the club and he’s genuinely excited to go with you, that suggests he’s the kind of guy who likes to go clubbing to drink, dance and unwind.

If you invite him and he always tries to get out of it, that suggests he’s the type of guy who only goes clubbing to meet women.

It can be frustrating to wonder why your boyfriend is going clubbing when it’s well-known that guys mostly do this to meet women.

However, hopefully you can now see that there are other explanations regarding why he wants to do this.

Honestly, the best thing you can do if you’re worried about this is talk to him. In most cases, your boyfriend will explain why he still wants to go, and you’ll be able to tell by his body language whether he’s being honest.