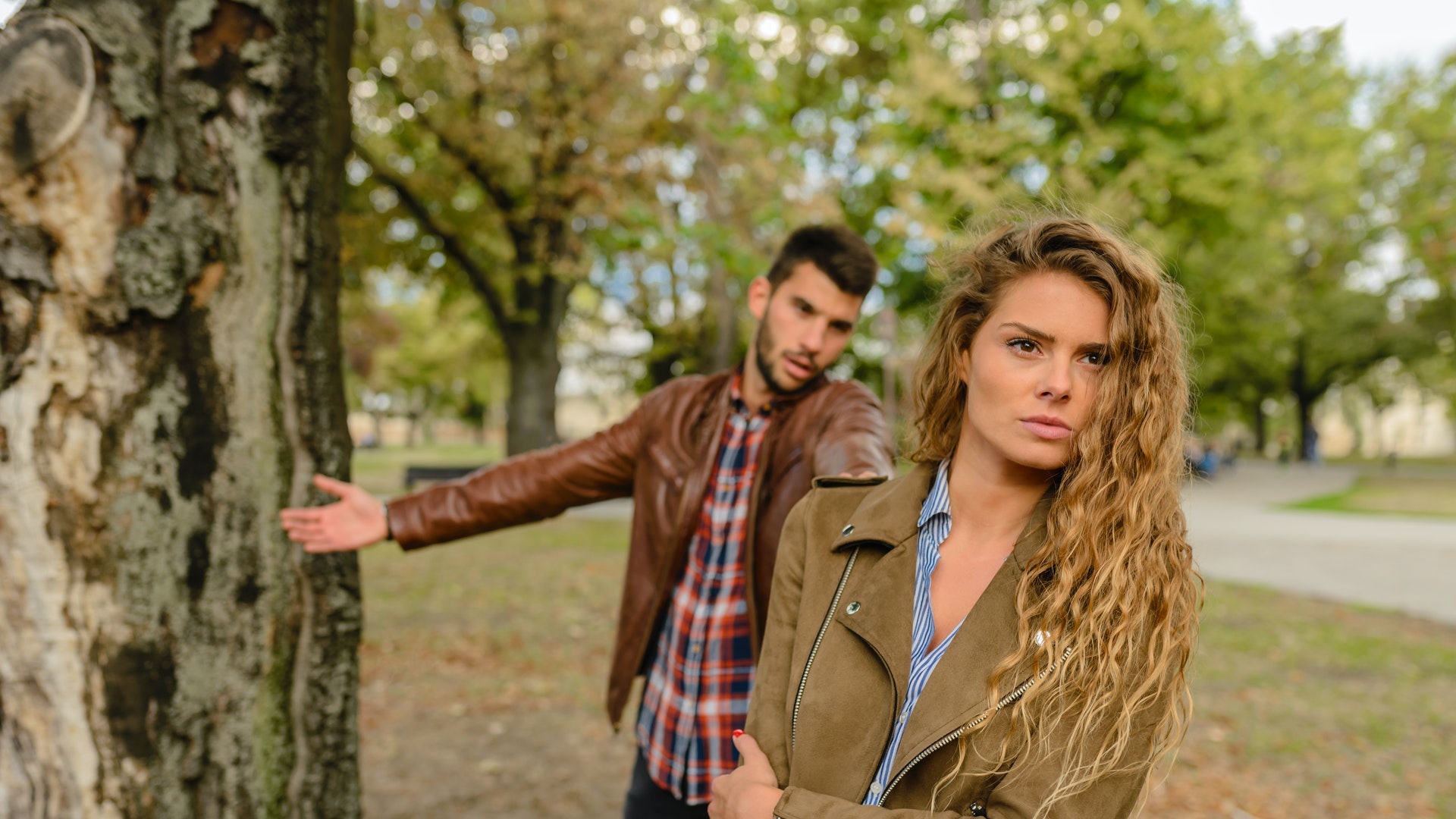 Are you wondering why do girls like toxic guys? If so, you need to read this article with great urgency.

The truth is: most emotionally healthy women don’t like dating toxic guys. The only women who end up in relationships with toxic men are those who lack self-esteem or those who are impressionable enough to fool for their lies and manipulation.

It might be a hard pill to swallow but most toxic guys are also physically attractive. If you are toxic AND average-looking girls will probably not like you as much. Yet, most guys are still using shallow dating apps like Tinder where your success mainly is determined by your looks.

A much better alternative for average guys would be eHarmony. It arguably remains the number 1 dating website for personality-based matching which means looks is not the determining factor for getting matches. Give it a try.

Read on for a deeper dive into why some women fall for the charms of toxic men, and why it might seem like bad guys always get the girl.

For the purposes of this article, we’ll describe a toxic person as: anyone who is undeniably harmful for your life.

With such a definition in mind, it would be crazy to believe that women would knowingly engage in a relationship with a toxic guy.

So, why do you see so many women in toxic relationships, then?

The answer is: they can’t see how toxic their own relationship is. Or, more likely, they see it but deny it and rationalize to themselves why he’s a good guy really.

We’ll explore the reasons why this happens shortly – but it’s important to know that women want to date good guys.

Why Do Women Go For Toxic Guys?

Just to make it clear, women do not consciously choose toxic guys over good guys. But, a lot of women do end up in toxic relationships and many stay in them for far too long as well.

So, let’s explore some of the most common reasons why this happens.

A lot of women with low self-esteem can’t bear the thought of being single. They need a man to love them, because they don’t have the ability to love themselves. This is particularly common if the woman wasn’t brought up in a loving family, or if they’ve had their confidence knocked by previous lovers.

In such a case, these women will find a way to rationalize to themselves that this toxic guy is actually good for them, because the thought of being alone with no-one to love them is far too scary for them to comprehend.

They Haven’t Seen A Loving Relationship

Our parents play a huge role in what we think we deserve from a romantic partner. So if a woman’s dad was a toxic guy, she’s more likely to go for a toxic guy. This is what is meant when it’s said that a woman has ‘daddy issues’.

Some toxic guys are experts at psychological manipulation. They can convince their girlfriend that she was in the wrong and all of his toxic actions were performed because he loves her. These guys end up convincing their partners that they’re lucky to be in the relationship, even if the exact opposite is true.

This is called ‘gaslighting’ and it’s a form of emotional abuse. Younger, more naive women are the most likely to fall for it, especially if they lack self-esteem or haven’t been exposed to healthy relationships as a child.

Most Toxic Guys Do Have Attractive Qualities

It’s important to mention that most toxic guys do have other qualities that are incredibly attractive to women. Perhaps they’re tall, strong or traditionally good-looking. Maybe they’re brave, charismatic or intelligent with good leadership skills and a lot of status.  It could even be that they’re incredibly loving at times.

Without these positive qualities, a woman wouldn’t fall for the charms of a toxic guy. There has to be some good for a woman to focus on in order for her to be sucked in. For more on this idea, see my guide on Why Do Women Like Bad Boys?

What to do if Your Friend is in a Toxic Relationship?

If your friend is in a toxic relationship, you really should do everything you can to convince them to leave. Point out this guy’s toxic behavior. Build your friend’s self-esteem. Let her know she can do so much better. Send her this article! The Self-Love Workbook For Women by Megan Logan is an amazing book to help women see their own worth, so perhaps you could buy her this too. This is all what a good friend would do, and you shouldn’t let anyone convince you otherwise.

However, the sad truth is: it’s very common that your friend will ignore your advice. Often, they’ll have been dragged too deep into his riptide of manipulation. In many cases, she’ll rationalize a reason why you don’t have her best itnerests at heart. She might say that you’re jealous or that you can’t see his sweet side. If the guy finds out you’re trying to convince your friend to escape, he might try and turn her against you.

If you can’t help her see the error of her ways, you have no choice but to patiently wait for her to see them herself.

Hopefully, you understand the truth of toxic relationships a little better now.

When a woman suffers from emotional instablity or low self-esteem, it’s actually quite easy for her to fall into such a relationship. It can happen to guys too!

With this in mind, don’t judge her or hold any grudges once she finally flees from her horrible relationship. Welcome her back with open arms. Be kind. Be forgiving. It’s what you’d want from any of your friends.