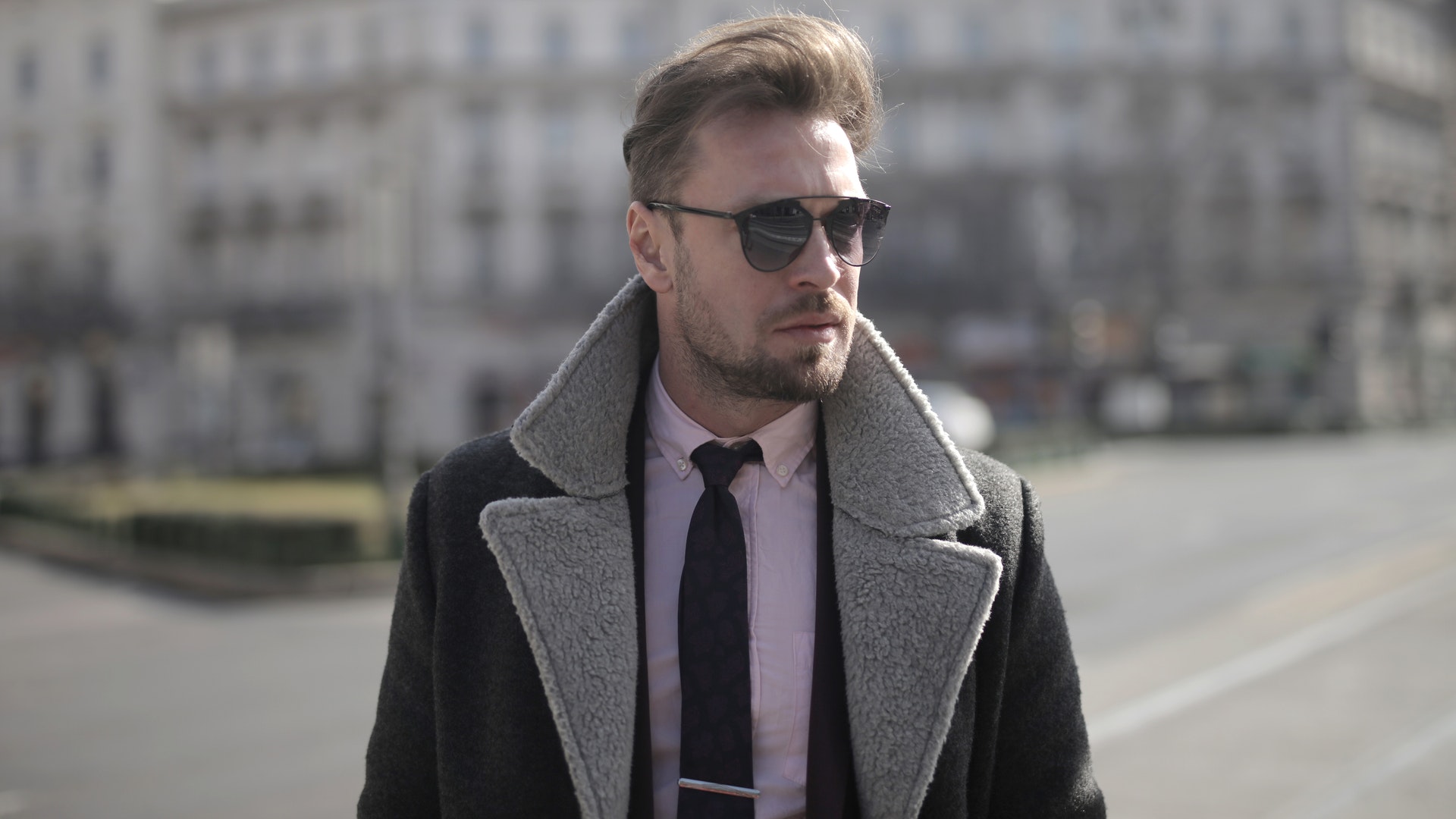 If you are you wondering why girls like bad boys, this article is for you. Keep reading.

Girls like bad boys because they show confidence, charisma, assertiveness, bravery, and leadership skills. Bad boys also tend to be unpredictable which creates curiosity because girls rarely know whether the bad boy likes them or not. It lights that emotional spark that keeps them wanting more.

That’s a lot to get your head around if you don’t understand the basics of female attraction. In this guide, you’ll discover the key differences between the stereotypical ‘bad boy’, ‘nice guy’ and ‘good guy’, what traits they have and why they’re attractive/unattractive.

What are Women Actually Attracted To?

Before we explore the differences between a ‘bad boy’, ‘nice guy’ and ‘good guy’, it’s important that you understand the fundamentals of what women find attractive.

Although every woman has slightly different preferences, it’s fair to say that most women are feminine and are therefore attracted to masculine traits.

Here is a short list of some stereotypically “bad boy” traits that women tend to respond well to:

Women want to date men who are BETTER than them. They want to be the ones feeling like they got the best deal, not that they ‘settled’ for a loser. This is more true than ever in modern society, where women are completely independent and don’t need a man to thrive in life.

It’s also important to remember that women experience attraction emotionally. They love the emotional rollercoaster of not knowing whether they can catch a certain man, at least in the early days of a courtship. If the ‘chase’ for a guy is too easy, this signals that this guy probably isn’t better than her. After all, everything worth having needs to be worked hard for. We don’t value what comes easily.

As we explore the difference between these three archetypes, please remember the above description of what women are attracted to. This will help you understand why women are drawn to each category.

The bad boy is defined by bad behavior. Perhaps he’s a criminal or a bully. He could simply be a guy that doesn’t listen to authority or play by the rules. ‘Players’, who have a regular habit of lying and disrespecting women, would also fit into the ‘bad boy’ category.

Although it might not seem this way from afar, emotionally healthy women aren’t attracted to any of these traits. They don’t want to date criminals, bullies, vigilantes or players.

However, ‘bad boys’ do tend to demonstrate most of the masculinte traits listed above. They also tend to be very good at giving women the emotional rollercoaster of not knowing what’s going to happen next. They’re unpredictable, and it’s rarely obvious whether this man actually likes them, especially if he fits the mold of a ‘player’. This creates a curiosity – and, over time, maybe even an obsession – among women.

This spark persuades them to look past the bad behavior. They convince themselves that they can change this guy. They put in the effort to try to keep him away from the bad behavior, because this guy stirs so many emotions inside them.

The bad behavior is still a flaw in their eyes, but it’s one they’ll try to look past, because this guy has so many other fascinating qualities.

A bad boy without these other qualities wouldn’t be attractive in the slightest. These guys aren’t even called ‘bad boys’, they’re just called ‘losers’.

Examples of ‘Bad Boys’ in TV and Film

It’s important to mention that we always see the Bad Boy’s ‘nice’ side in mainstream media, if he does indeed end up with the girl. The mainstream media always pushes the message that ‘nice guys’ get the girl in the end, even if that’s not strictly true. This is because the majority of their male audience are ‘nice guys’ and Hollywood has to cater to its audience.

The nice guy is a man who tries to win women over by treating them better than anyone else. He’ll shower the object of his affection with compliments. He’ll spoil her with gifts and favors. He’ll treat her like a princess.

It sounds great on the surface – and it’s a great thing to do when you also show the masculine qualities listed above or you’re already in a relationship with a woman. The thing is: the ‘nice guy’ usually adopts this strategy to try and win the attention of women, because he doesn’t have an abundance of masculine qualities.

He overcompensates for not being masculine by being too nice. Needless to say, it barely works. When this guy bends over backwards and does everything in his power to impress a woman, he creates no emotional rollercoaster at all. It’s more like an emotional queue at the Post Office. It’s boring, predictable and uneventful.

She might appreciate the gifts and the attention. But when a man overloads her with this, there’s no ‘chase’ for her at all. This leads her to believe that this guy is not better than her in any way. He’s treating her like a celebrity, so she’ll treat as nothing more than a fan.

Examples of ‘Nice Guys’ in TV and Film

(In good TV shows and films at least, the Nice Guy does tend to grow some sort of a backbone before he gets the girl. This helps to add an element of realism to the plot.)

A ‘good guy’ is a man who has lots of attractive masculine qualities, while also staying away from crime and treating women awfully.

He mixes the best qualities of the ‘nice guy’ and the ‘bad boy’, while ditching the undesirable ones.

This is the type of man that women really want – and who you should aspire to be.

An example of a good guy might be a business leader who inspires hundreds of employees every day. It could be a handsome fashion model, who has plenty of options with women so doesn’t act overly needy with any one woman in particular. It might even be a regular dude with a 9-5, who learned a bit of game and therefore knows how to excite women. All three of these archetypes are likely to be more inspiring than a stereotypical ‘bad boy’.

Examples of ‘Good Guys’ in TV and Film

(An important trait of a ‘good guy’, which is especially prominent in TV shows and movies, is that they have a mission outside of their love interest. Although it might not seem particularly ‘nice’ to put your mission before a woman, this is what women want. They don’t want to be the most important mission you have in your life, yet that’s exactly what they usually are to ‘nice guys’.)

Why Do Nice Guys Say That Girls Like Bad Boys? Do They Believe It?

It’s difficult for anyone to admit that their love life is suffering because they are flawed. It’s much easier to look for excuses, or to blame the other gender.

When men tell themselves: “I’m a good, honest, nice guy, but women want thugs and criminals”, they paint themselves in the best possible light. They are the virtuous ones in this scenario, and women are to blame for not wanting them.

It’s a much easier story to tell themselves compared to the truth, which was: “I’m needy and I lack masculine qualities, and women want non-needy masculine guys.”

But they stay well away from ‘nice guys’ too. In fact, a man with no masculine qualities is arguably bottom of the totem pole when it comes to dating. That’s why it’s commonly said that ‘nice guys finish last’.

But while ‘nice guys finish last’ is a true idiom, that doesn’t mean girls want bad boys. It’s important to be able to make that distinction. A ‘nice guy’ who starts stealing and punching women will get even less action than before.

Some ‘nice guys’ might truly believe that supplicating to women is the best way to win their hearts. This idea is constantly pushed by fairytales and mainstream movies, after all.  Some might genuinely think that ‘bad boys’ get all the women and that they don’t want to be this way.

But, there’s also a lot of guys who know deep down that they need to adopt more masculine qualities, but are too afraid to do so. It takes bravery to develop and show these qualities, after all.

Whichever category you’re in, it’s time to understand the truth and act upon it.

If you’ve been engaging in ‘nice guy’ behavior, don’t feel too guilty. The media pushes this narrative on young men, and that’s why so many guys end up confused about what women really want.

Hopefully, now you understand what women are actually attracted to, you can adjust your behavior to start attracting more of them.

Just remember to steer in the direction of a ‘good guy’, not a ‘bad boy’