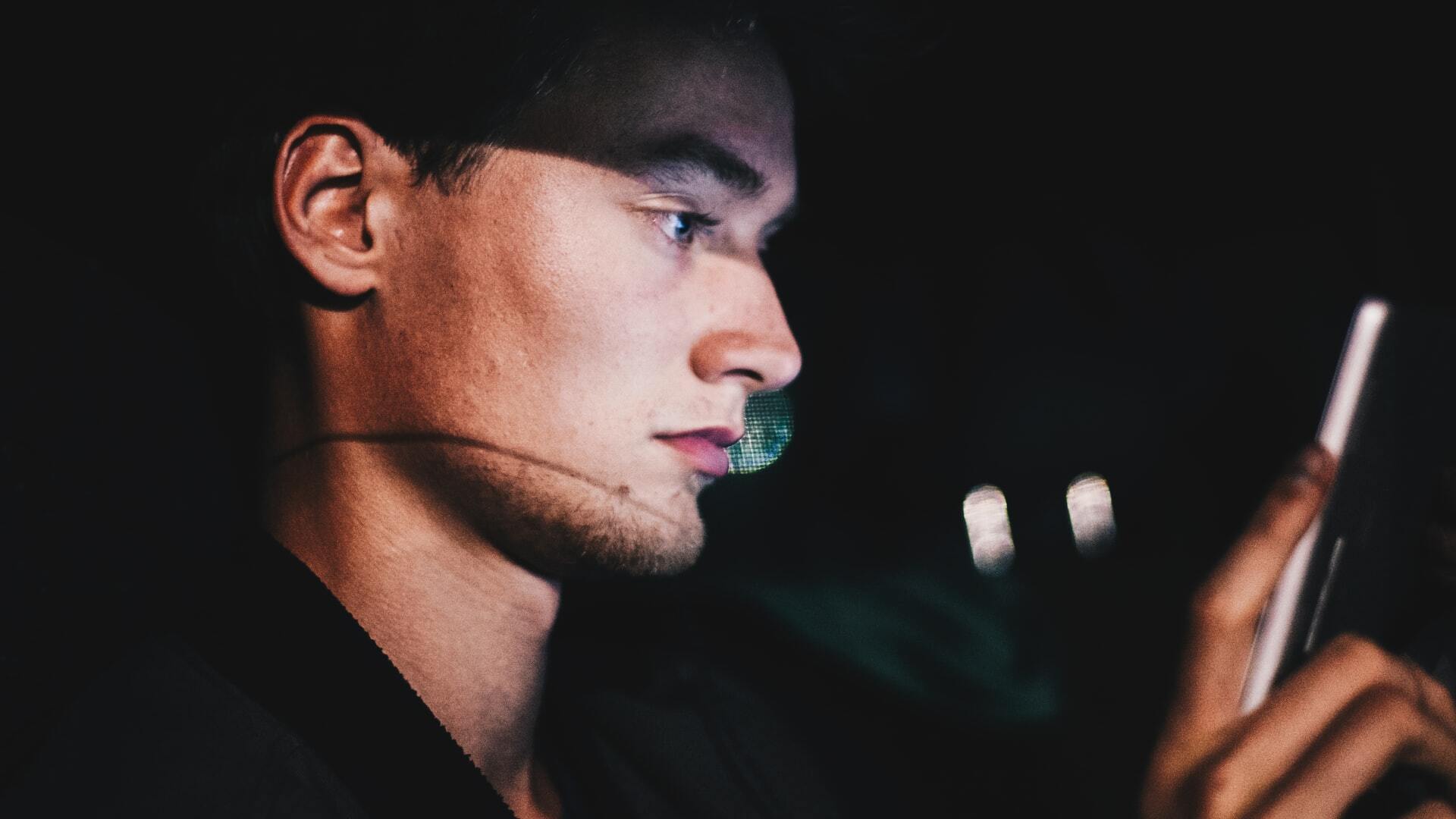 Are you looking for the perfect message to send to reignite a text conversation after you’ve been left on read?

When a girl doesn’t reply the solution is to send a ´ping text´. This is essentially a fun and entertaining text that doesn´t ask for a reply. The best ping texts communicate that ¨I saw this and thought of you¨.

In this guide, you´ll see some examples of ping texts that I’ve sent in the past, plus some useful tips to create ping texts of your own and start re-engaging girls who you might have otherwise never heard from again.

What Is a Ping Text?

The term ´ping text´ is used by several experts in the dating industry to describe a certain type of text to send women after they´ve appeared to have lost interest in texting you.

It’s named after a ´ping´, which is computer programming lingo to describe the alert that a device sends to check its software is responsive. If it´s found to be unresponsive, the device can begin its procedure to fix that.

Indeed, a great ping text will also wake up a woman who was previously unresponsive.

What Makes a Great Ping Text?

Here are the two golden rules of a ping text you need to follow to make it effective.

You may have heard that double-texting a woman is always bad, because it makes you look needy and desperate, therefore turning her off more than she already may have been.

The great news is: if you follow this rule of not asking a question, your second message looks far less needy, because it doesn´t need a reply.

“Hey sweetie, how is your day going?”

“Hey, did you get caught in the storm earlier?”

“Hey, what are you up to this weekend?”

Even if she kind-of liked you and your fourth text was really interesting, she probably still won´t reply, because of this desperation.

But now let’s imagine you sent the following three messages instead.

“Today was awesome. I caught a fish as big as my head.”

“OMG, the storm was so powerful it literally ripped a hole in my coat.”

“Just found out that XYZ bar is reopening this weekend. So excited!”

These texts would be even more engaging with accompanying pictures, but more on that later.

While it’s still not ideal to send three unanswered texts, it´s not as obvious that you´re being ignored in this scenario, because you´ve never asked for a reply.

You´re just sharing fun anecdotes from your day. If she wants to reply, great. If not, you don´t really care.

Rule 2: Communicate That “I Saw This and Thought of You”

If your message is clearly tailored to her hobbies, interests or personality, she’s going to feel more inspired to reply.

To achieve this, send a message which communicates “I saw this and thought of you”.

You don´t have to type those exact words – although you could potentially make those the caption of your picture message. Either way, that should be the overall vibe of what you send.

If possible, send a message which includes callback humor from the last time you were together. That´ll subtly help to remind her how much she enjoyed being around you.

If you were teasing her about how much she enjoys McDonald´s – and it really made her laugh at that moment – a ping text about the McRib would probably provoke a response.

Alternatively, if you connected over her love of street art and see some dope graffiti on your commute to work, a photo of that would make a good ping text too.

A Picture is Worth a Thousand Words

A picture tells the story so much more clearly than you could ever describe it with words. A video literally brings her into the story.

In this day and age, you almost definitely have a smartphone capable of sending photos and videos with ease. So, do it! These messages are more engaging, and therefore more likely to inspire a woman to respond.

Voice notes are extremely powerful too. When a woman hears a confident and assertive male voice, it can be a huge turn-on. What´s more, it´ll be unique compared to the messages she receives from other guys.

This works great when you meet a woman from a foreign country. Simply find a crazy recent news story from that country and send it to her with the caption of: I knew *her country* was crazy 😉

Polls are also great. They’re in the news all the time. If it’s an old poll, take a screenshot of a graph or a chart without the date.

For example, if the woman is from Belarus, Moldova, Lithuania, Russia or Romania, you can send this poll about the world’s booziest nations.

If you´ve been talking about how awesome a certain venue in your home town is, send a photo of you wearing merchandise from that place.

The caption could say: Check out my new hat 😉

You don´t necessarily have to buy it. If she replies, it makes complete sense to invite her to that bar for a drink.

This type of ping text works best if it’s the type of venue that some people love and others hate.

Alternatively, you can send her a picture of something cool you bought for your home. Then, it´ll make sense to invite her to your place to check it out at some point.

If you saw something crazy happen in her hometown, tell her about it. You can add that you knew her hometown was crazy.

If you didn´t see something happen, make it up. How would she know any different?

Here’s an example frequently used by a famous dating coach:

“I´m in *her town* and an old woman just queue-jumped me to buy vodka. *Her town* is weird.”

Is Double-Texting a Woman a Bad Idea?

As a general rule, double-texting a woman is not ideal, because it comes across as desperate.

In an ideal world, you’ll be dating so many women that you don´t even notice when one specific woman doesn´t reply to you. Ironically enough, it´s during these glorious times that more leads seem to come back from the dead.

However, if there is one specific woman you want to date, the only alternative to messaging her again is doing nothing and hoping she gets back to you one day. That strategy can work sometimes, but you´re more likely to re-engage a woman by sending a second message.

This ´ping text´ strategy is essentially a way to do that while reducing how needy you look.

In fact, it’s possible to send multiple ping messages spread over several days without looking overly desperate. There are plenty of examples out there of guys who have received replies to their third, fourth or fifth ping text and led the conversation to a date.

For more examples of winning messages to convert phone contacts to actual dates, check out Ice White´s book The Message Game. This book, available for $19.99 on Amazon, contains the most effective messaging strategies and is packed with screenshots showcasing real-life examples of how they work.

The Power of Social Media

If you´re not encouraging the women you´re pursuing to follow you on social media, you are shooting yourself in the foot with a giant bazooka.

Whenever you upload a story or a regular post to your profile, you´re essentially sending a ´ping text´ to everyone who follows you.

It doesn´t ever come across that you need a particular woman’s attention, because you´re not sending a message to just her.

Yet, if she follows you, there’s every chance she´ll see it. If it’s engaging enough, she´ll probably respond. Even if she responds with something as effortless as a ´Like´, you can turn that into a conversation.

You can show off your lifestyle more blatantly on the likes of Instagram and Snapchat, because there’s somewhat of a societal expectation for people to do that on these platforms. It comes across as less try-hard to stunt on social media and have her discover it, compared to showing off and texting it directly to your crush. Discovery always trumps disclosure.

Also, you can take a look at her posts and stories to get ideas of more tailored ping texts to send her, plus when to send them. If her Instagram shows she was out drinking with her friends 30 minutes ago, it’s probably a bad time to text her. If it shows she’s sitting at home bored out of her mind, ping away!

When a woman ignores your text, it doesn´t always mean she never wants to see you again. There are plenty more reasons for your text to go unanswered.

Whatever the reason is, a ping text is the best type of message to bring your conversations back to life.

Hopefully, this guide will help you to send some engaging ping texts to turn your dead leads into dates.