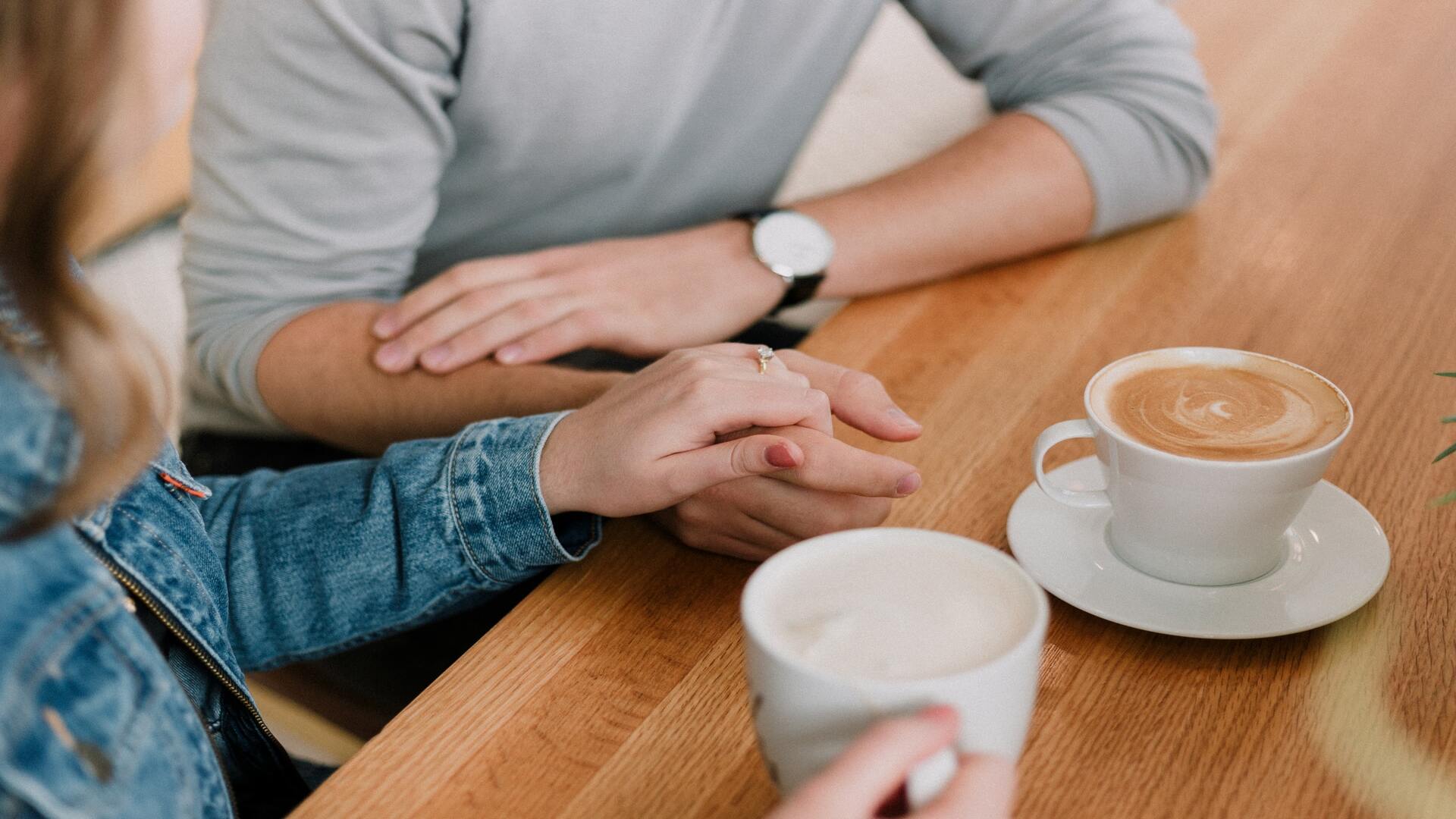 You’re about to learn what it means when a girl grabs your arm and what to do in this situation.

Presuming she’s grabbing your arm during a friendly or flirtatious interaction, you can go ahead and assume this is an indicator of romantic interest. To make sure that’s the case, you should proceed with flirtatious touches of your own to see how she responds.

Read on for a comprehensive guide explaining how to determine whether this means a girl is into you, and how to effectively progress the interaction to something more physical.

How Do Girls Flirt?

This is mostly because society sees it as cheap and unladylike for a woman to make it obvious that she likes a man.

So, instead of complimenting a guy’s looks, asking him on a date or kissing him, she might make less obvious hints that she likes him. Maybe she’ll stand unnecessarily close or make unnecessary physical contact such as holding onto his arm. Sometimes, she won’t even dare to be that bold. Perhaps she’ll only be brave enough to hold eye contact for an extended time or laugh at his jokes a lot.

The main problem with that is: men find it really difficult to read a woman’s hints. Often, they’ll assume she’s just being friendly. Or, they’ll misread her signs and assume she’s flirting when she’s absolutely not. Indeed, holding someone’s arms doesn’t always mean you’re romantically interested in them.

As frustrating as this can be for guys, women aren’t going to change any time soon. If you wait for a woman to make it painstakingly obvious she’s into you, it’ll usually be a long wait. Often, a never-ending one. You’ll miss out on a lot of opportunities, for sure.

A better strategy is to respond to a woman’s subtle gestures in a way that’ll reveal whether she actually likes you, without making a full-on pass at her.

This strategy is explained in full below.

How To Respond When A Girl Grabs Your Arm

We’ll use a girl grabbing your arm as an example, but this advice would also apply if she makes any type of subtle physical contact.

The key is to respond with physical contact of your own, starting off innocently and paying attention to how she responds.

So, if a woman grabs your arm, you might want to test the waters by holding her hand or leading her somewhere by the lower back.

Receive a green light here? Try making playful taps on her legs and arms as you talk to her. Maybe give her a hug.

Another green light? Move closer into her personal space, keep your hands on her arms and thigh for a little longer.

Hopefully, you get the idea…

As long as you keep receiving green lights, you can escalate all the way to kissing, placing hands on intimate parts and other sexual acts, although most women will only be open to this in a private space.

If she’s giving you reds and yellows, that doesn’t necessarily mean she’s not into you. Perhaps you’re just moving faster than what she’s comfortable with. In such cases, you don’t need to make a big deal out of apologizing. Just stop, keep getting to know her and try again later.

If you never get past the innocent friendly touches all night, it’s safe to assume she doesn’t see you in a romantic light. Either that, or she’s extremely inexperienced when it comes to physical flirting.

Of course, these moves should all be taking place slowly throughout a conversation, which you can also make slowly more flirtatious to see how she responds.

The great thing about this slow-but-steady escalation is that you’re never in danger of dramatically misreading the situation.

Provided you start innocently, stop whenever you get a ‘red light’ and only move forward on a ‘green light’, you’re never going to mess up so badly that she gets upset or makes a scene.

This escalation ladder can be used to make sure you always know when a woman is ready to be kissed. No more embarrassing situations where she turns the cheek or worse.

Disclaimer: There Are Plenty Of Non-Sexual Reasons For A Girl To Grab Your Arm

In the current social climate, it’s important to make this clear.

You should only proceed with the advice above if she’s holding your arm unnecessarily in a social setting.

The steps above will help you to determine whether that’s the case, without making a social faux pas.

If you struggle with finding girls you need to realize that women have plenty of options and if you are just an average-looking dude she will most likely not prioritize you. Shallow dating apps like Tinder are only good for top-tier men. A much better alternative for average guys would be Eharmony. From personal experience, girls on this website are much more talkative and seem genuinely more interested in the guys they match with. Give it a try.

This lack of clarity is a great source of frustration for men, but the tips above will help you learn exactly where you stand.

Follow this plan and you’ll never make an embarrassing mistake about a woman’s intentions again.