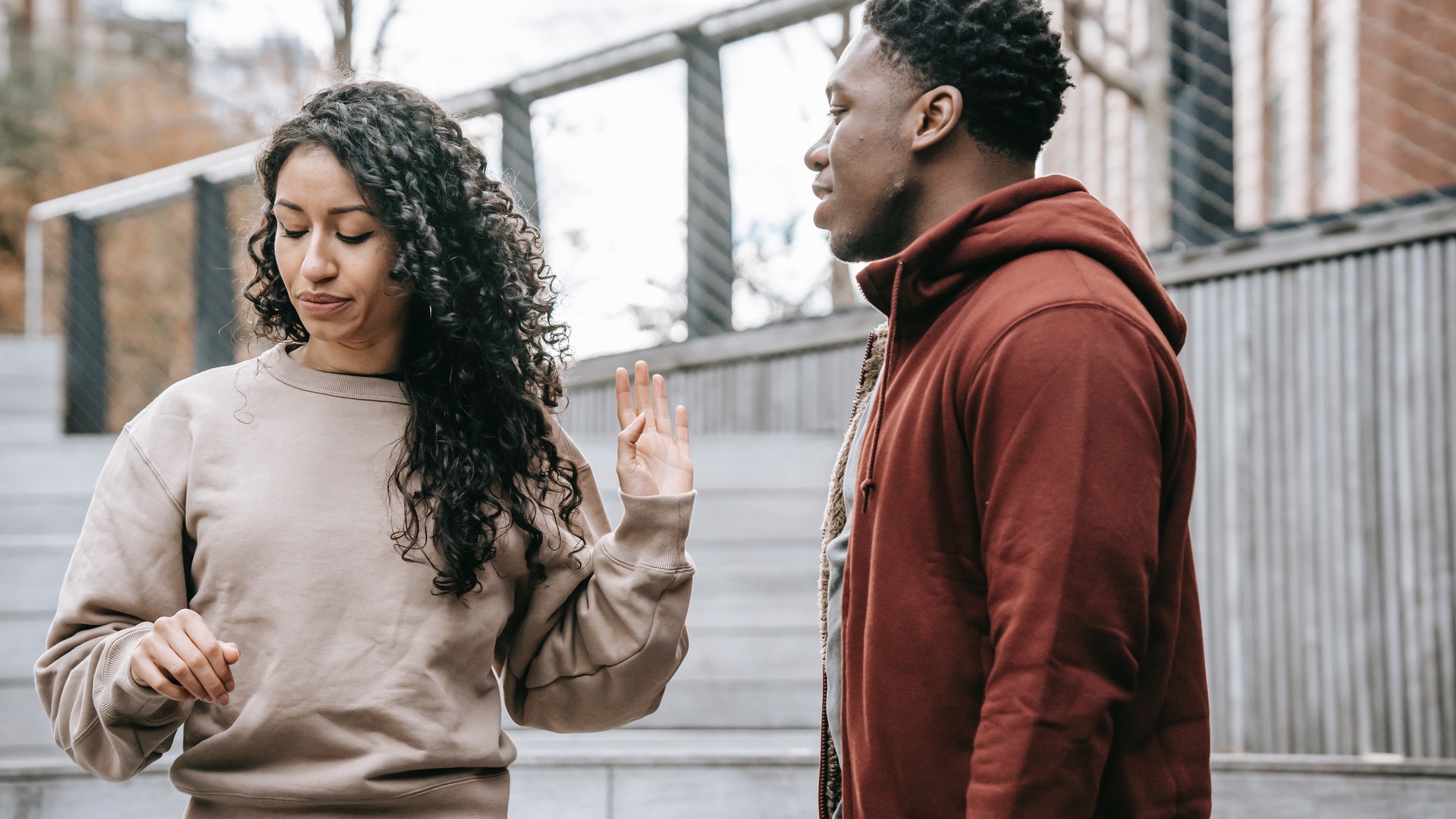 Are you wondering what to do if your girlfriend likes another guy?

If your girlfriend likes another guy, you can laugh it off and ignore it, complain about it, belittle him, challenge him or leave her. None of them will stop her liking him, but at least the first option will ensure she remains attracted to you.

In this article, we’ll take a deeper look at these five options and explore which will be most beneficial in your current situation.

Will Your Girlfriend Tell You If She Likes Another Guy?

If your girlfriend is serious about liking another guy, she’s not going to tell you.

However, you might notice it in her behavior. You might spot her looking at him, flirting with him, talking about him, spending more time with him etc.

Then, potentially, she might try to cheat on you with him or leave you with him. Only after this point might she tell you she likes him.

For this reason, the bulk of this guide below will only address how to react if you spot the signs that your girlfriend likes another guy.

Your girlfriend might tell you she likes another guy as a way of testing your strength, your insecurity or your loyalty to her. We’ll address what to do here at the bottom of this article.

How To React If Your Girlfriend Likes Another Guy

Here are your five main options, plus what’s likely to happen if you choose each of them.

Laugh It Off And Ignore It

Answer this question: what would Leonardo Di Caprio, Channing Tatum or Michael B. Jordan do if their girl started looking at another guy?

Most probably, they’d laugh it off and ignore it. Because (you’d imagine) they know they’re a better option than most other guys on the planet.

This confidence is part of what makes them so attractive (as well as their A-list status, of course)

Of the five options in this list, only this one makes you look confident and secure in your relationship. The others make you look unconfident and insecure, and may therefore push your girlfriend closer into the arms of another man.

You might think complaining about her behavior counts as a strong and confident move.

However, if you do complain, she’s probably going to deny that she’s done anything wrong. That’s going to lead to an argument.

Unless you’re willing to leave her over this behavior, complaining will do nothing for your relationship except cause conflict and make you look insecure.

Bullies are horrendously insecure. Every adult knows that.

If you belittle this guy, it’s going to show your girlfriend that you see him as a threat. Now, she’ll begin to think even more about jumping ship from you to him.

Again, this only serves to make him look like even more of a threat. It’s also an incredibly immature way to deal with any conflict – and will probably make your girlfriend want to jump ship even more.

This is a stronger move than complaining without suggesting any repercussions if she does it again.

If you have a lot of power in the relationship, she might give into your demands. But bossing a woman around isn’t going to create a healthy or happy partnership.

Also, if she’s a strong confident woman with self-worth, she’ll probably call your bluff and leave you.

If you’re that unhappy with her behavior, you could walk out on the relationship without even giving an ultimatum. But, then you’ve lost her and she’ll probably go after that guy she likes. That’s more likely than her begging for you to take her back.

What If She Tells You She Likes Someone Else

As mentioned earlier, she’ll only do this to test you, after she’s slept with him or as she’s leaving you.

If you suspect she’s testing you, either make a joke about it or try saying this:

“Listen honey, I love you so much. But if you don’t think I’m the best guy in the world for you, go and find someone else. If you think this guy is a better option than me, go with him.”

The key to saying this is to be unreactive and not show any insecurity in your voice or body language. In this case, you’ll have demonstrated your love while showing a complete lack of insecurity, therefore passing her test with flying colors.

Do You Always Find Yourself In This Situation?

If several of your romantic interests disrespect you by showing feelings towards other men, it’s usually because you’re not showing enough of your masculine energy. Most likely, she sees you as weak and somewhat feminine. That’s why she tests your strength and that’s why she thinks she can get away with eyeing up other men.

My latest book is all about the power of masculine energy in dating. It reveals 11 powerful exercises to help you show off your natural masculine energy and make feminine women obsess over you. It’s available to buy on Amazon in e-book and paperback format.

It can be a stomach-turning situation when you suspect your girlfriend likes another man, especially if not you’re a naturally confident guy.

But I’ve now given you the exact steps for how to react, plus how to stop it from happening in the future.

Follow these steps and you won’t have to deal with this behavior from your girlfriend again.