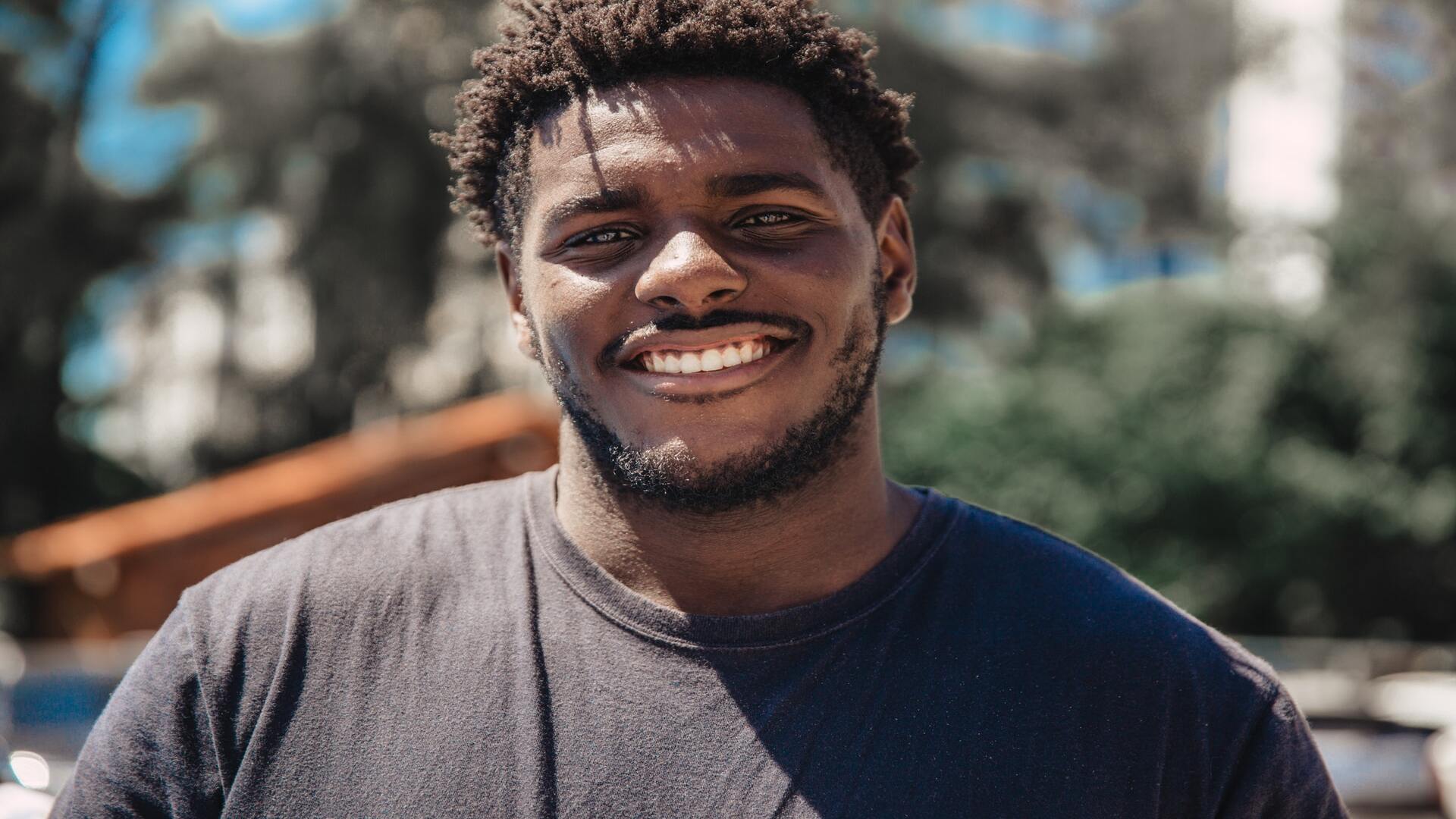 Are you wondering what it means when a guy stares at you and smiles? Don’t worry, you are in the right place.

When a guy stares at you and smiles it could mean a lot of things. Perhaps he’s just being friendly. Maybe you made him laugh or agreed with something you said. It could also be that he’s attracted to you and wants to talk to you.

Below, we’ll take a look at some of the reasons why a guy might choose to stare at you and smile. When possible, we’ll also give some useful tips to help you try and figure out his intentions.

11 Reasons Why A Guy Might Stare And Smile At You

Take a look at these common reasons why a guy might stare and smile. Perhaps some will stand out as the most likely reasons in one particular situation.

1. He’s Trying To Be Friendly

In most cultures, it’s considered polite and friendly to smile at other people. However, there are a few cultures where smiling at a stranger is so rare that it can disturb people and make them wonder if there’s anything more to it.

So, why is he staring and smiling if he’s just being friendly, you might ask?

It is a bit socially uncalibrated to stare and smile for too long, but friendly people don’t always do this on purpose. More often than not, it really is just a friendly smile and nothing else.

2. You Said Something He Agreed With

Yes, it’s considered rude to eavesdrop on other people’s conversations in most cultures, but most of us still do it occasionally. I suppose most of us are naturally nosey and curious. Also, some people are so incredibly loud that you can’t help but overhear them. Maybe you’re one of them?

Either way, if he heard you say something that he agreed with, that’s a reason for him to stare and smile.

The more controversial the statement you made, the more likely he is to stare and smile if he agrees with it.

3. You Made Him Laugh

If you made him laugh, he’s more likely to stare at you and smile than laugh out loud. This is because he knows it’s rude to get caught eavesdropping on another person’s conversation.

At the same time, perhaps he can’t resist from reacting a little bit. Staring and smiling is therefore somewhat of a halfway house between laughing and completely ignoring your joke.

What if you didn’t make a joke?

Well, there’s still a chance you did something that reminded him of a funny incident. Or, maybe (hopefully not), you’ve embarassed yourself in some way and haven’t noticed yet.

4. He’s Talking About You

Perhaps he’s sat with a friend who has made a comment about you that made him smile.

Even if the conversation continued on a different thread, it’s not too unusual for him to continue looking at you for a short while.

Would you describe his smile as somewhat devious? Is he trying to hold in laughter? Then, there’s every chance he’s planning some sort of practical joke.

Keep your wits about you for the next few moments, and don’t trust anyone who approaches you. There might be a prank being played on you by one of his buddies.

Rather than approaching you as soon as they spot your pretty face, a lot of guys will stare and smile at you first. These guys are waiting for an ‘indicator of interest’, such as you smiling back at them. This will give them the courage to believe they won’t be instantly rejected if they try to start flirting with you.

So, if an attractive guy smiles at you, you should absolutely smile back. Maybe go one step further and wave, flick your hair or even approach him first.

7. He Likes Your Fashion

There might be something about your outfit that made him smile. Are you wearing a t-shirt with a funny slogan or showing your support of a particular band or sports team? That’s enough for other fans to stare and smile…

Maybe he really has a thing for women in the type of outfit that you’re sporting, even if he’s not interested in talking to you?

Perhaps your outfit reminded him of a friend, lover or family member. It can happen, especially if your style is somewhat distinct at that moment.

8. He Thinks He Recognizes You

Did you two maybe go to high school together? Did he date one of your friends? Or do you just look like someone who does? This might be what he’s trying to figure out…

We’ve all experienced that awkward moment when we think we know someone, but we’re not sure. So, instead of going to say hi straight away, we stare for a while to try and get a closer look.

It can be awkward if you’re caught staring, especially if it turns out you’re complete strangers. But it does happen.

In fact, if guys took the time to approach and flirt with every attractive woman that crossed their path, they’d get nothing done and the economy would crash!

For whatever reason, this is a lot of women’s first assumption when they catch a guy smiling and staring at them (especially if he’s unattractive).

I suppose it’s important for women to think ‘safety first’, as there are some dangerous and creepy men out there.

In reality though, this is least likely to be the reason why a guy is staring and smiling.

11. Honestly, It Could Be Nothing

We’re all living in a world where we are the main characters. The thing is: in most people’s lives, we’re nothing but background characters.

There’s every chance that you think this guy is staring at you and smiling, when he’s actually staring into space and hasn’t even noticed you.

Honestly, there’s rarely a benefit to caring what other people think of you, because they’re not normally thinking much about you at all.

It’s not easy to tell which of these reasons is occupying any particular man’s mind.

If you like the look of this guy, your best option is to approach him and ask why he was smiling.

If you don’t like him, you’re best off ignoring him and hoping he stops staring soon.