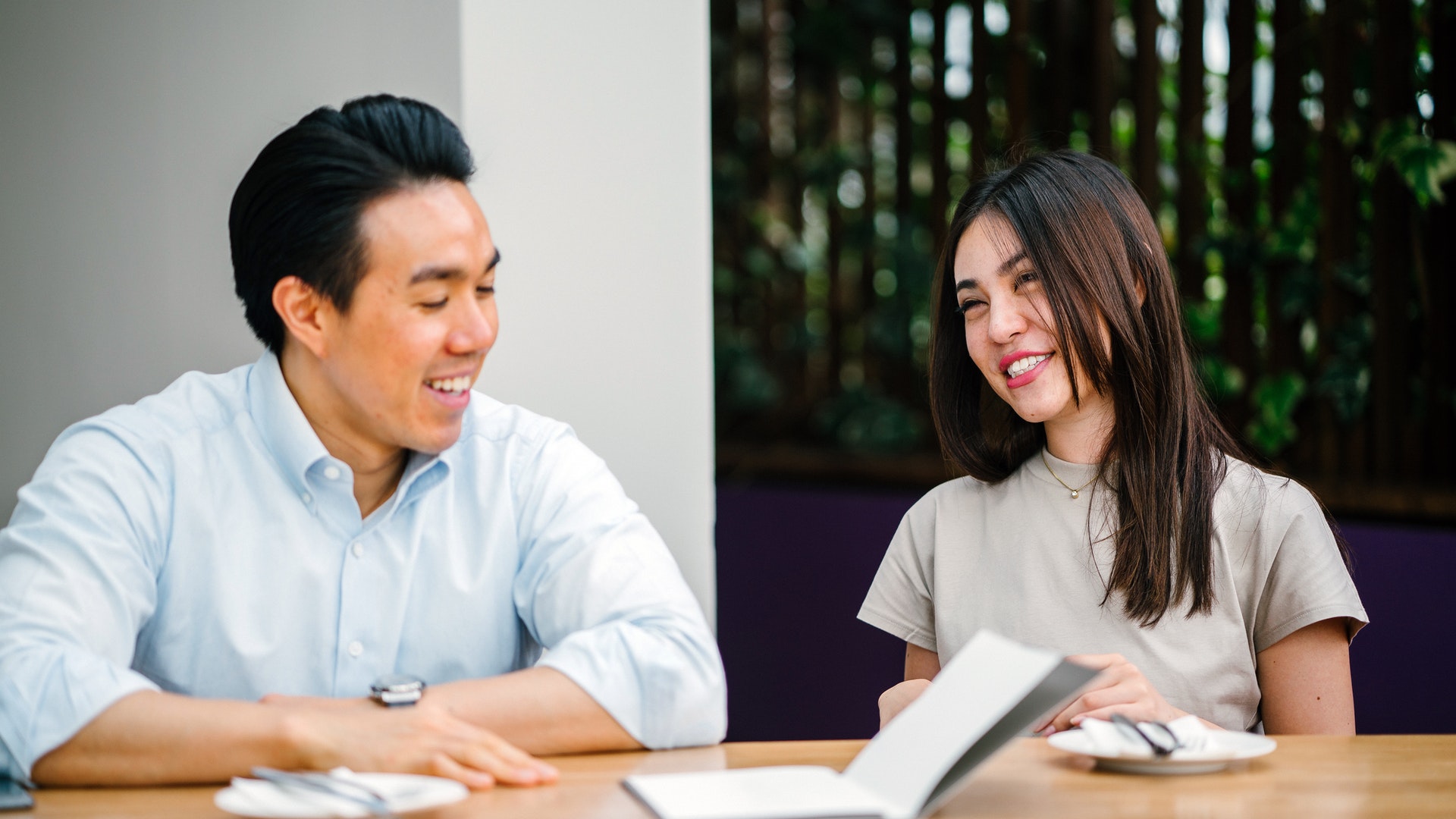 Are you wondering what it means when a guy calls you pretty? Does he want to date you or is there a more complicated reason?

A guy might call you “pretty” because he wants to date you. However, he might have chosen this light-hearted word to pay you a compliment without communicating any romantic intent. Perhaps he’s too nervous to call you “hot” or “gorgeous”, for example, or he doesn’t think it’s suitable.

Below, we’re going to explore the four key reasons why a man might call you pretty. Hopefully, this helps you uncover the meaning behind this word leaving his lips.

Why Does He Call Me Pretty?

The word “pretty” is somewhat of an enigma. On one hand, it’s definitely a compliment on your appearance. He’s definitely saying you look attractive when he calls you “pretty”.

At the same time, the word doesn’t necessarily convey romantic intent. A man could call his crush “pretty” if he wants to date her, although she wouldn’t know for sure, just as you don’t.

He couldn’t get away with that if you called them “gorgeous”, “hot” or even “good-looking”.

So, why did this guy call you “pretty”? Most likely, it’s for one of these four reasons.

1. He Has a Crush On You, But He’s Too Nervous To Go “All In” With His Flirting

When a guy is nervous to flirt with a woman, he’ll often half-step it. In other words, he’ll flirt in a way where he can deny he was flirting if things don’t go his way.

Calling you “pretty” might be one of those half-step flirting methods. He might also invite you somewhere without explicitly stipulating that it’s a date.

This is a bit cowardly, but a lot of guys really do fear the prospect of rejection, especially in the modern day where more men are being accused of harassment just for complimenting a woman.

If you want him to be more full on with his flirting, you can encourage him by complimenting him back.

2. He Has a Crush On You, But He Wants To Be a Gentleman About It

Some traditional men might have been taught to be more conservative with their compliments and that’s why they call you “pretty” instead.

Yes, chivalry may not be as common as it used to be, but it’s still alive and well in the hearts of some men.

This chivalrous approach clearly isn’t terrible either. It’s got you thinking about this guy enough to search the internet for his potential intentions.

3. He Wants to Compliment You Without Communicating Romantic Intent

There are plenty of occasions where a man will feel the urge to compliment someone’s appearance, even though they have no intentions of even thinking about dating them.

A man might still feel the urge to tell you that you look good in these situations. After all, why not brighten your day with an innocent compliment?

As we’ve explored though, there are few other words other than “pretty” that he can use to compliment you without conveying romantic intent.

4. He’s Having Fun With You

Some super-confident guys, without an ounce of nerves inside them, like to have fun flirting with women.

Some like to mix it up by using odd or peculiar words. He might enjoy being intentionally awkward as a way of amusing himself.

It takes one heck of a flirt to pull this off, so you better watch out for this guy. Most likely, he’s a notorious player.

The truth about these natural flirts is that they may or may not want anything to come of it. In many ways, it’s this non-neediness that makes them so attractive.

How To Make A Man Truly Want You

If you’re frustrated that this guy won’t step up and ask you out on a date, I recommend you read Suzanne Venker’s book Women Who Win At Love. This book teaches you how to be the woman that men can’t resist. Once you follow the advice in this book, you’re unlikely to be short of options for great men who want a serious relationship with you.

The great thing about this book is that the author isn’t afraid to tell the harsh truths about what men really want. That’s why I recommend it to all the female acquaintances in my life.

It can definitely play on your mind when a guy calls you pretty, especially if you were hoping that he would go “all in” and ask you on a date.

Still, hopefully this article has given you a rough idea of his intentions. The best way to discover what he truly wants with you is to ask him, or to ramp up the flirting and hope he finds the courage to ask you out.

If you’re not brave enough to do that, you’re going to have to be patient and hope that his future interactions with you shed more light on the situation.