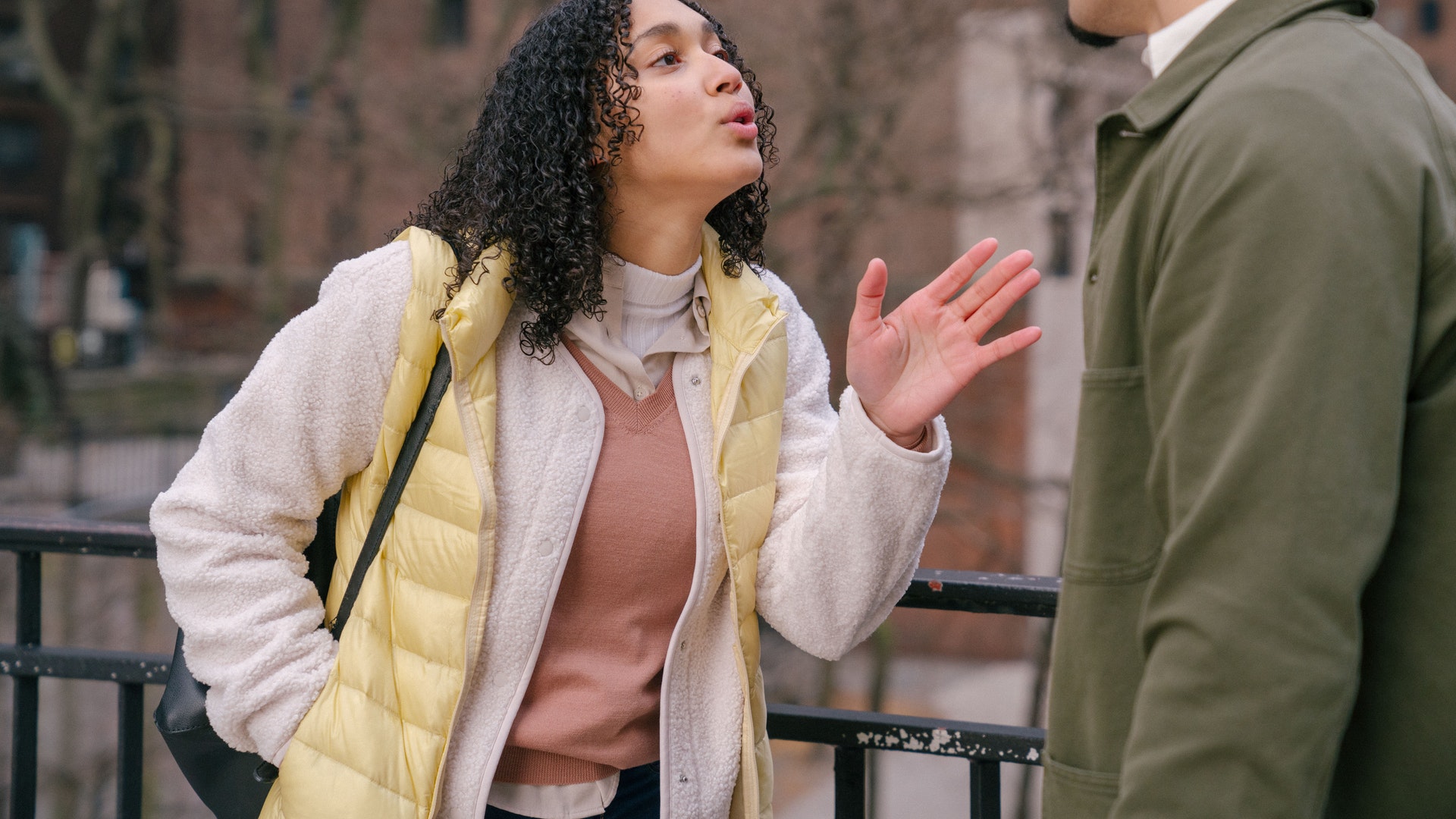 Is your wife shouting and screaming at you all the time? Do you have no idea how to handle it?

The simplest way to stop your wife from yelling is to do what she says, but this teaches her that yelling is an effective way to get what she wants. A better approach is to not engage in any discussion at all until she calms down.

Read for an in-depth guide on how to reach when your wife yells at you, including how to stop her from yelling at you again in the future.

The Easiest Short-Term Fix Is to Do What Your Wife Says, but This Will Cause Long-Term Problems

If your wife is yelling at you because of a mistake you made, the easiest way to stop her is to apologize and fix the problem she’s complaining about.

That should quieten her down, for now.

But, in most cases, it’s going to cause more long-term problems for you later on in your relationship.

Let’s make this clear. There’s no place for shouting, screaming or angry demands in a healthy relationship. You shouldn’t have to accept this from anyone, let alone your spouse.

By accepting this toxic method of communication from your wife – and actually doing what she’s demanding of you – you’re teaching her that it’s beneficial to yell at you.

So, while you may have peace and quiet for now, the chances are she’ll be yelling at you again in the future.

A Woman Doesn’t Respect a Man She Can Boss Around

This is why most women want their husbands to be the leader of the house.

If your wife is frequently yelling at you, she doesn’t see you as a capable leader. That’s a big problem.

Her attraction for you will dwindle when she realizes you’re a weak leader who she can boss around. In fact, in most cases, a lot of her yelling will stem from the frustration that she married such a weakling.

A woman doesn’t yell at a man she respects.

This might hurt to hear. You can deny it and click off the article now, or accept it and learn how to fix the problem. Your choice.

If you can’t learn to be the king of your castle, your wife will eventually begin to look for a different king to lead her.

How to Calm Down an Angry Wife

The most important step is to remain calm yourself.

If you react to her yelling by shouting, screaming, cursing or any sort of physical action, it’s only going to create more conflict! Usually, it will create more intense conflict too. It certainly won’t solve either of your problems.

To show you’re a strong masculine man, you don’t need to yell over or physically reprimand anyone.

In fact, a key sign of a truly masculine being is to be unreactive. Have you ever heard a woman call a man her ‘rock’? This means he’s the person who can stay calm and ground her when her emotions are all over the place. Emotional feminine women are all looking for their rock. You need to be that rock for your wife.

When you don’t react to her anger, she might try and push your emotional buttons to get a response from you. If there’s anyone who knows your deepest insecurities, it’s probably your wife. Be ready for this and don’t let her trigger you.

Calmly tell your wife that you won’t engage with her until she speaks to you in a respectful manner. That’s all you need to say until she calms down.

If she continues yelling, repeat that you won’t engage until she calms down and speaks to you respectfully.

If she refuses to do so, walk away from her. Give her some time to calm down alone. You can continue the conversation once she has.

How to Respectfully Discuss Your Marital Problems

A husband and wife will inevitably have disagreements. This is healthy, and can even strengthen your marriage if discussed in a healthy way.

When discussing a disagreement, both spouses should be encouraged to focus on the behavior, rather than the person themselves.

This is a simple framework for calmly discussing marital problems.

If your wife presented a problem like this, you might respond by explaining why you did the behavior that upsets her, and what you propose to do in the future.

The aim should be to reach a compromise that satisfies both of you.

Once the compromise is reached and the disagreement is settled, ask your wife to apologize for yelling (if she’s hasn’t already)

How Else Can You Satisfy Your Wife?

Remember, a woman doesn’t yell at her husband if she respects him.

So, while this particular issue may have been resolved, it’s worth exploring what you can do to fulfil your wife even more.

A common complaint that you might hear from an angry wife is: “I wish you’d do this without me asking you.”

Read in between the lines and you’ll see she wants you to LEAD. Are you a husband who never takes charge and waits for your wife to organize everything? If so, this is a behavior you need to stop. Become the king of your castle.

Your wife might not always yell because she doesn’t respect you. Her anger problems might stem from abuse or trauma in her past.

If this is the case, the best solution is to seek help from a therapist.

Your wife might have resistance to this, especially if you present the idea in a way that suggests she’s the only problem in the relationship. She might continue to insist that you are the problem and bat away all discussions about therapy.

So, couples therapy or marriage counseling might be the way forward at first. The therapist will act as an independent mediator of your marriage problems and explore what’s causing them.

These professionals will be qualified to uncover any trauma that your wife might be repressing.

In extreme circumstances, it could be that your wife is suffering from mental health disorders such as bipolar disorder or borderline personality disorder. A therapist will be able to refer the correct treatment for problems like this.

Be Aware If You’re Being Abused

Domestic abuse is not just physical violence. Emotional abuse is just as unacceptable.

The thing is: it’s more difficult to spot and easier for a victim to rationalize.

If you think you’re a victim of emotional abuse in your relationship, it’s good for you to speak to a therapist about it.

Don’t fall into that traditional ‘toxically masculine’ trap of being too proud to share your problems.

Domestic abuse – whether that’s physical or emotional – needs to be stopped immediately.

In many cases, the best option will be to spend some time away from each other until you both agree to seek help to fix the problem.

These Books Can Help

A marriage is supposed to be for life. It’s destined to have its ups and downs. These steps will help create a happier marriage with a wife who has been yelling at you, if you both agree to follow them.

If your wife refuses to co-operate with these steps, you may need to threaten to walk away from the marriage. There needs to be consequences, otherwise she may continue to selfishly do whatever she wants.

Hopefully, it doesn’t come to that. And if it does, let’s hope she comes to her senses and tries to help fix the problem before you decide divorce is the only option. Best of luck.