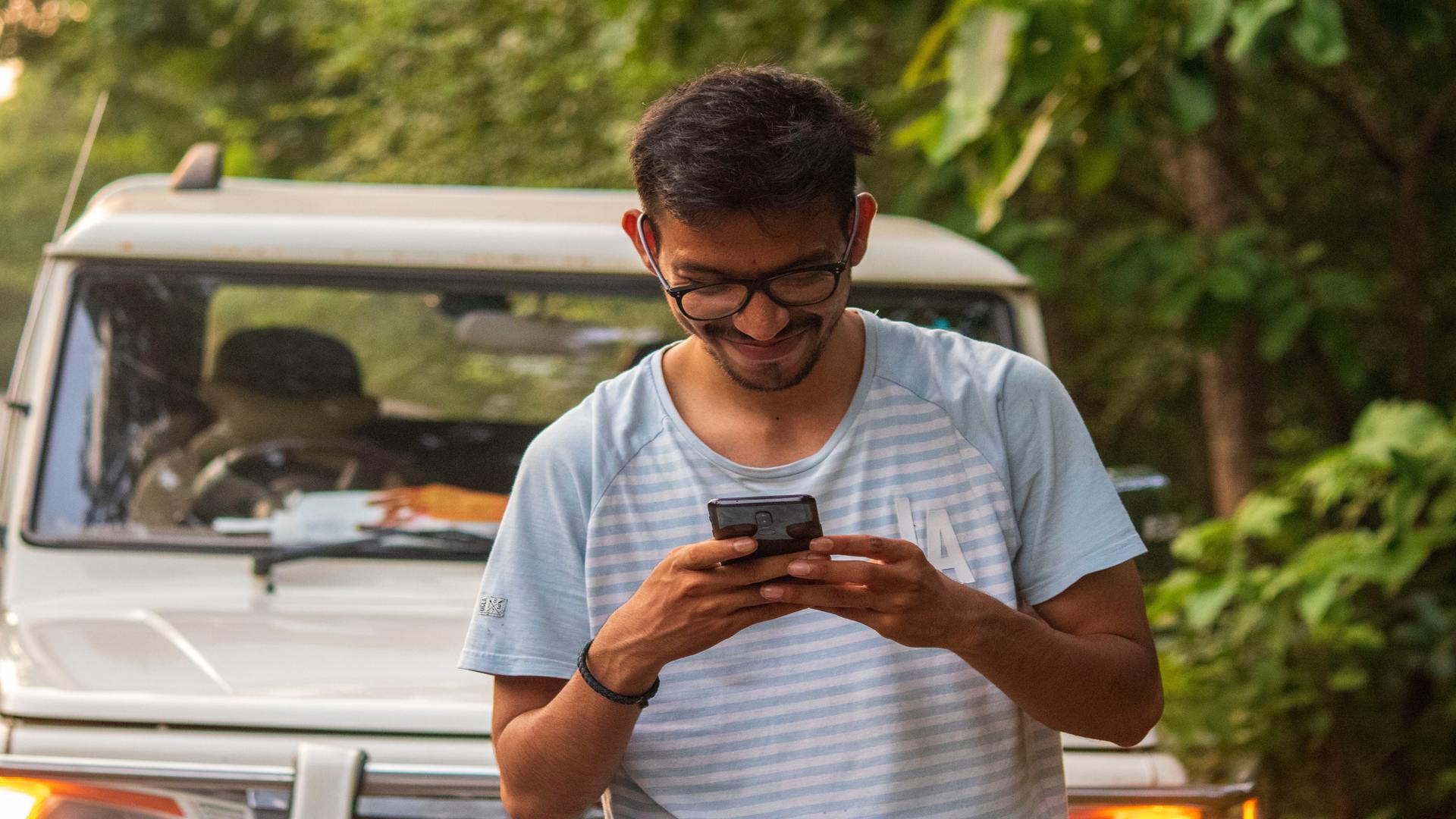 In this guide, you’re going to learn how to text a girl who has a boyfriend.

The most important thing to remember when texting a girl who has a boyfriend is to flirt subtly. The girl must always be able to deny that the two of you are planning a hook-up. Invite her to a cool event and if she accepts the invite, it’s game on.

Quick tip: Online dating is important to succeed with girls in 2022 and I recommend trying eHarmony instead of texting another guy’s girl. EHarmony arguably remains the number 1 dating website for personality-based matching which means looks is not the determining factor for getting matches. Give it a try.

We have made a list of messages you can send to a girl that will make her respond even though she has a boyfriend. HERE is the list.

Read on for a full list of steps and tips for texting a girl who has a boyfriend.

Why Do You Want to Text a Girl Who Has a Boyfriend?

There’s only one reason why a man would read a guide on how to text a girl with a boyfriend. That’s so he can eventually hook up with her.

So, it’s only right that the guide begins with this question.

Why are you pursuing a girl who has a boyfriend?

There are plenty of single women out there. Why is this girl so special that you feel the need to break up her relationship?

It’s far more difficult to convince a girl with a boyfriend to date you. It’s also a great way to get your ass kicked. In most cases, it’s recommended to not even try this.

With that said, if you somehow have a good reason to pursue this girl above all others, the rest of this guide will focus on the most effective way to do it.

The ‘It Just Happened’ Frame: The #1 Rule Of Texting Girls With Boyfriends

The ‘it just happened’ frame is being able to convince yourself that something happened spontaneously, and wasn’t pre-planned.

Whenever you’re trying to hook up with a girl, you want her to retain this frame.

This is because women are shamed for hooking up with men too quickly.

But, for whatever reason, it is perceived as less shameful if it happened in the spur of the moment because her emotions got the better of her. That’s more forgivable, and supposedly not as cheap as meticulously arranging a D appointment several hours before the fact.

Now, a woman may know she’s going to sleep with you way before it happens, but she doesn’t want you to know she knows. She needs to retain plausible deniability for the ‘it just happened’ frame to remain intact. Without this frame, she’s usually going to feel too cheap to go through with it.

Now, if there’s one thing that’s seen as even MORE promiscuous than sleeping with a guy she barely knows, it’s doing so when she has a boyfriend. So, you better take extra care to help her maintain the ‘it just happened’ frame when texting a woman who has one. The last thing she wants is written proof that she’s an unfaithful tramp.

That means you shouldn’t text her anything that makes it too obvious you’re going to try and sleep with her.

Give Her A Reason To Be Interested In Texting You

First off, you need a reason to be texting her in the first place, especially if you’ve never met this woman yet.

So, what are some common reasons a hot girl with a boyfriend might be interested in texting you?

Essentially, it’ll really help if you have some sort of value to offer her, otherwise you’re just the next attention-seeking dude in her DMs.

Of course, if this woman already knows you and she’s already attracted to you, you might not need any of this stuff. Most probably, you could start a conversation about the things you have in common and she’ll be happy to reply.

Make no mistake about it though; the more value you have to offer, the more attracted she’ll be and the more likely she’ll text you back.

If you’re not sure why this is true, learn about ‘hypergamy’. It’s one of the most common reasons why women leave or cheat on their partners.

If you have nothing to satisfy her hypergamy, it’ll be even more difficult to convince her to cheat on her boyfriend with you. She’d have to be seriously unhappy in her relationship to even consider that.

Use Social Media To Get In Touch

Let’s assume you do have some sort of value to offer this woman.

Messaging a woman on social media is one of the best ways to show this off to her.

Most likely, if your messages catch her attention, she’ll browse your profile.

If you’ve posted content that displays a fun high-value lifestyle, that’ll gauge her interest even more. Now, she’s seen proof of what you have to offer her, without you having to brag about it.

If she follows you and you’re regularly posting fun updates from your life, you can draw her into your world.

Because you’re posting these updates to all your followers, she can view an unlimited amount of them without feeling like you’re actively pursuing her. This helps maintain the plausible deniability on her part.

Be Fun And Flirty

Once you’ve established a conversation, it’s important to throw in a few flirty comments.

Without them, the interaction will lack sexual tension and you’ll have no way of knowing whether she’s actually interested in hooking up.

Subtlety is key though.

“That skirt makes you look like a bad girl” is fun and flirty.

“I want to make love to you all night long” kills all plausible deniability.

If you’re playing it well, she’ll be sending similar flirty messages back to you.

If instead of reacting well, she calls you out for sending even only slightly flirtatious messages, there’s a good chance she’s not into you at all.

You really should be looking for some form of encouragement before you continue flirting with this woman over text. Send too many inappropriate messages without her encouragement, and she might even tell her boyfriend all about your efforts to seduce her.

If She Mentions Her Boyfriend, Acknowledge It And Change The Topic

Let’s say the flirting is going well, but she does mention her boyfriend now and then.

A quick “cool” will suffice here, then go back to the conversation you want to have. There’s nothing good that comes from dwelling on the boyfriend topic for too long.

If she continuously mentions him, it might be time to call it quits. That’s a clear sign she’s not looking to leave or cheat on him.

If She Accuses You of Flirting or Hitting on Her, Don’t Deny It.

You should never completely deny your romantic intentions. At the same time, you don’t want to kill her plausible deniability.

So, if she accuses you of flirting, the best strategy is to make a joke of the accusation. You can sarcastically claim that you’re too nervous to flirt with women. Or sarcastically exaggerate her accusations, claiming you’re madly in love with her. It’s best to use voice notes here, so she can tell you’re kidding.

Once you’ve built a flirty rapport with this woman, it’s time to invite her out.

Your best chance of getting her to meet you is at a group event. She’ll often feel too guilty to agree to a one-on-one meet-up, no matter what you say your intentions are.

Once you’re together at a group event, ramp up the flirting, but keep it verbal while in public.

If she responds well, find an excuse to go somewhere private with her. This is where the real magic can potentially happen.

A Final Note On The ‘It Just Happened’ Frame…

You don’t need to make up some super-clever unsolvable lie to create the ‘it just happened’ frame.

If you invite a girl you’ve been flirting with back to your place for some ‘chai tea’ or to ‘see the view from your balcony’, she knows you’re probably going to try and have sex with her. But there’s enough plausible deniability for her not to feel dirty for doing it.

As long as you don’t use a ridiculous over-the-top excuse – or something completely overdone like ‘Netflix & Chill’ – she’ll come back with you (assuming she does want to have sex).

You should make use of the ‘it just happened’ frame on all first dates, whether the girl has a boyfriend or not.

Pursuing a girl who has a partner is highly immoral.

However, the method above is how the most successful sexual deviants get it done.

Use it at your own risk – and don’t blame anyone but yourself if you get an ass-kicking from her boyfriend.