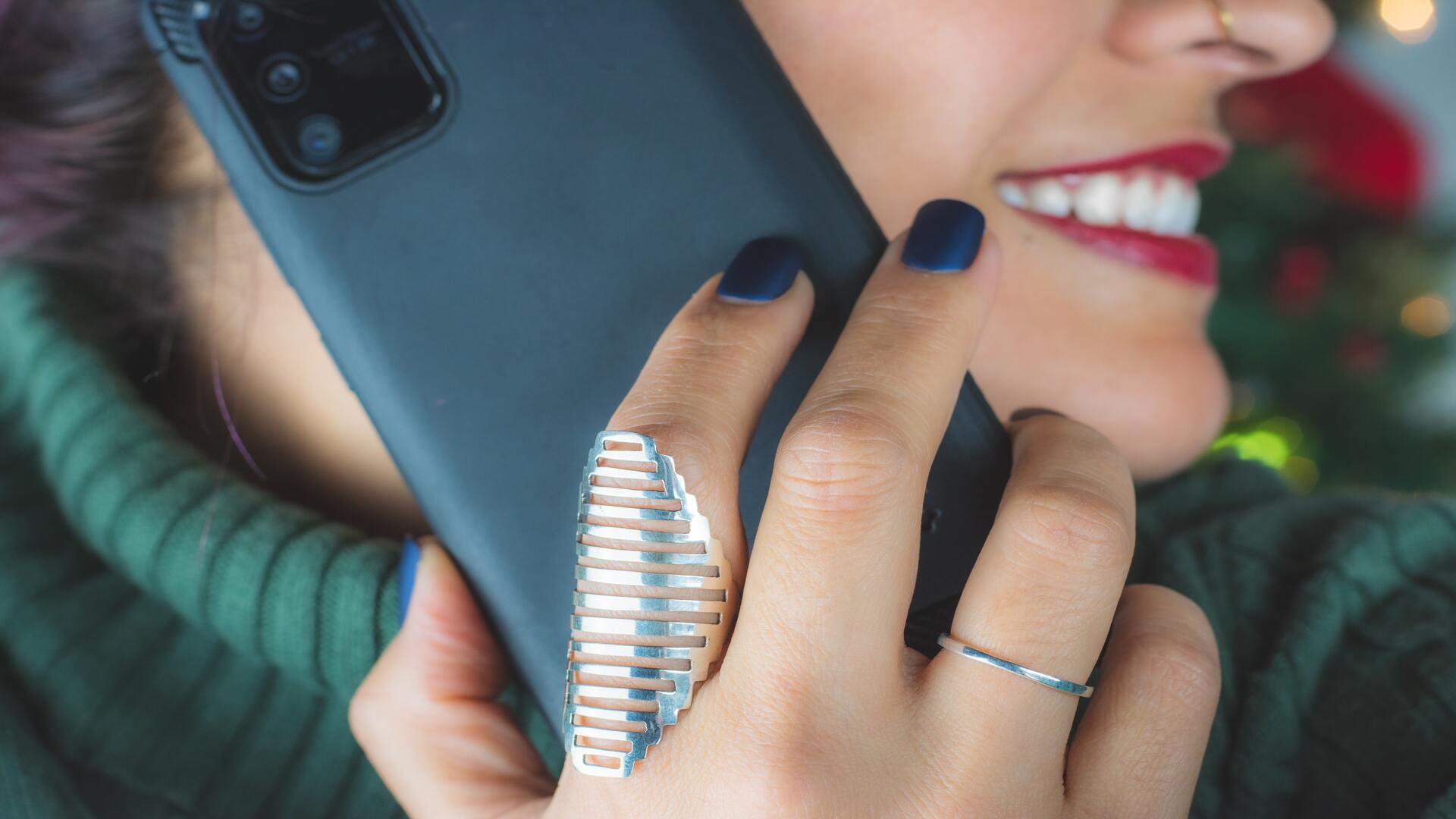 Welcome to your comprehensive list of ways to know if a girl likes you through phone calls. Stay tuned.

You can assume she likes you through phone calls if she calls you regularly, shows interest in your stories, laughs and giggles a lot, compliments you, teases you, asks you questions, uses a feminine flirty voice, and hints that she’s not busy.

Below, you’ll find the full list, including some more subtle signs that she likes you and why it’s important to look out for them.

Here are 13 signs to look for during a phone call to figure out if she likes you.

She Sounds Excited to Hear From You

This is probably the most important one. We all have two default ways of answering the phone. There’s one way for people we like and another for everyone else.

When someone we like calls us, there tends to be at least a hint of enthusiasm and excitement in our voice. If this isn’t the case sadly she is probably not interested in you. Most men have low success with women because they use shallow dating apps like Tinder when looking for dates.

A much better alternative for average guys would be eHarmony. It arguably remains the number 1 dating website for personality-based matching. From personal experience, girls on this website are also much more talkative and seem genuinely more interested in the guys they match with. Give it a try.

She Always Answers Your Calls or Calls You Back Quickly Afterwards

This shows you’re more of a priority than the other things she’s usually doing.

If she’s not returning your calls that same day or regularly finding excuses not to call you back, that’s a clear sign you’re not a priority.

She Calls You Regularly

If a woman is initiating the phone calls, that’s even more of a green light that shows she really likes you.

This is doubly true if she’s calling you and doesn’t have anything particularly important to tell you.

That means she doesn’t have to talk to you, but she does enjoy chatting with you. Out of all the contacts in her phone, she chose you for mindless smalltalk.

She’s Excited About Your Stories

When someone we like tells a story on the phone, it’s common for us to verbalize our interest. We tend to chip in with more encouraging statements like ‘no way’, ‘uh-huh’ or ‘wow’. We also tend to ask more questions. That’s because the other person can’t see that we’re interested.

If a woman is doing this during your stories, that’s a good sign.

She Wants You to Know What She’s Been Doing

We don’t tend to share intimate stories of our lives with people we don’t like. So, if she’s doing this with you, that’s another great sign that she likes you. Most likely, she wants to impress you with cool stories of what she’s been up to.

Bonus points if she’s saying things like “I have to tell you this” or “You’ll love this story”.

She Laughs at Your Jokes

It’s well-known that girls tend to laugh harder at a man’s jokes if she’s attracted to him. In fact, it’s sometimes recommended to tell bad jokes as a test of whether a woman likes you!

She Giggles for No Reason

She Doesn’t Want to Use Video Call

If you call her spontaneously and she doesn’t want to use the video call function, that’s a subtle sign that she’s attracted to you.

Most probably, she doesn’t want you to see her not looking her best.

If the two of you were just friends or strangers, she’d be less bothered about being seen with messy hair and no make-up.

On that note, if you’ve scheduled a video call and she’s made a special effort to look great, that’s another clue that she’s attracted to you.

She Hints That She’s Not Busy

Girls are masters of pretending they’re busy when they don’t want to meet a guy face-to-face.

So, if she mentions she’s not busy, she’s usually hinting that she’s free to hang out with you in person. If she does it unprompted, that’s one of the biggest hints of all.

If you ask her to hang out and she genuinely has plans that day, she’ll usually offer up alternative times to meet.

This is perhaps one of the biggest hints that a girl likes you.

If a girl doesn’t suggest a day that she’ll be free or suggests that she’s busy all week, that’s a great sign it’s time to move on.

Women will always make time for guys they’re truly interested in, no matter what else is going on in their lives.

She Uses a Feminine Flirty Voice

A monotone voice indicates that she has no emotion towards the person on the other end of the phone.

If she’s making an effort to sound particularly feminine and flirtatious, it’s because she likes you.

This is one of the most nailed-on signs that she’s into you, especially if it’s a physical compliment.

Most girls will never compliment guys they’re not into, because they don’t want these guys to get the wrong idea.

The truth is: good flirting is like a dance. There’s back and forth. Push and pull.

If a woman is teasing you in a light-hearted way, she’s usually flirting with you.

She Asks You Questions

If she asks questions, tells her own stories or does anything to prolong the conversation, that’s a good sign. Women will not do this if they’re not enjoying speaking with someone.

It’s not always easy to tell whether a girl likes you, especially when you can’t see her.

But, with this guide to help you, it’ll be far easier to spot the signs she likes you when you’re speaking on the phone.

Whenever you notice a few of these signs during your phone conversation, you should feel confident about asking her on a date.