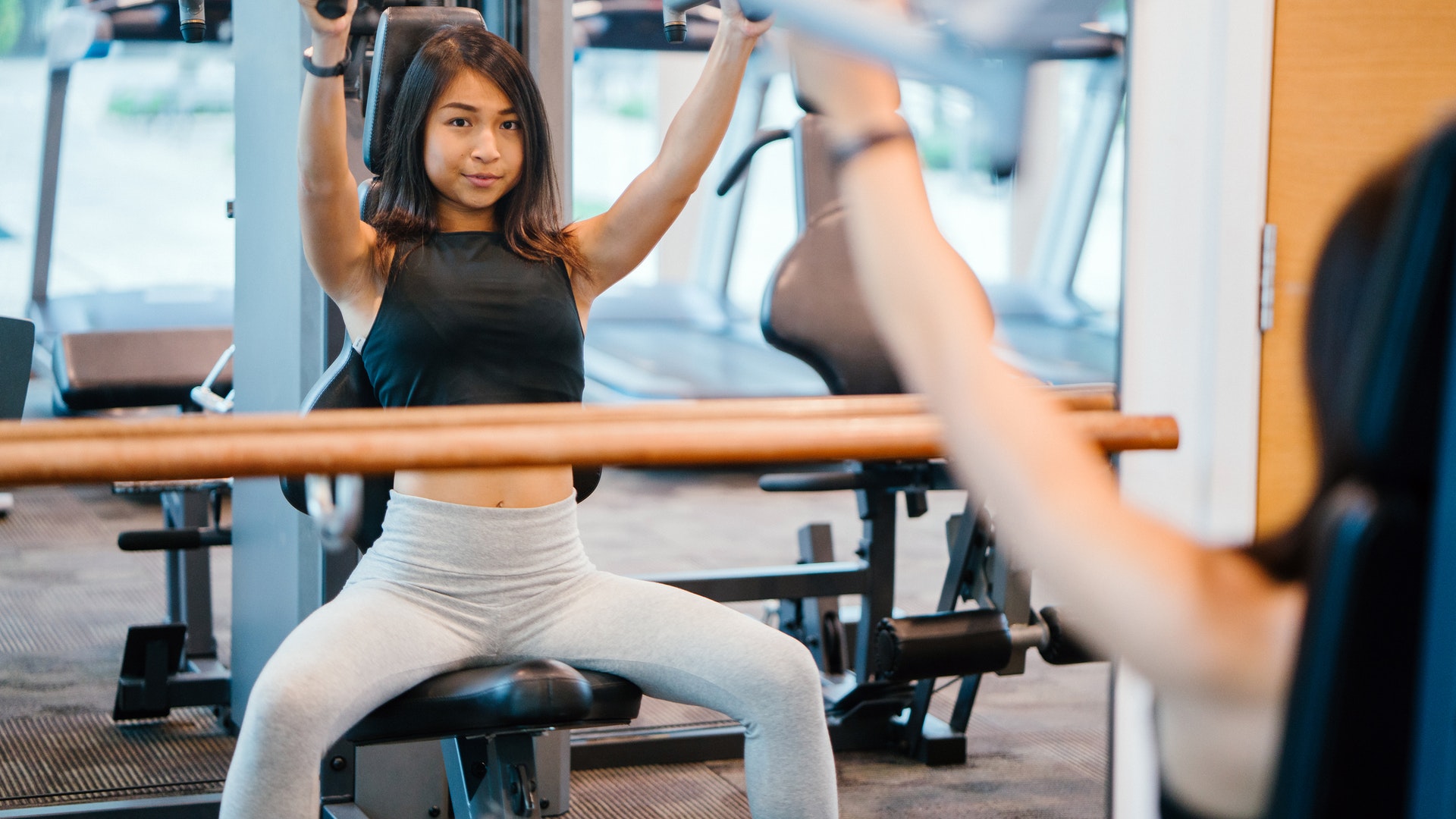 Want to know how to find out if a girl likes you at the gym? The answer is actually quite simple.

If a girl likes you at the gym she will make repeated attempts to engage with you such as staring, smiling, or seemingly always being on the same machines as you. If she is opening a conversation or asking for advice she is very much likely into you.

The thing is: it’s usually best to be absolutely sure a girl likes you before hitting on her directly. If you make a mistake in an environment like this where you see the same people over and over, you could quickly get a reputation as the local creep.

That’s why this guide is important. It features an extensive list of signs that a girl likes you at the gym, and how to push things forward if you like her as well.

5 Signs A Girl At The Gym Likes You

Some women hate the idea of being social at the gym. They want to get in, lift and get out as quickly as possible. For a lot of these women, the idea of being hit on at the gym makes them extremely uncomfortable. These women will typically do everything they can to dissuade men from talking to them.

The good news is: this makes it easier to spot the woman who actually does want to talk to you.

She Stares At You

You know the way that you can’t help but stare at the woman with the big booty as she’s doing squats? Well, women have similar struggles. If you catch her staring at you often, it’s usually because she’s attracted to you.

She Seems To Be Near You A Lot

If a woman is seemingly always on the same machines as you, that’s unlikely to be a coincidence. More likely, she’s trying to make it as easy as possible for her to talk to you.

She Smiles At You

This is one of the clearest invitations to talk to her you’ll see at the gym.

She Talks To You

If she’s feeling extremely bold, she might start a conversation herself. Most likely, it’s going to be about something other than her being attracted to you. But, if you keep the conversation going in the way we suggest below, it could soon become apparent that this was what really inspired her to say something.

She Asks You For Help

If she asks a question about a machine or about her form, it might look like an innocent request. But she could have asked anyone. She could have asked a trainer! Why did she ask you? It’s worth trying to keep the conversation going afterwards and seeing if she’s open to that.

How To Flirt With A Woman At The Gym

It’s important to make it clear that some women hate being hit on at the gym. These are the types of women to complain to the staff or spread gossip about a guy accusing him of harassment. These women will usually show you none of the signs she likes you, listed above.

Still, even if you’re reasonably sure a woman likes you, it’s best to proceed with caution because you probably don’t want to get a bad reputation as the creep who makes women feel awkward.

If you want to occasionally flirt with women at the gym, it’s a good idea to be social with everyone there. This not only helps you to avoid a creepy reputation, but it also helps you gain a reputation as a cool and popular guy. Women will notice this, and will often be more open to engaging with you as a result.

Timing is important too. If you try to start a friendly chat when a woman is in the middle of her set, that’s a great way to annoy her and come across as socially uncalibrated.

Most importantly, when you do start a conversation, it’s best to do so indirectly (aka not hitting on her). If she gives you signs that she’s happy to continue talking with you, make an effort to find common interests and swap contact details based on these. Perhaps you want to start by following each other on social media, as these are genuinely seen as more casual and less of a big deal than phone numbers. If she shows no interest in a lengthy conversation, leave her alone.

Once you have each other’s social media details, you can begin to learn more about each other’s lives outside of the gym. This should make it easier for you to continue your conversation in the DMs. Now, you’re no longer ‘that guy from the gym’, you’re more than that.

At this point, once you’ve established somewhat of a warm relationship, it’s much safer for you to ramp up the flirting, whether that’s in the gym or in the DMs. If she responds well, feel free to ask her out on a date.

This process takes longer than meeting a woman in a bar or on Tinder. Perhaps you’ll need to make smalltalk with her three or four times before you get a good opportunity to swap contact details. But, it’s necessary to play the long game if you don’t want to gain a reputation as the creepy gym predator. This reputation will ruin your chances of meeting any women at the gym in the future, and can often make going to the gym a far more awkward experience.

The gym can be an under-rated venue to meet women, once you know how to do it the right way.

Now you know the signs that a woman at the gym likes you, perhaps you’ll feel more empowered to start making connections there.

However, it’s in your best interests to make an indirect approach. This will save you from making women feel uncomfortable. It’ll also save you from getting a bad reputation.