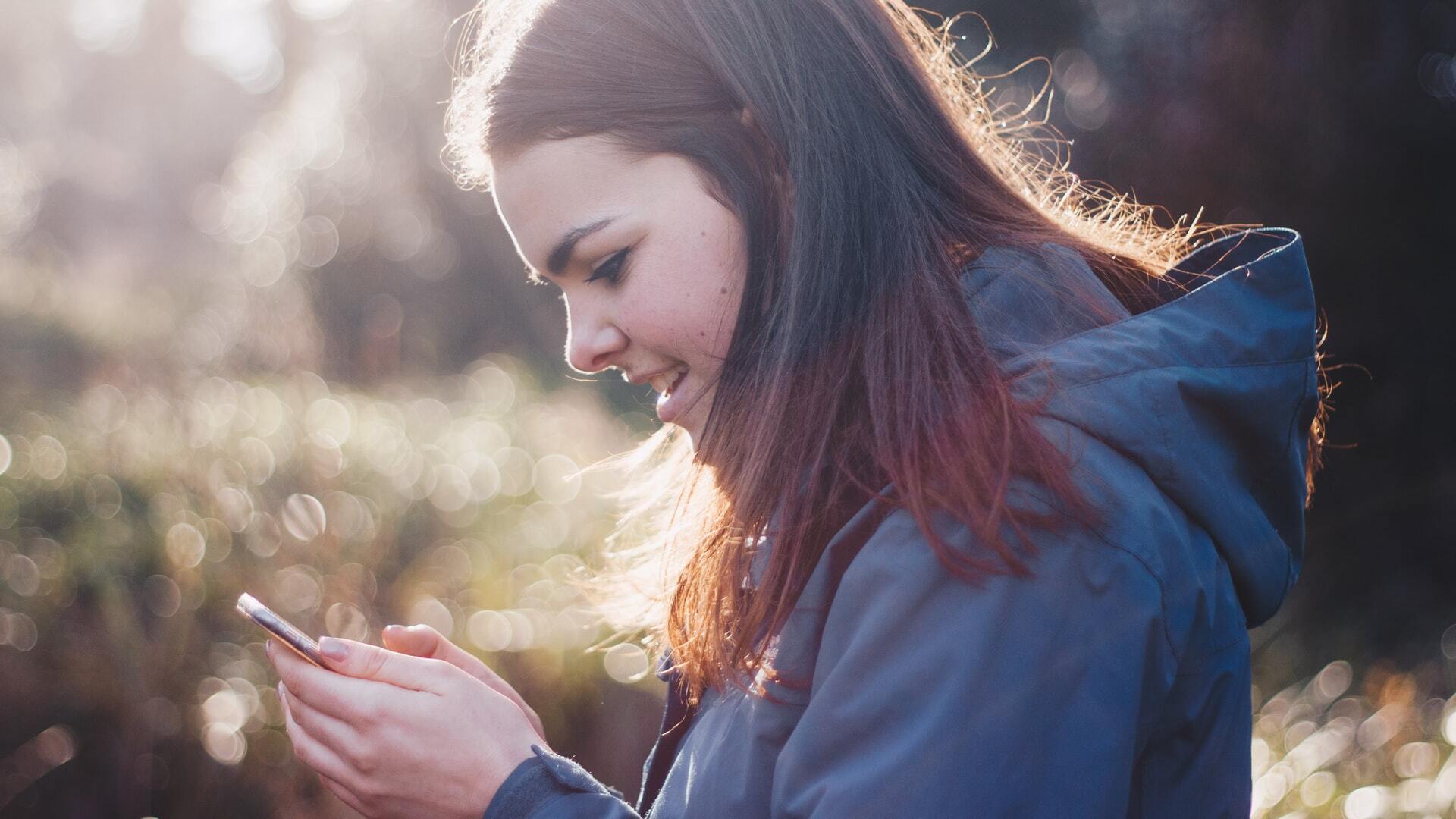 Are you tired of being single? Worry no more because this is your ultimate guide to finding an online boyfriend.

The key steps to finding an online boyfriend are: choosing the right website, making your intentions clear, screening their online profiles to see if they’re right for you, and acting like ‘girlfriend material’ while you’re texting them them.

Below, you’ll find these steps explained in glorious detail, so you’re left with no doubts as far as what it takes to find a great boyfriend online.

How to Choosing the Best Dating Website to Find a Boyfriend

Online dating has become an increasingly popular method of meeting a long-term partner.

The problem is: there are so many online dating services to choose from nowadays. How’s a girl supposed to pick the best one?

Well, The Knot’s survey revealed that Tinder, OkCupid and Bumble were the top three apps as far as the amount of spouses that were being introduced to each other. But could that be due to the sheer amount of people using these apps? These apps all allow free memberships, after all.

It could easily be argued that paid apps are actually more effective at introducing members to spouses, because the monthly fee incentivizes members to take it more seriously.

EHarmony is widely regarded as the #1 website for singles looking for serious relationships. Its own data suggests that it’s responsible for 75% of marriages that begin online – and that 71% of female users find their spouse within a year of being on the platform.

Then, there are premium online websites like Luxy or The League. These are far more expensive than traditional online dating websites, but that’s because they’re for wealthy singles only. If you’re determined to bag a rich boyfriend, these are the websites for you.

Women shouldn’t discount niche dating websites either. If it’s essential that your boyfriend is religious, perhaps Christian Mingle or JDate is the best dating website for you. If you’re determined for your partner to be a farmer, create an account on FarmersOnly.com. Yes, there are some pretty weird niche dating websites out there, but people are finding suitable partners on them. There are less users overall on these websites, but the men you do meet are more likely to be to your tastes.

There’s an increase of high-quality men sliding in the DMs on social media websites like Snapchat and Instagram too. So, if you can create an enticing presence on these platforms, you can expect to hear from some eligible suitors too.

This quick summary should help you get you a decent idea of the best dating websites for you. Ultimately, your best bet is to create an account on several online dating websites, then perhaps stick with those which appear to be most suitable.

How to Make Your Intentions Clear With Your Online Dating Matches

There’s a prevalent myth about online dating that it’s only for hookups. That’s incredibly off-putting for a number of women. Yet, the stats show there are plenty of people finding real love on these platforms.

Your online dating bio is a great place to state your intentions. You should make it clear here that you’re looking for a serious relationship, not a one-night stand. The more effort you put into your bio in general, the more likely you’re going to attract men who want you for your personality. It’s staggering how many women write zero words in their bio, then complain about only attracting men who want their body.

You should state your intentions while messaging guys on the app as well. If he’s pitching a ‘first date’ in his bedroom, you need to make it clear that this guy has the wrong idea. If he wants to sext before meeting you, politely decline. This isn’t what men or women looking for serious relationships do. Focus on getting to know each other and arranging a formal date before the conversation gets sexual.

Don’t apologize for your intentions either! If a guy tries to make you feel guilty for taking things slow, he probably isn’t the ‘boyfriend material’ you’re looking for.

How to Screen Your Online Dating Matches

A lot of women are put off by the ‘mystery’ factor of online dating. Will this guy be as confident in real life as he appears online? Will he be as polite and gentlemanly? Will he even look like his pictures?

Well, the truth is: there’s no reason for there to be any mystery about this guy before you meet up.

People are making so much information available about themselves online these days. Plus, with modern technology, it’s so easy to arrange a quick video call with your online matches.

So, it should be possible to abolish or confirm any fears you have about this guy before you meet up.

You should absolutely add your match on social media and have a quick scour through his profiles. He gets to learn about you when you do this too, so there should be no reason he’d be against it (unless he has something to hide).

If he’s surrounded by dozens of different girls on his profile, that’s a clear sign he’s not ready to settle down with someone special. In most cases, you’ll be able to spot any other red flags he has in his social media profile.

Of course, you should absolutely ask this guy questions to determine his suitability as a boyfriend when chatting online, and don’t be afraid to invite him for a quick video chat. You’ll be able to see what he actually looks like and get a good sample of his personality this way. Hopefully, the two of you can keep a conversation going for at least 10 minutes on this call.

Finally, it’s recommended to Google this guy’s name before meeting up. You might be surprised by what pops up.

It’s screening, not ‘stalking’ and don’t let anyone tell you any different. A lot of women do this, because they value their time.

You can avoid a lot of wasted time on dates with unsuitable guys by following this process. So, don’t neglect to do it.

How to Go on Great First Dates

To turn a promising online dating match into a boyfriend, you’re going to need to meet him in real life. As important as it is to screen your matches, it’s also a good idea to meet relatively quickly after matching with a great guy. The best candidates are going to have plenty of options for women to date, and you don’t want to lose them to some other chick who acted quicker.

If you’re a traditional woman, you might want a boyfriend who is good at arranging fun and interesting dates. There’s nothing wrong with that, but don’t get suckered into thinking he’s a great catch, just because he found something fun for you to do.

If you’re screening for a great boyfriend, you’ll ideally be going on dates that give you time to actually get to know each other. That’s a no to the cinema, rock concerts, or anything where you’re being entertained by someone louder than each other.

You don’t want to be grilling this guy with serious questions on your opening dates. That’s a great way to intimidate him and scare him away. With that said, you do want to lead the conversation in directions that allow you to discover if he’s a good fit for you.

If you open up and share your real personality, he’ll be encouraged to do the same. That way, both of you can discover whether you have a real connection. That’s a smarter plan than ‘playing it safe’ and hiding the quirkiest parts of yourself.

A bit of alcohol is fine for loosening up, but too much can lead to you over-estimating how awesome this guy really is. That’s the most popular recipe for ending up in bed with another guy who wasn’t right for you. So, maybe hold off on the cocktails for the first couple of dates…

How to Be ‘Girlfriend Material’

To attract a great boyfriend, you’ll need to be a great girlfriend.

Yes, there’s a lot of feel-good advice being spread by the media, shouting about how all women are queens and you just need to find a man who can handle you.

The truth is: the best men are tied down by the best women. So, it’s in your best interests to make yourself as appealing to men as possible.

Here is a small list of attributes that most men appreciate in a partner:

If you can showcase these qualities in abundance, you’ll have no problem tying down a great boyfriend.

There’s a movement of feminists getting offended and trying to ‘cancel’ anyone who shares this information. As a woman, you have two choices when presented with these facts. You can get upset and tweet about it – or you can do your best to meet this criteria and enhance your chances of landing a great man.

The choice is yours.

There’s no reason to be intimidated by the idea of finding a boyfriend online. It’s becoming more common than ever and you now have the step-by-step guide to discovering a great man on the internet.

It’s a lot easier for women to find a partner online than men, because males outnumber females on most dating platforms in most parts of the world.

So what are you waiting for? Bookmark this guide, then go create yourself a kick-ass dating profile.