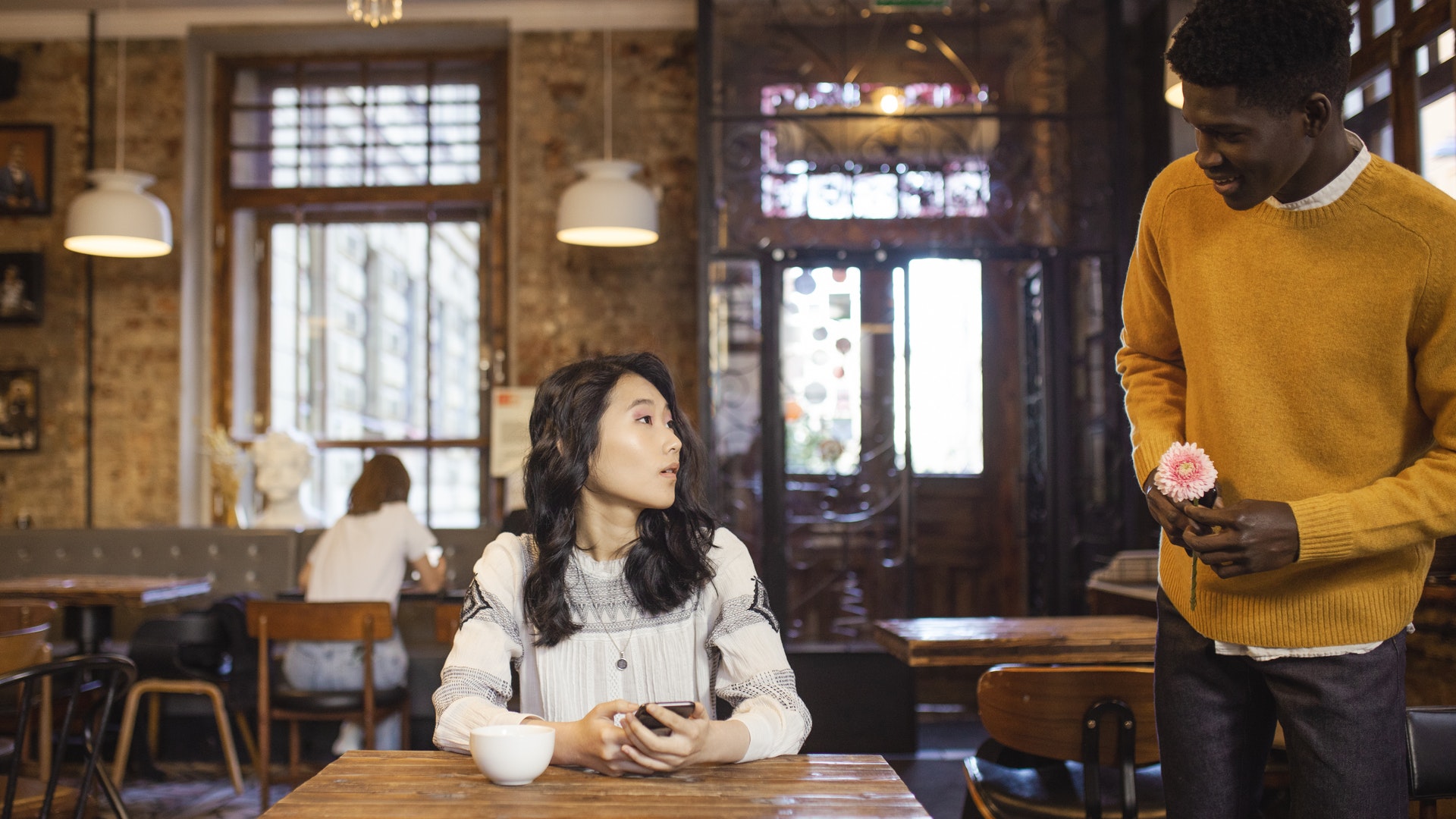 Are you wondering whether guys like being called cute? Maybe you’re considering calling your crush ‘cute’ to gauge how he feels about you?

The truth is: it’s a weird compliment to give a guy. Some men would see it as a compliment and be grateful. Others would prefer not to be seen as ‘cute’ because that’s a word used to describe feminine and childish things.

Below, we’ll explore why some guys don’t like to be called cute (and why some guys won’t mind). Plus, we’ll take a look at some different compliments you can give men instead of calling them a cutie-pie.

What Does Cute Mean?

In the Cambridge Dictionary, the definition of cute is: pleasant and attractive (especially of something or someone small or young).

This is an accurate definition of how most people perceive the word.

I’d suggest it’s also used to describe something feminine. It’s not uncommon to hear a dress or a romantic movie being called cute, even though these things aren’t necessarily small or young.

Importantly, the word is usually to describe small, young and feminine things. A baby. A kitten. A skirt. These aren’t usually things that men want to be associated with.

That’s why a man might not take it well if you call him cute. He might see it as insulting or patronizing, even if you didn’t mean it that way.

Let’s create a scenario to really hammer this point home.

Imagine a man is approaching you at the bar. If he’s a smart guy, he’s usually thinking about how he can come across as the dominant masculine force who can plow the daylights out of you in the bedroom, look after you in all situations, protect you from danger, provide an amazing life for you etc.

Now, imagine you call him ‘cute’. Yes, you probably meant it as a compliment. But it kind of bursts his bubble when he was trying to come across as a cool and powerful alpha-male

If you want to compliment his appearance and make him feel really good, it’s a safer bet to call him handsome.

What Compliments Should I Give To Men?

If you would like to compliment a man’s appearance, your best bet is to call him “handsome”. This is a masculine compliment, unlike ‘cute’. He’ll nearly always take this well.

“Hey Sam, you look so incredibly handsome in that suit.”

Better yet, if you’re feeling descriptive, you can explain how he makes you feel when you look at him.

“Whenever I see your smile, I go light-headed and feel the butterflies in my stomach.”

Complimenting his body is always going to be a safe bet too, especially if he’s someone who clearly works on staying fit and healthy.

“Damn, have you been working out? Those biceps are huge! Your abs are so defined.”

Some men would prefer you compliment their personality instead of their looks. If you take this route, go ahead and be honest about how you feel about him. Unique compliments based on your true opinion will always hit the mark.

“Sam, you’re so wise and intelligent. I feel like I could talk to you all day and never get bored.”

“Your drum solos are like nothing I’ve seen before. You’re so talented.”

“You make me feel so special. I feel like a million dollars whenever I’m around you.”

Perhaps you’ll agree these compliments are all around 100 times better than calling a man cute.

If you’d like to learn more about the secrets of the male mind and what they really want from their partner, I’d recommend you read Suzanne Venker’s book ‘Women Who Win At Love’. This book is packed with harsh truths that mainstream publications daren’t publish in this social climate. But women need to hear these truths! That’s why this book is widely regarded as a must-read for all single women hoping to attract their perfect soulmate.

Is It Really The End Of The World If I Call My Boyfriend Cute?

No, I mentioned that only some guys will have a problem with being called cute.

Those who are secure in their masculinity will surely be able to brush off this nickname, even if they aren’t particularly excited about it.

Also, there are plenty of guys who secretly love when their girlfriend gives them a sweet and adorable pet name.

So, go ahead and call your boyfriend cutie-pie, teddy bear or something even more ridiculous. If he likes you, he’ll probably grow to love this pet name.

In fact, you can go ahead and call the muscular alpha-male at your gym “cutie-pie” as well. It might annoy him a little bit, but hey that’s a significant part of flirting.

A suitable time to call a guy cute is after he says or does something adorable or romantic for you.

Maybe he told you that your eyes are bluer than the ocean, or he’s tied a bouquet of your favorite flowers to the knocker on your front door.

You can call him cute here, because it’s his behavior you’re describing, so a masculine man might be able to tolerate being called cute here.

Thanks for reading my guide on how guys respond to being called ‘cute’. I hope you now understand why most men really don’t appreciate being called ‘cute’, but that it’s not the end of the world if you go ahead and decide to do it anyway.

There are better compliments you can give him if you want to make him feel amazing about himself, and I hope you have a good understanding of what these compliments are now.

By complimenting him the right way, you have a great chance of developing a better connection with the man of your dreams.