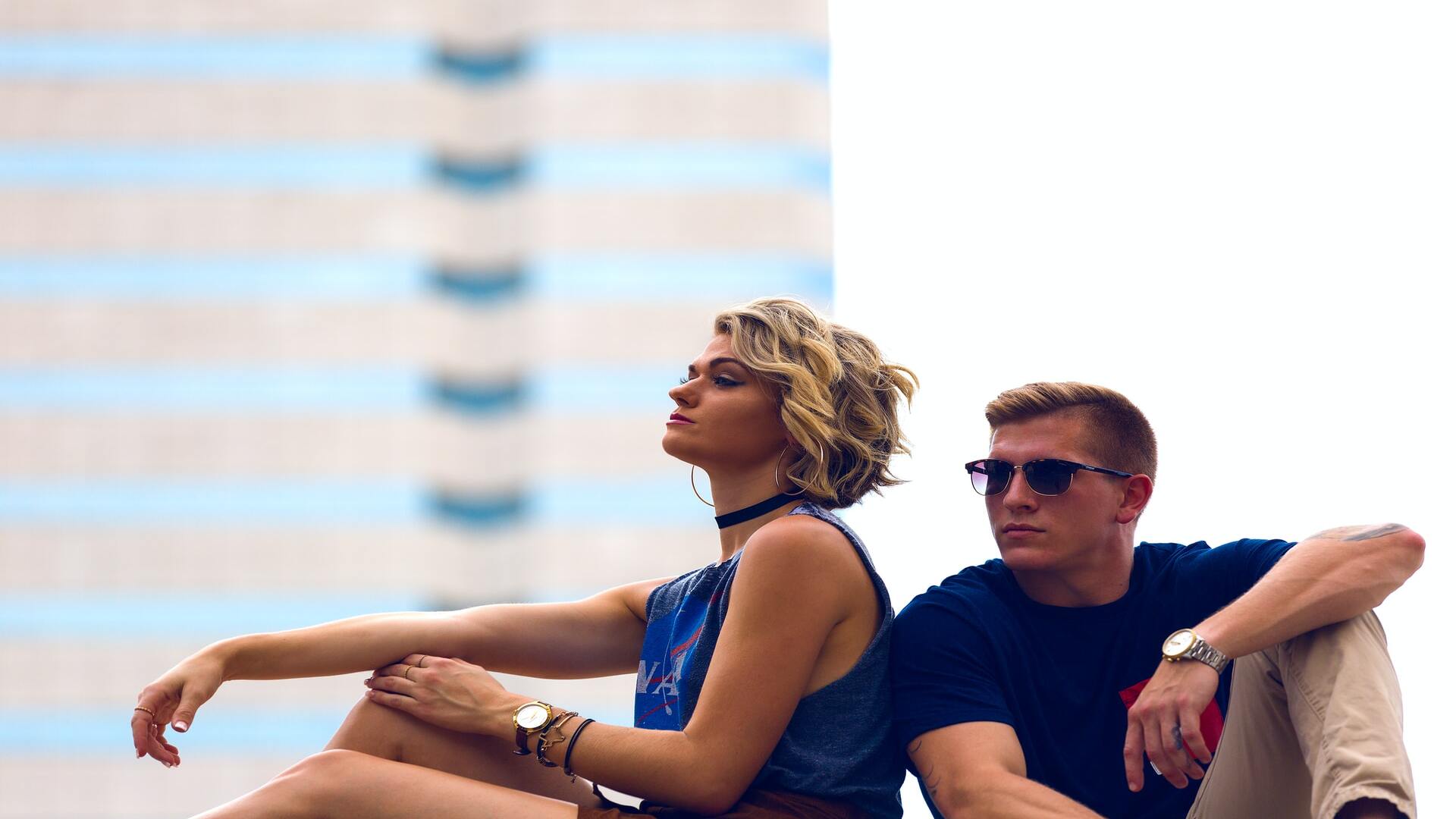 These are some of the most common red flags to look out for when dating.

Sometimes when you’re in dating you might think to yourself “This was a bad idea.” or “This person is crazy.” This can get ugly if you’re not careful because feelings are involved and passion is set in. This is great potential for disaster. The truth is you’re probably not blameless here because there are things to watch out for and they can be hard to pick up on sure but they can also be fairly obvious and give you a feeling of “This Is not someone I should be going out with.” This is

How to Notice Red Flags

When a relationship with someone is new, it’s usually going to be fun and carefree because we don’t yet know the person on a serious level. It only becomes obvious later on when it might be too late so I’m going to break this down from first meeting someone to being in a relationship.

This is the hardest to identify signs with someone because there are a lot of variables that could go into it. Maybe they’re just having a bad day or something has been weighing heavy on them. Maybe you can’t yet tell because this person is masking and pretending to be something they’re not. The truth is it’s a judgment call on your behalf but there are things we can watch out for.

When first meeting someone, it is important to pay attention to the things that makes people laugh because humor says a lot about what we think is ok to laugh at. For example, if they see someone trip and they laugh, it’s a little mean yes but it’s not uncommon. After all, it is easier to laugh at other’s misfortune. However, if they watch someone get into an accident, and the person laughs, it is alarming. Do they not think of the well-being of people?

Another factor to look out for when meeting someone is if they don’t treat strangers well. Life is a cold wasteland of circumstance that we are all cursed to experience and anyone who doesn’t put the effort to show kindness to people they don’t know really sets a bad mood. This can mean many things too since nice and mean are relative terms. A good trick to keep in mind is if they are smiling at strangers since the facial expression sends a message. Another checkpoint for being mean or nice is if they say please and thank you. Manners are common etiquette that most everyone’s parents teach them when growing up. If they ditch this part of an interaction, it’s a sign that they lack decency.

Speaking of watching how they treat others if you are on a date with someone at a restaurant and you want to get a feel for who they are as a person, pay close attention to how they treat the waiter/ waitress. The service industry is filled with rude customers and bad experiences so a decent person will not want to add trouble to these unsung heroes.

Watch the Things They Talk About

Pay attention to the things they talk about but also their perspective on these subjects. If someone is talking about death with no remorse this is a pretty clear sign that they lack empathy which is a common trait in nice people. However, it isn’t always so clear. Some conversation that will give way to who a person is is speaking about homelessness, race, poverty, and other similar topics. A red flag can be seen if they aren’t so sympathetic to situations that happen to so many people.

They Talk About Themselves a lot

If you are on a date with someone and they talk about themselves a lot. If it seems they can’t stray away from this topic, it is a big red flag. This shows that someone is self-absorbed and you want to steer clear of that because it’s a classic sign of narcissism which comes with lots of problems. Narcissists care about everything very little if it doesn’t involve them. This can be coupled with if they look at mirrors more than a normal amount. Again, it is common for people to talk about themselves and look at mirrors so pay attention if they do it more than a normal amount.

They Speak Badly of Others

Remember one day when you were hanging out with someone and they started speaking badly of another person. It probably emitted a nasty feeling because it’s not a nice thing to do. So if you’re on a date with someone and they start talking badly about a mutual friend, or a coworker of theirs, it’s a red flag because their perception is set to see the negative things about people and not just that but to malign them to other people. Just ask yourself how they’re going to speak about you to other people?

We’ve looked at the signs we should watch out for when we meet someone, but what about when you know someone and you may see something romantic happening? There are also signs to look out for. During this phase, it starts to get a little easier because you know the person’s personality and traits better.

If someone has a lot of secrets, it’s not a good sign because this means they’ve got other things going on that they don’t want other people to know about. It also means that they’ve practiced keeping secrets and might be better at keeping them hidden than you might anticipate. Secrets are toxic to relationships romantic or not so keep an eye out for it.

They Lie a lot

Lying is similar to keeping secrets but much worse because honesty is the trait of a good person. Someone who lies about little things is certainly lying about bigger things too. This could be failing to tell you about a crime or not revealing an addiction they have. Lies can very quickly destroy a relationship so it is best to stay away from liars in a romantic or platonic situation.

Now that we’ve gone over red flags when first meeting someone and once we’ve gotten to know them we can move on to when we are comfortable with people or dating them. Yes, there are red flags to look out for here as well.

They Call You Mean Names

Someone who says mean things to you does not respect you and that is probably not a situation you want to be in. Verbal abuse is not a good place to be in because it can easily escalate and turn to something worse

If you find the person you are dating is often making you feel guilty, this is a classic sign of manipulation and terrible to experience. If they guilt trip, chances are they are using other manipulation such as gaslighting which is a whole different nightmare to experience.

All couples fight. This is going to happen at one point or another. An important step after the fighting is saying sorry to the person you’re dating so you can move from it. However, if someone just doesn’t apologize, it means they don’t think they’re wrong subconsciously and this is a breeding ground for hate that will most likely not end well.

The most important thing to note is that red flags are about making the judgment call. If the person you are with gives you a bad feeling, you might want to trust your gut. Some classic red flags are paying attention to how they treat others, their perspective on issues that require empathy to understand, and if they are dishonest.