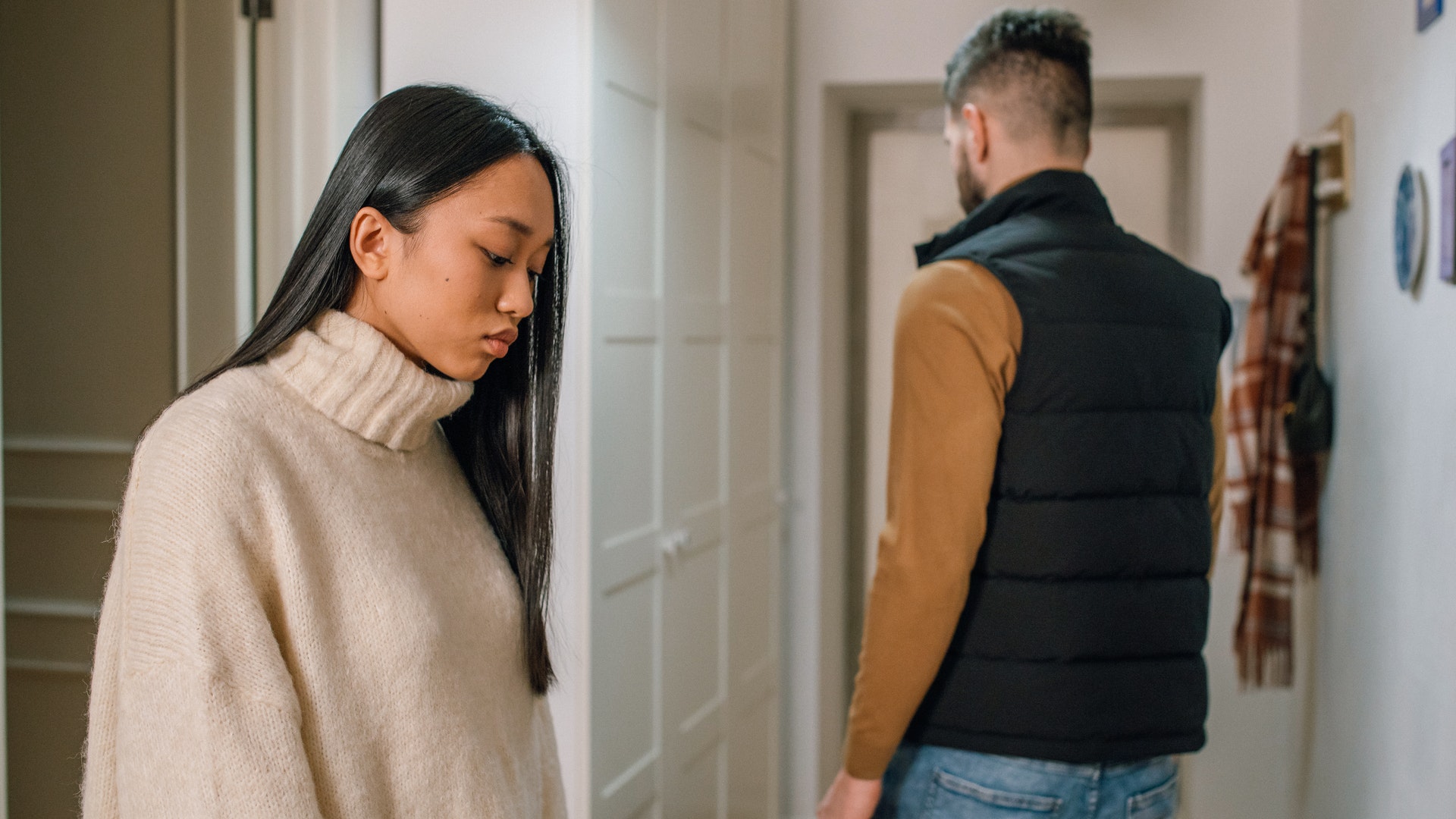 You’re about to discover what to do if your boyfriend looks at other females online.

When your boyfriend is ogling other females online, it’s best to first ask yourself why this is bothering you. Then, negotiate with him to stop doing it in a calm and loving way. If he does stop, commit to treating him better. If he doesn’t, be prepared to walk.

Read on for a deeper explanation of this advice.

Step 1: Ask Yourself Why This Is Bothering You

This step is not meant to patronize you or belittle your feelings.

But the fact is: there are plenty of girlfriends who would be totally fine with their partner looking at pictures of other women.

These women realize that it’s natural for men to want to admire other women, even if they’re in a committed relationship. They themselves might occasionally stop to appreciate the physique of Jason Mamoa or Channing Tatum.

So, it’s a useful exercise to ask yourself why it bothers you when your boyfriend scrolls through the pictures of Instagram models.

If the answer to any of these questions is YES, there are bigger problems in your relationship that need addressing. These problems won’t be solved if he stops following baddies on Instagram. So, aim to address the root cause of your frustration, rather than the behavior that brings it to the surface.

With that said, you might still decide that ogling other women online is disrespectful to you – and that you want him to stop.

That’s your call. It’s your relationship and you can set whatever boundaries make you feel comfortable.

The following steps will help you to address him overstepping this mark or any other boundary in a relationship.

You should follow them whether he’s just looking at girls, liking their photos, sending them racy DMs or whatever else…

Step 2: Explain Why It Makes You Upset

There are right and wrong ways to address things that upset you in a relationship.

The WRONG way is to be aggressive, blame him and threaten him. It’s even more WRONG to shame him or belittle him. When you do this, he’ll naturally feel an instinct to dig in his heels and defend himself, and often just as aggressively as you decided to be. In such cases, you’ll rarely achieve anything except a big fight.

The RIGHT way to solve problems is calmly, with love and respect. When you do this, the other party is far more open to changing their behavior to make you happy.

What if you started by reminding him how much you care about him, then focused on how you’re the one with the problem, not him. You could say how it makes you feel X, Y and Z when he looks at other women’s pictures and that you’d prefer if he didn’t do it. The chances of him stopping are far higher in this scenario.

If you’d like to be better at negotiating or resolving conflicts, whether that’s in your personal or professional life, I’d highly recommend you buy Dale Carnegie’s book ‘How To Win Friends and Influence People’ on Amazon. This is considered the classic text for building inter-personal skills and you’re losing out if you’ve not read it yet.

This isn’t to say that you’re to blame for him ogling other women!

Some men will stare at other females online no matter how great their relationship is, because they believe it’s a completely innocent and natural thing to do.

These guys will think it’s completely silly and unfair for you to ask them to stop.

However, the better you’re treating him and the more you’re fulfilling his desires, the more likely he’ll be to bow to your unreasonable demands.

At this point, he’s thinking: “Sure, she has this weird problem about me looking at girls online, but she does this, this and this, so I’ll let her win this one.”

When you commit to treating your boyfriend better, a great boyfriend will strive to treat you better in return. It’s a win-win – and as a wonderful side-effect, you’ll probably be less insecure about him looking at other women as a result.

Just to hammer this point home, consider the following; what if you were not fulfilling his desires or doing anything to excite him in the relationship? What if you just nag and spend his money? Do you think he’d be more or less likely to obey a demand that he thinks is unreasonable?

Step 4: LEAVE If He Doesn’t Stop

If you ask a partner not to overstep a boundary and he continues to overstep it, your only other choice is to leave him.

Let’s imagine you asked him to stop, then caught ogling women again tomorrow…

How does the idea of leaving him sound?

Does it scare you, or would you not think twice about doing it.

The answer says a lot about your relationship and how you really feel about this problem.

Most men would argue it’s harmless to look at other women, but if you really want your boyfriend to stop, you now have the blueprint to make that happen. Just be prepared to leave if he doesn’t stop.

Remember that focusing on the bigger problems in your relationship is always a good idea, as is negotiating in a calm and loving manner.