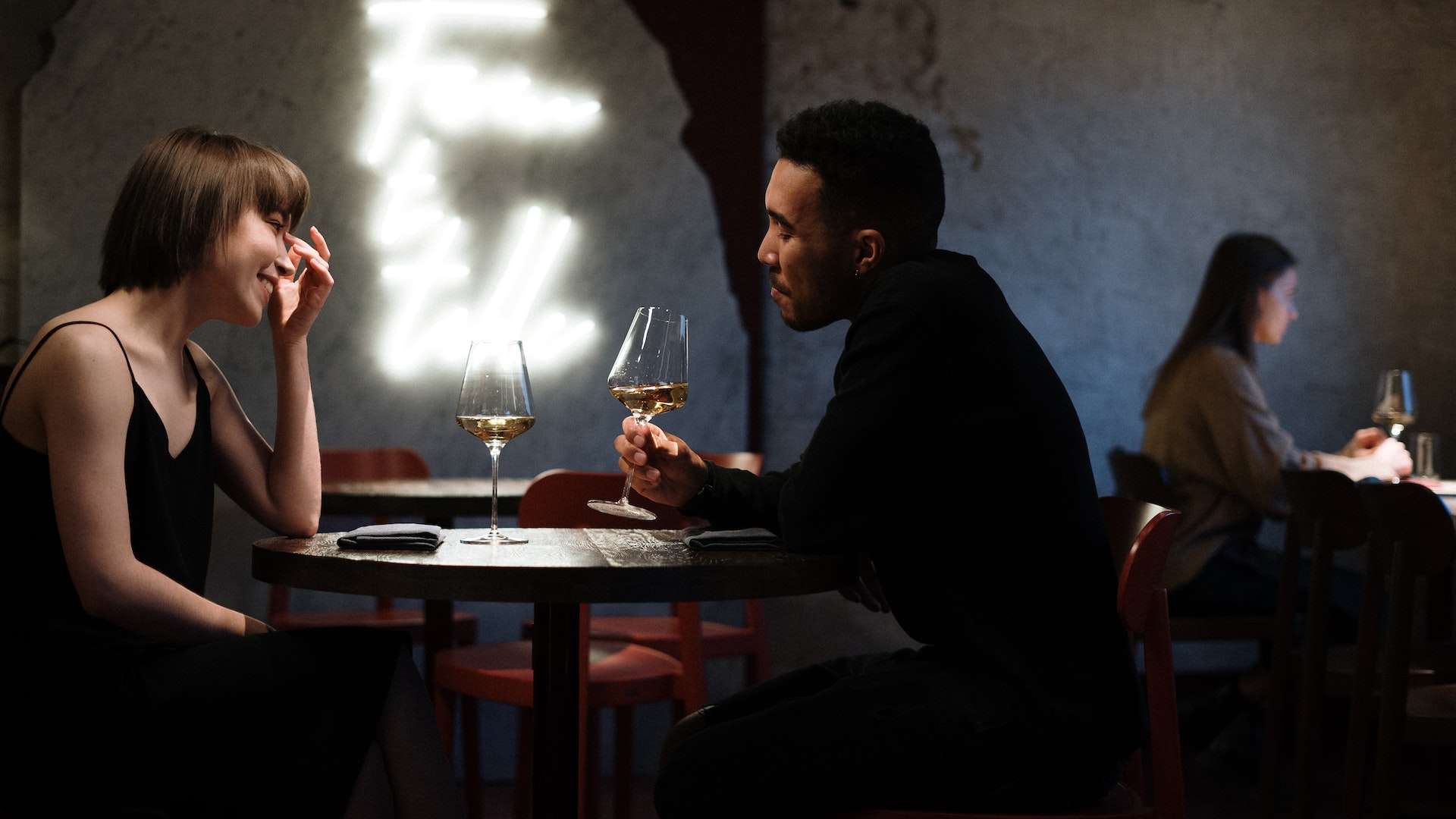 Want to know what are the best dating apps for short guys in 2022?

The best dating app for short men is EHarmony. This app matches users exclusively based on their preferences. If you’re short, you’ll be matched with women who are open to dating short guys and are most likely to love your company.

Match.com, Zoosk, Elite Singles and Silver Singles are all good shouts too. Below, you’ll get the lowdown on why each of these websites are likely to be effective for short men trying to date beautiful women.

What Are the Best Dating Apps For Short Guys?

Let’s explore some apps with different structures that play into short men’s hands.

EHarmony is one of the oldest dating apps having launched back in the early 2000s, but it’s still very popular and we still rate it as the number one dating app for short men looking to meet amazing women.

This website is aimed exclusively at people looking for serious relationships, and it has an incredibly effective algorithm to make that happen.

All users are required to complete a lengthy personality quiz as part of their registration – and their answers are used to create a compatibility score out of 100 with every other eHarmony member.

Then, they’ll be drip-fed a handful of their most compatible matches each day to message. They can’t message anyone else, only the users that eHarmony deems most compatible.

This stroke of genius means that men with amazing personalities are given a fighting chance at earning the attention of their perfect woman. After all, this woman won’t be overwhelmed with messages from less compatible dudes. Also, (you’d hope) that the high compatibility score would inspire her to read through your profile before sending you a thoughtful message. EHarmony creates detailed profiles based on your quiz results automatically.

Anyway, this all leads to the most compatible couples being able to connect without being distracted by less important things and less important people.

There’s data to prove it works. A reported 4% of weddings in the United States are between couples who met on EHarmony (more than any other dating app). Indeed, eHarmony’s own data suggests 70% of users will find their spouse on the app within a year.

Match.com is another of the old-school dating websites which first gained popularity in the early 2000s.

As well as swiping on suitable users one-by-one, you can use its search function to find a partner suitable for you.

There are many filters on its search function, although you can’t filter by height.

Match.com also recommends particular users to you, although the system isn’t anywhere near as advanced as the eHarmony algorithm.

It’s mostly popular with older singles (35+) and by this age many women are mature enough to look past superficial attributes such as height.

Zoosk is a super-popular dating app, which originated as a Facebook app and has now attracted over 40 million users as a standalone smartphone app.

Here again, you can choose between swiping on users one-by-one or using Zoosk’s search engine.

In either case, Zoosk will prioritize users it believes will be more compatible for you, based on your profile and your previous behavior on the website.

Elite Singles is another popular dating website, which utilizes a personality quiz and the search function rather than a swiping system. You can filter your search by a range of physical and lifestyle attributes, but height isn’t one of them.

It’s one of the more affordable dating websites and there’s a nice range of ages using the app.

Silver Singles is a niche dating website for over-50s.

Niche dating apps are a good shout for short men especially if you actually are in the targeted niche. That’s typically the most important thing for users, so there’s more chance of them overlooking other potential flaws. Plus, older women are typically mature enough to look past superficial qualities like height.

Silver Singles is a sister website of Elite Singles and it works exactly the same way.

If you want to know why certain dating apps are more effective for short guys, it’s important you understand why short men struggle with online dating in the first place.

The problem is: short men don’t meet the stereotypical definition of an attractive man.

The stereotypical short man isn’t masculine, strong or a good leader and these are seen by many women as essential qualities for a partner. There are plenty of short men who prove these assumptions wrong, but if you’re shorter than her, a woman might assume that you’re not one of them at first glance.

When you’re online dating, it’s going to be very difficult for you to defy those assumptions. All you get is a handful of photos and a written bio.

Yes, you should absolutely craft your profile to make you look as much of a masculine, strong leader as possible (especially when you’re short), but you’ll still find a lot of women won’t be able to look past the fact that you look shorter than her. The main reason for this is you won’t be to wow her with your amazing presence, charisma or sense of humor. You won’t be able to flirt with her, tease her or show off any of your personality traits. You literally only have photos and written words. This makes it so hard to make an emotional impact on a woman, so she’s left making logical decisions about who to swipe right on. Sadly, in this case, logic tells her that short guys are less likely to be her cup of tea.

What’s more, most mainstream swipe-based dating apps are set up so women will never have to ‘take a chance’ on someone who isn’t her ideal physical match. The uneven gender split and unlimited swipes offered on these apps makes it so even average-looking women will receive hundreds of matches provided they’re in a reasonably-sized city. Guys typically swipe right on 46% of women on Tinder, plus they outnumber women by three to one, so of course even the ‘plain Janes’ will be overwhelmed with options. The stats are similar on competing swipe-based apps too.

Since most women receive way more interest than they can handle, there is little need for them to focus on men who aren’t their exact logical type – and short kings are victims of these circumstances.

A confident, charismatic short guy could approach a babe in the real world, charm her, excite her and make enough of an impact to see her again. On the mainstream dating apps, he’ll barely be given an opportunity to secure a match or type any attractive woman a message.

Short men can win at online dating, but they’ll do themselves a huge favour by choosing the right app.

Now you have a list of the most effective dating apps for short men, all that’s left to do is create an account. I’d recommend Ice White’s book ‘The Message Game’ as a guide to help you craft messages that excite women and inspire them to meet you.

You’ve got this, king. Best of luck!