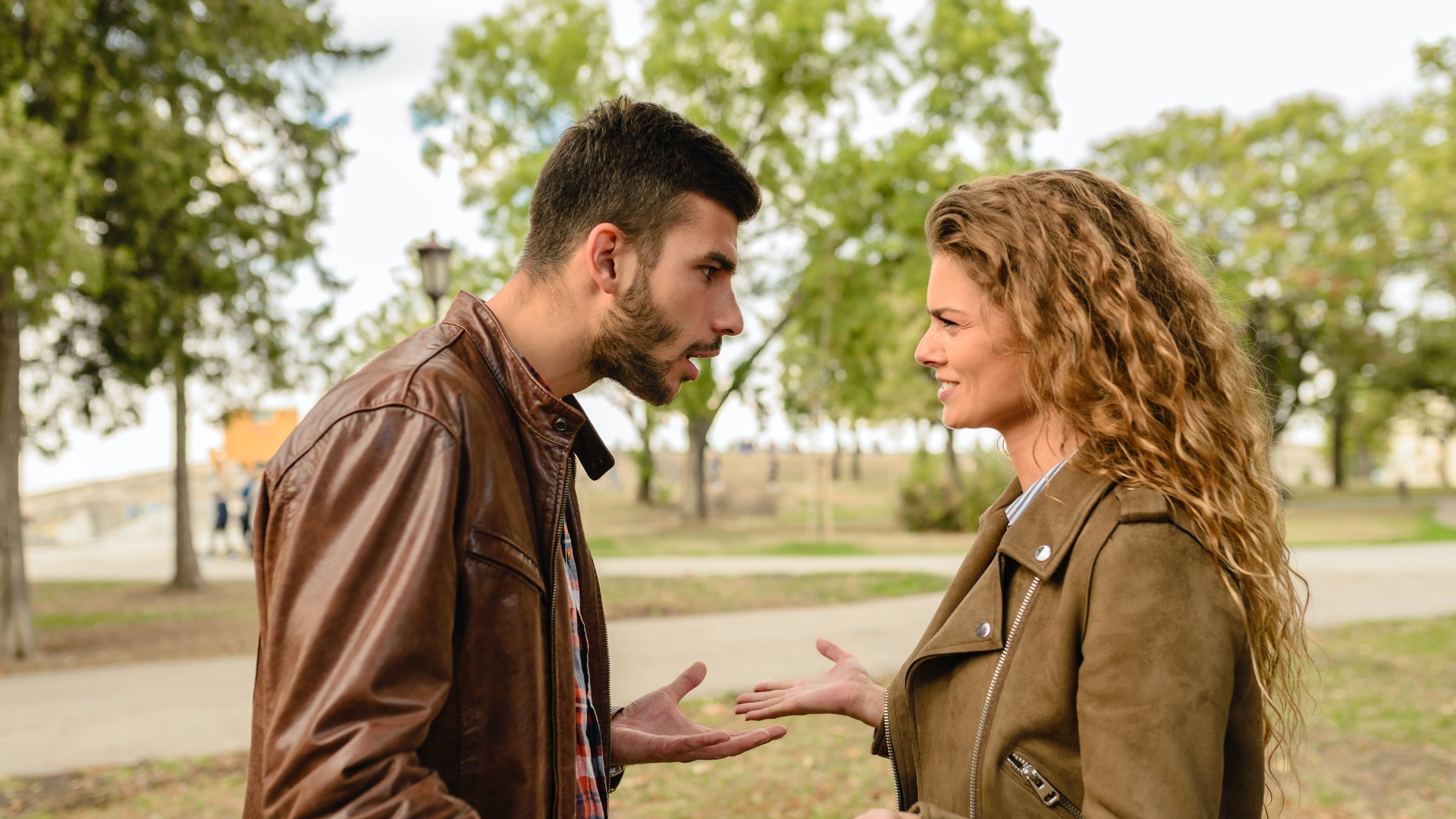 Are you confused about why a guy is getting so angry at you? Do you suspect it might be because he has feelings for you?

The truth is: a guy could get angry at you without having feelings for you. However, if he does have feelings for you, he might become angrier at any given situation than he would have done if he didn’t have this massive crush.

I’ll explain why this is the case in the guide below.

Do Guys Get Angry When They Have Feelings?

It’s possible for a guy to get angry at you without having feelings.

Romantic feelings won’t make a man show anger on their own either. That would be very strange if they did.

However, it’s true a man’s romantic feelings for you could cause him to over-react when you do something else to poke at his temper.

Why Romantic Feelings Cause a Man To Overreact

You’ve probably seen someone overreact with a disproportionate amount of anger before. When this happens, it’s a case of ‘the straw that broke the camel’s back’. In other words, there was something else annoying him besides the incident that tipped him over the edge.

That ‘something else’ could be his repressed romantic feelings for you.

When a man has romantic feelings that are unreturned – either because he is too cowardly to make a move or because his feelings were unrequited – it can build a lot of anger inside him. This could be frustration with himself for not making a move, or frustration at you for not returning his feelings.

Either way, it can really eat at a man. A lot of men’s self-esteem directly correlates with their ability to attract women. A lot of men (rightly or wrongly) feel like their life would be much better if only that one special woman would agree to be their girlfriend. A lot of guys become very tense when they haven’t got any action in a while.

This can lead to the slightest inconvenience exploding the bubbling volcano of rage inside them, especially if it’s triggered by the woman who he has such strong feelings for.

Bear this in mind if you spot a friend of yours overreacting towards you.

How Can You Tell If a Guy Has Feelings Towards You?

We’ve published a separate post on the signs that men have romantic feelings towards you.

Here, we’ll focus on how to tell if a guy’s anger is partly caused by the crush he has on you.

The best way is to ask him (ideally after he’s calmed down and is in a better mood with you), why he got so angry before. Often, you’ll notice him stumbling over his words and unable to keep eye contact, because he’s scrambling to think of a lie.

So, press him again. Tell him he can be completely honest with you. This might give him the courage to admit the truth of his feelings for you, especially if you’ve been getting on well beforehand.

It’s then down to you to respond. You’ll either tell him that you have strong feelings, or explain that you only like him as a friend.

Should Men Be Praised For Getting Angry Over a Woman?

Don’t be surprised if this guy’s anger makes you more attracted to him.

There’s every chance he showed dominance, passion, bravery and authenticity during his fit of rage. These are all qualities that women tend to find very attractive in a man. If you only saw him as a friend beforehand, there’s a good chance you didn’t think he had any of these qualities.

Still, this behavior definitely falls into the category of ‘toxic masculinity’. It sets a dangerous precedent to praise a man for losing his temper with you. This will only prime him to do so again, the next time he disagrees with you. He might also end up thinking it’s a good idea to get angry with other guys in front of you, and that could put you both in great danger.

If you want to pursue a relationship with this angry guy, go ahead. But don’t make the mistake of allowing him to think his anger is what made him so attractive.

If you’re interested in learning more about the key differences between men and women, I recommend you buy the book Men Are From Mars, Women Are From Venus by John Gray. This book was published back in the 1990s, but it remains the most insightful text for explaining the differences in gender psychology.

The link between anger and romance might seem a little strange. Hopefully, you understand it a little better now.

Also, if you’re not attracted to a man, it’s in both of your interests to let him know as quickly as possible. It’s a potentially awkward conversation, but it will stop his frustration at being in your friendzone building into a violent rage over time.