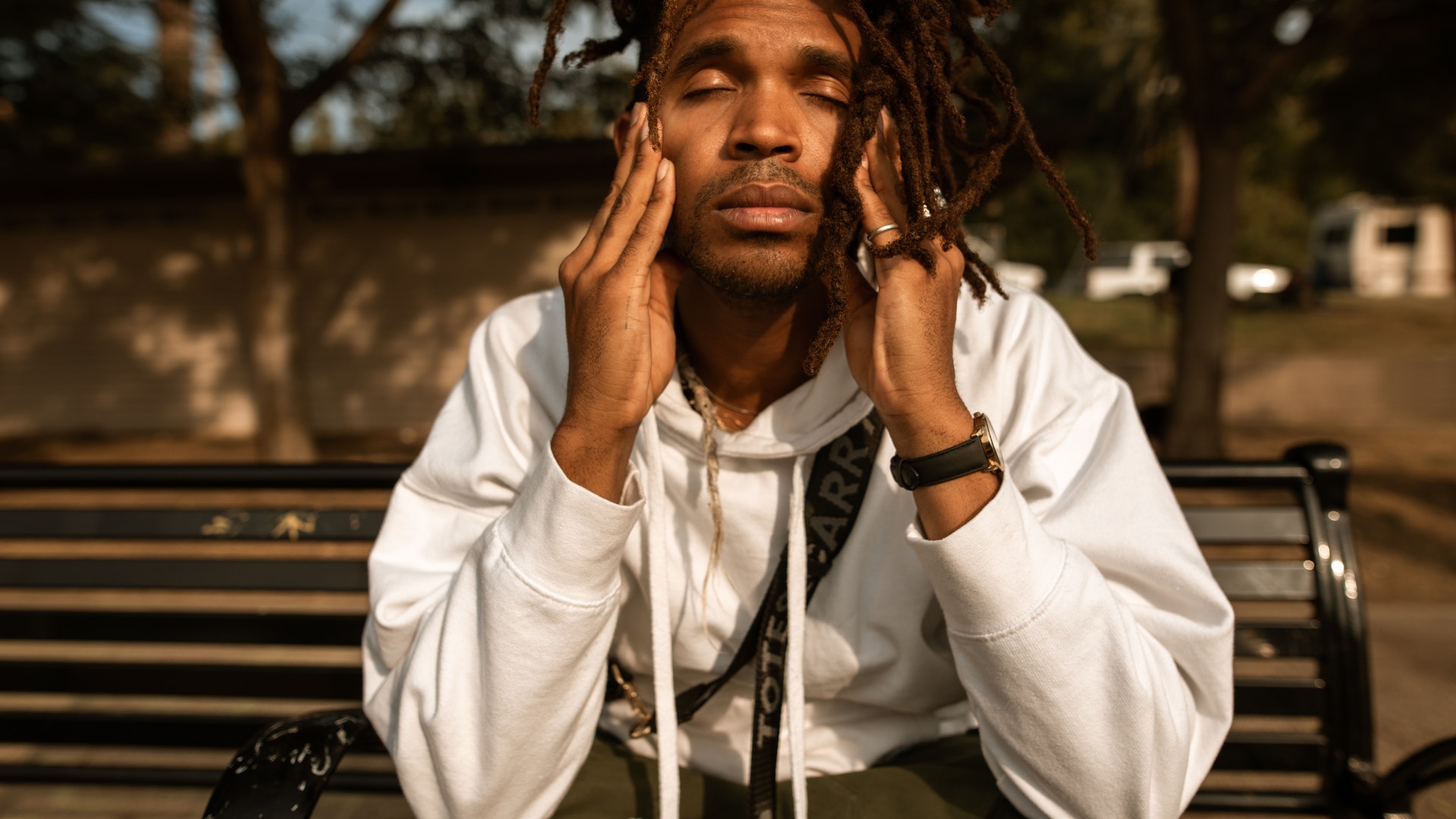 Your beauty intimidates a lot of men. That might sound crazy but it’s true. There are probably several guys who like you, but are too intimidated to directly ask you out.

If a guy likes you but is intimidated, he will often avoid talking to you completely. However, he might decide to talk to you while hiding his romantic intentions. Or he might try and flirt with you, while showing all the classic signs of nervousness.

In the guide below, we’re going to look deeper into these telltale signs of romantic intimidation and explore a few more of them.

The 15 Most Common Signs A Man Is Intimidated By You

The more of these behaviors a man shows, the more likely it is that he’s both smitten and intimidated by you.

He Avoids Communicating With You

When a man is intimidated by you, he’ll tend to assume that all romantic communications will end up going very badly. His fear of rejection will often stop him from saying a word to you.

He Takes The ‘Friends First’ Approach

If a man is intimidated by you, he might be brave enough to approach you, but too scared to admit that he’s attracted to you. Instead, he’ll offer up a platonic conversation and try to swap contact details on the premise of anything other than a date.

These guys will typically try and hang out with you as much as they can under the guise of friendship, while secretly waiting for the right moment to make their move. They become your ‘orbiter’. Usually, these cowardly guys will only reveal their true intentions after you show a clear sign that you’re attracted to them.

A lot of skeptics will tell you that men and women can’t truly be friends, and all your male ‘friends’ are simply waiting for the opportune moment to hit on you. While it’s probably not true to that extreme, the chances are: you probably already have a few orbiters masquerading as friends.

He Texts Instead Of Talking To You In Real Life

Texting is a lot less intimidating than face-to-face conversations for nervous guys.

When you text, there’s no pressure to come up with a great response straight away. There’s no worrying about what to do with your voice, your face or your body language. There’s no potential embarrassment of being rejected in front of other people.

With that in mind, perhaps you can see why an intimidated man who likes you would text you a lot, without talking to you in real life.

He Can’t Be Normal Around You

Intimidated men can’t be normal around you, because they don’t think their normal self is good enough to impress you.

Instead, they might try and put on a ‘cool’ persona, which usually ends up being completely see-through.

He Tries To Bring You Down

This is a more toxic behavior which men resort to when they don’t feel good enough.

Instead of trying to raise themselves up to your level, some men will try to bring down your self-esteem with sly comments or back-handed compliments. This is called ‘negging’.

He Talks Loudly Around You

A man who is too intimidated to approach you might resort to behaving rambunctiously around you, in an effort to make you approach him.

He Tells His Friends Why He Doesn’t Want You

If you’re objectively beautiful but a man is too intimidated to talk to you, he might verbalize his excuses to his friends.

“Urgh, she’s such an attention-seeker.”

“I prefer the girl-next-door type.”

“I bet she has a boyfriend.”

“She belongs to the streets.”

“I already have a date next week.”

It’s possible for a man to be brave enough to approach you, but still intimidated by your beauty. A lack of eye contact is a classic sign of nerves that you’ll notice if a man feels this way.

If he can’t keep still or doesn’t know what to do with his hands, those are two more signs he is intimidated. Nervous laughter is another telltale sign.

He Runs Out Of Things to Say

When we’re intimidated by someone, we often become socially anxious and run out of things to say.

This can happen because our mind is so preoccupied with our anxiety that there’s no room left for creativity. It also happens because nothing we can think of saying seems ‘good enough’ to impress this person we’re intimidated by.

He Supplicates Beyond Belief

When we’re intimidated by someone, we often resort to over-complimenting to make them like us.

He Lies to Impress You

This is another telltale sign of someone who doesn’t think he’s ‘good enough’.

He Ducks Out Of Conversations Early

If a man is attracted to you but also incredibly intimidated, it might take all his willpower to come over and start a conversation. If the conversation doesn’t go amazingly well straight away, he might find himself without enough mental strength to continue.

That’s usually the reason why men end conversations prematurely with women, even when the women were somewhat enjoying their presence.

The final challenge for nervous men to overcome on their seduction quest.

It might be that he overcame his fears, approached you, won you over, took you on a nice date, invited you back to his place, took you to his bedroom, started taking your clothes off, only for his junk to let him down at the finish line.

Nerves are the main cause of ED in young men – and it’s somewhat common for this to happen when a man is intimidated by his partner in the bedroom.

It’s your job to calm him down at this moment. Don’t pressure him or shame him. There’s still a chance you can both get some action if you can help him relax.

He Stalks Your Social Media

If you have an account on that well-known saucy social media website, there’s every chance he’ll pay to see your pictures there.

How To Help A Man Be Less Intimidated By You

Maybe you’ve already decided you don’t want to date a man who does any of the things in this list. That’s your prerogative.

However, there’s only really one type of guy who shows zero nerves around beautiful women; a player. You’ve been warned.

Meanwhile, a lot of the men who get intimidated can become fun, exciting and masculine guys, once they get over their initial nerves. You’re throwing away a lot of potentially great boyfriends by not giving these guys a chance to pull themselves together.

So, how can you do this?

A great start will be to look more approachable. Hold eye contact and smile at men. Try to get rid of the resting ‘mean girl’ face. You don’t have to look easy, just approachable enough to not be intimidating. This will inspire these great guys (deep down) to approach you, over every other woman in the venue.

If you notice them showing any of the listed signs of intimidation, you can reassure them. Call out their behavior, then say: “You don’t have to act like that around me. Just be normal.”

This should help them to bring out their true selves. If their true self still isn’t exciting you, there’s still time to dismiss them, knowing you did your best to help them out.

There are more tips like this in Suzanne Venker’s book ‘Women Who Win At Love’. This book addresses the uncomfortable truths about dating that mainstream publications neglect to mention. There’s no better guide out there to help women tie down their dream man.

It might shock you to learn just how many men are intimidated by your beauty.

That’s because these guys never make their feelings known. They’ll spend all their energy trying to convince the world they’re not attracted to you.

Anyway, now you have a guide for spotting men who like you but are too intimidated to do anything about it. You can use this to learn which men to give extra encouragement, or to discover which men to avoid. It’s up to you.